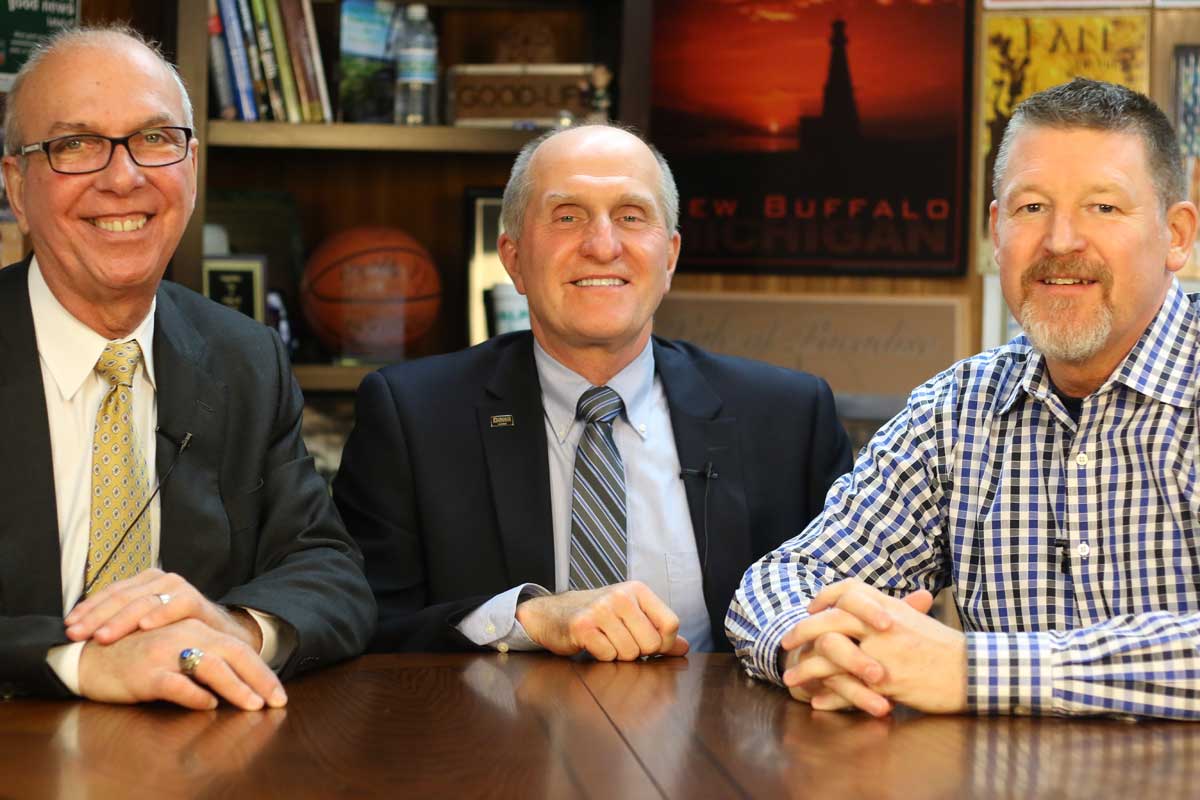 The trio began the conversation about the history of the two campuses and how each campus' unique traits helped form the culture and the programs offered by Purdue. The Calumet campus saw more programs geared toward educating students in the manufacturing and industrial arenas, while the North Central campus saw more liberal arts programs due to its proximity to Michigan City, a local hub for artists. 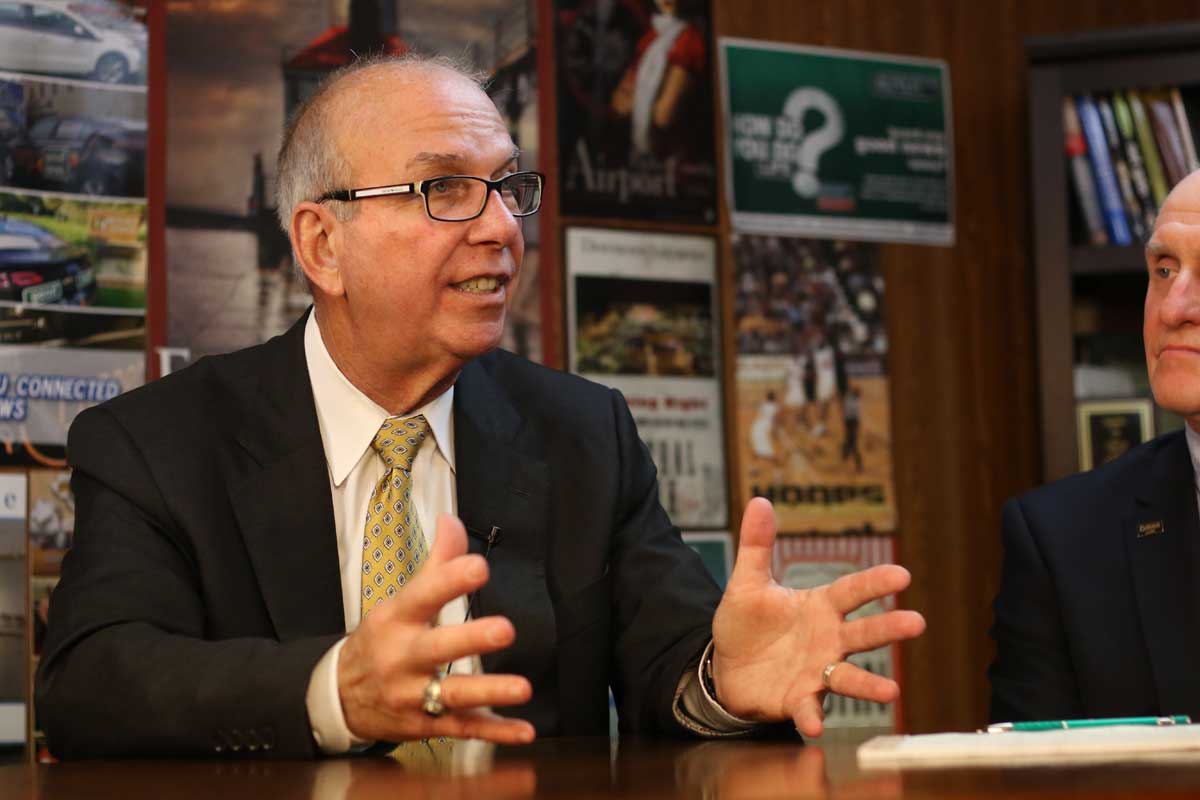 The discussion then ventured to athletics and combining the Calumet and North Central programs, which, for this final season as distinct universities, continue to be conference rivals in the NAIA Chicagoland Collegiate Athletic Conference. In bringing the two campuses together, Keon believes a single athletic program of teams representing a 15,000+-student Purdue University Northwest is more compatible competing with similar sized universities in NCAA Division II. In fact, soon after this interview, the NCAA II Great Lakes Intercollegiate Athletic Conference invited the emerging Purdue University Northwest into its membership.

Chris then asks the administrators about examples of groups coming together as the transition introduces a large change in the lives of faculty and staff. Keon cited the two campuses' Psychology programs and website teams as two groups in particular that stood out for their teamwork.

As the conversation continued, Lukoshus weighed in with how important communication is throughout the transition, “You need to keep reinforcing that message on and on and on, because change can be difficult to fully understand,” said Lukoshus. “So much is happening in such a fast-paced period of time that the messages are vital to helping get people on board to understand what is taking place.”

The conversation then shifted to the world of higher education in general, and trends that led to the unification of the two campuses. Keon believes cost of higher education, asset allocation and a high level of competition for funds are three key components impacting the change. 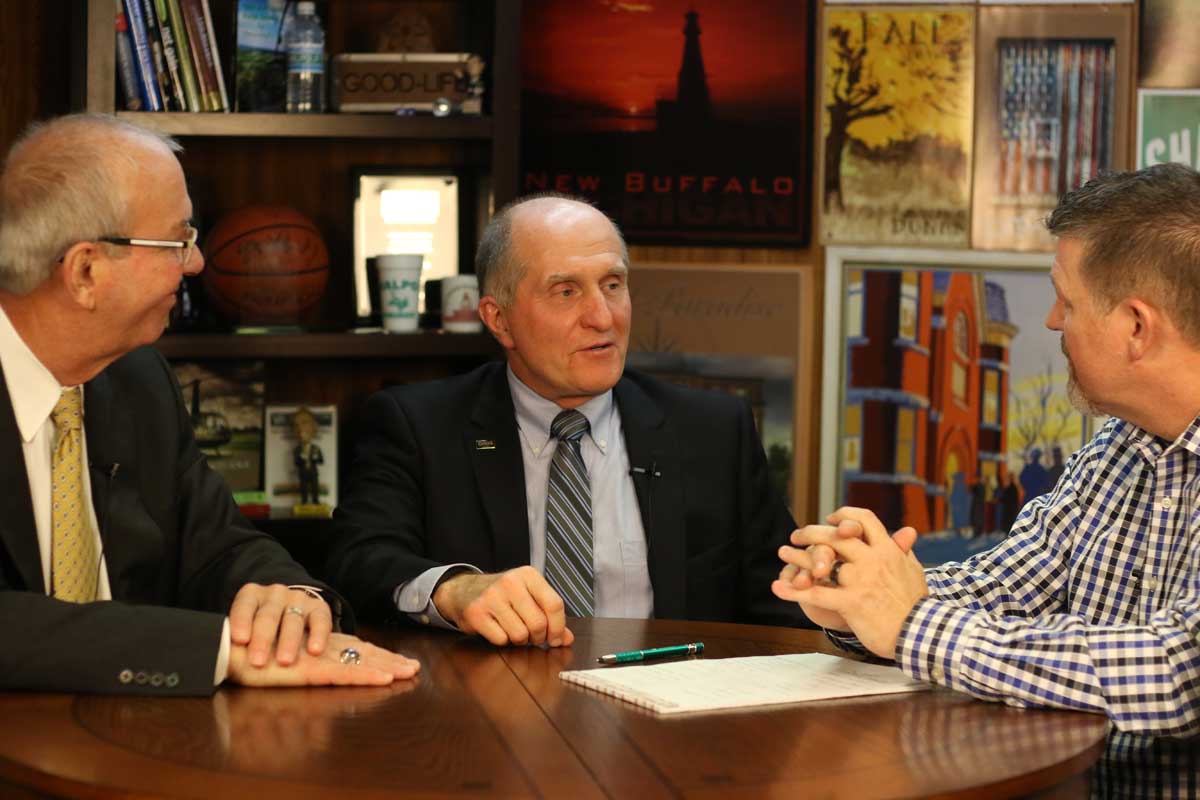 “When we talk about two universities combining resources, combining intellectual capital - we’ve doubled our force, so we’ve got all that expertise spread across Northwest Indiana,” said Lukoshus. "We’re poised to make a difference in our region, poised to work together as a university and poised to reach out and benefit Northwest Indiana.”

The trio then talked about using this transition of two respected universities into one as an example of how groups and organizations across Northwest Indiana can work together toward a common goal.

The final part of the conversation delves into the timetable of the rest of the transition, which includes accreditation approval, mascot roll-out, a new website and more.

You can listen to the full conversation in this edition of the Northwest Indiana podcast, and check out a few highlight videos of the conversation below!

The Unification of Purdue Calumet and Purdue North Central