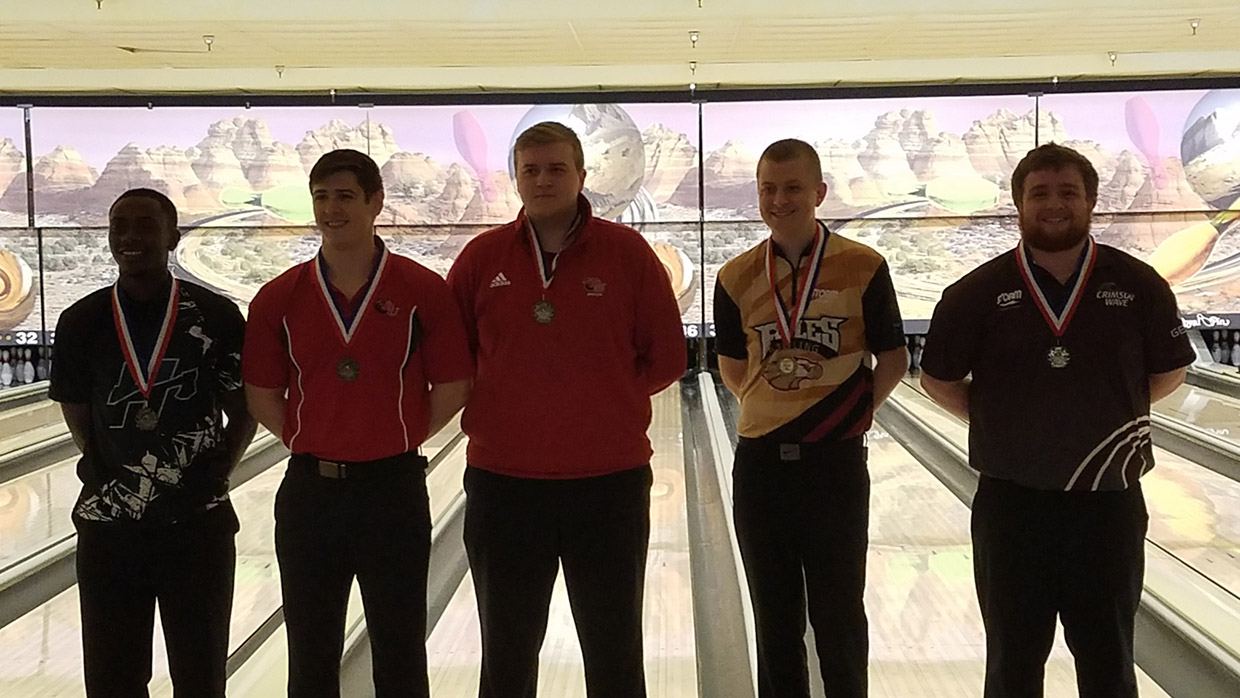 After two tournaments that saw the Calumet College of St. Joseph men's bowling team garner less than ideal results, the squad looked to simplify their game. Fortunately their approach of getting back down to fundamentals worked, as the Crimson Wave earned a second place finish at the Columbia 300 Western Shootout this past weekend in the Indiana state capital.

HOW IT HAPPENED
Saturday started with the men's individuals hitting the boards to partake in the singles portion of the tournament. When all was said and done after the six game series, Petey Vergos captured the crown with a 228.80 average, helped along by two games that finished above 255. Tyler James (SR/Deltona, Fla.) and Nicco Vicari (SR/Orlando, Fla.) also did well for themselves, with James placing 14th and Vicari ending up ten spots behind in 24th position.

When it came to the team side, the Crimson Wave were among the top teams all weekend. After finishing day one in second place with 5985 pins, they closed the game even more on eventual winner Robert Morris University. Closing the gap by 150 pins on Sunday, regardless of the end result, showed the fire and passion from the men's bowling team that we were so used to seeing all last season. Coach Mike Kubacki's hopes are that this near victory will kick start his squad in the second half of the fall schedule.

WHO'S ON DECK?
The Crimson Wave will now take a couple of weeks off before picking up the rocks in competitive action. They will then head to Highland Park Bowl in Moline, Ill. to try and win the two day Leatherneck Classic event.

For up-to-the-minute Crimson Wave sports news, including a full recap of the next tournament, visit us at ccsjathletics.com or download the CCSJ Athletics App on Google Play or the iTunes store. You can also follow CCSJ Athletics on social media on Facebook, @CCSJAthletics on Twitter and @crimsonwaveathletics on Instagram.