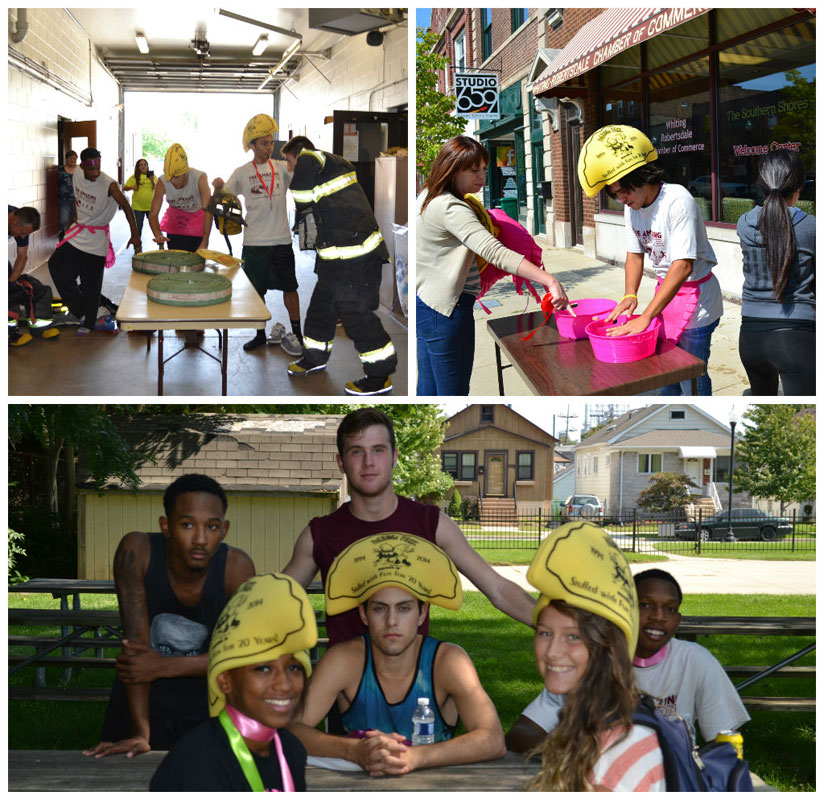 Calumet College of St. Joseph now has nearly 150 students renting apartments in the Calumet Region. Over 30 of these are international students. They come from Brazil, Nepal, Venezuela, Mexico, Columbia, Vietnam, Canada and Great Britain. In an effort to get them to know the Whiting-Robertsdale area, the idea of staging an “Amazing Race” was born.

On the television show, teams are given a number of tasks or challenges in a city and race to complete them, introducing them to the city. The College approached the Chamber of Commerce, a number of merchants and other city entities, and everyone jumped in with both feet.

Teams were given a series of 13 tasks to complete. Some of the tasks on campus included creating a product in art that they could then sell to investors a la Shark Tank, identifying serial killers in Criminal Justice, doing an experiment with a pumpkin in Science, and identifying statues.

Downtown Whiting then became the focus as teams ran down New York Avenue. At Chrislove they frosted and ate cupcakes. Karen and staff at the Chamber had them don pink Pierogifest aprons and Pierogifest hats as they had a pierogi toss (some never having seen one before). They all loved the outfits! Kathleen at the Junkyard refereed a flippy cup contest and then they ran to the Fire Station. Fire Chief Gus Danielides instructed them how to put on the equipment and they then ran 100 feet with the fire hose. This one was everyone’s favorite task! Oil City Stadium was the last task downtown where they performed the “dizzy bat” event. Then it was back to campus for a cookout.

Ironically, the 2nd place team was comprised of two young men – one from Highland and one from Venezuela. The Highland resident said the college must have done a good job of orientation, because his partner knew exactly where everything was while he was totally lost!

A special thanks to Dee Young of Chrislove, Kathleen Ulm of the Junkyard, Mike Nastav from Oil City Stadium, Karen Anaszewicz of the Whiting-Robertsdale Chamber of Commerce and Fire Chief Gus Danielides of the Whiting Fire Department for giving these freshmen a warm Whiting welcome!