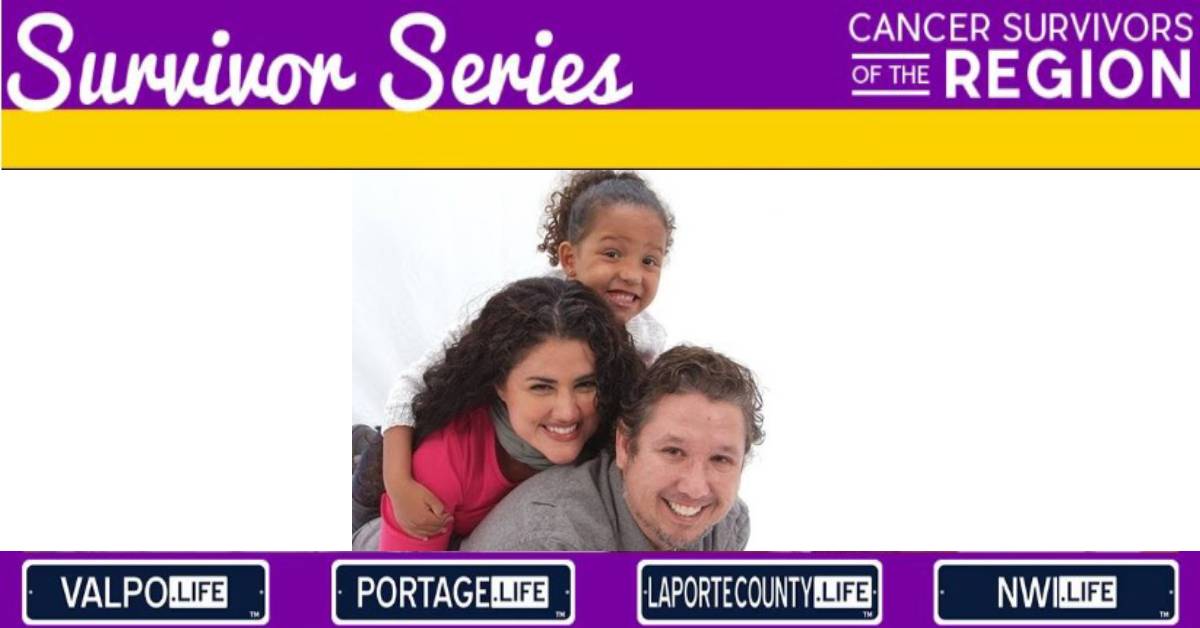 Steve “Beaver” Lopez has never been one to let obstacles slow him down. It’s how, at age two, he got his nickname.

“I used to chew on my baby crib,” he explained. “I ate one of the wooden bars so my parents gave me the name 'Beaver.’”

So when Lopez was diagnosed with testicular cancer at age 35, he knew he wasn’t going to let it stop him. Sitting there in the doctor’s office, stunned, he had one clear thought.

With the long history of cancer in his family— his mother, aunts, and grandfather all having battled the disease— he knew from experience that there was no time to waste. Two weeks after the diagnosis, he was in for surgery to have the cancer removed.

And yet, the postoperative test results were still high enough to be concerning. He and his wife, Rae, traveled from their home in Northwest Indiana to Indianapolis to see a specialist— a doctor who had worked with Lance Armstrong.

After a consultation, Lopez went through a second, 8-hour long surgery that removed 14 lymph nodes, 10 of which showed evidence of cancer. When his second round of postoperative tests once again came back high, he determinedly started chemotherapy.

“It’s pretty heavy-duty stuff,” Lopez said about the chemo drug regimen. “But luckily, it knocked it all out, and since then, I’ve been good.”

Despite being in and out of the hospital several times during the course of his treatment, his spirits never dampened.

Lopez attributed much of the strength and positivity that helped him through the surgeries and chemo to his wife of 20 years. Together, they joked to keep his spirits up.

“My wife has been a really big part of my healing. She’s just awesome,” Lopez said. “She’s been to every surgery I’ve ever had. She’s always there to take care of me.”

“We have a lot of fun— we laugh, we giggle, we try to make laughter a big part of our healing,” he continued. “We have big faith in God; we are both Christians and that helps, too.”

In testament to that faith— in God, in each other, and in his recovery— Beaver and Rea adopted a baby girl in 2009.

Before beginning his battle, Lopez was an active, prolific, and well-loved member of the regional, national, and international music scenes. He played with a Pearl Jam cover band named “Even Flow” and through that work built himself a strong local community of performers.

As the end of his chemo regimen neared, and the medical bills started to pile up, his music family rallied around him to help. On his last day of chemo, they held a benefit concert to help cover the costs of his care. The event, named “Beaver’s Ball” (pun intended), raised over $40,000 to help pay for his care. It was so successful they held it again for the next two years, with each subsequent year benefitting another local cancer survivor.

“That was really cool,” he said.

A couple of years ago, he started performing shows again. The cancer had complicated his recovery from an earlier vocal polyp surgery, which combined had kept him from returning to his passion for many years.

“It’s fun to get out there still and just play,” Lopez said.

Living in a body that has fought, and won, battles with cancer, bad knees, carpal tunnel, vocal polyps, and more is not easy.

"On a daily basis, I probably have a pain from my chin down to my toes of probably about a good six, on a scale of one to ten. My body always hurts, but it's something I've adapted to," Lopez said.

But those struggles didn’t slow him down. In 2010, he went back to nursing school and became a registered nurse. After graduating, he worked on an oncology floor for five years, followed by a short stint in hospice. Currently, he works in the emergency room and serves at the RN Liaison at St. Mary’s Medical Center.

“I am able to sympathize with and have empathy for all of my patients. My body has endured a lot of these symptoms that people come through with,” Lopez said.

It especially meant a lot to him to be there to give comfort to other cancer patients when he worked with the oncology team. After Lopez was diagnosed, he and his wife relied heavily on the advice and support from other survivors they found through Facebook, and he appreciated the opportunity to do the same for those in his care.

“When I was on the cancer floor, I was able to really reach out and give comfort to a lot of the patients,” he said. “And give them a sense of hope, as well, that just because they have cancer, that doesn’t mean there aren’t things you can still do.”