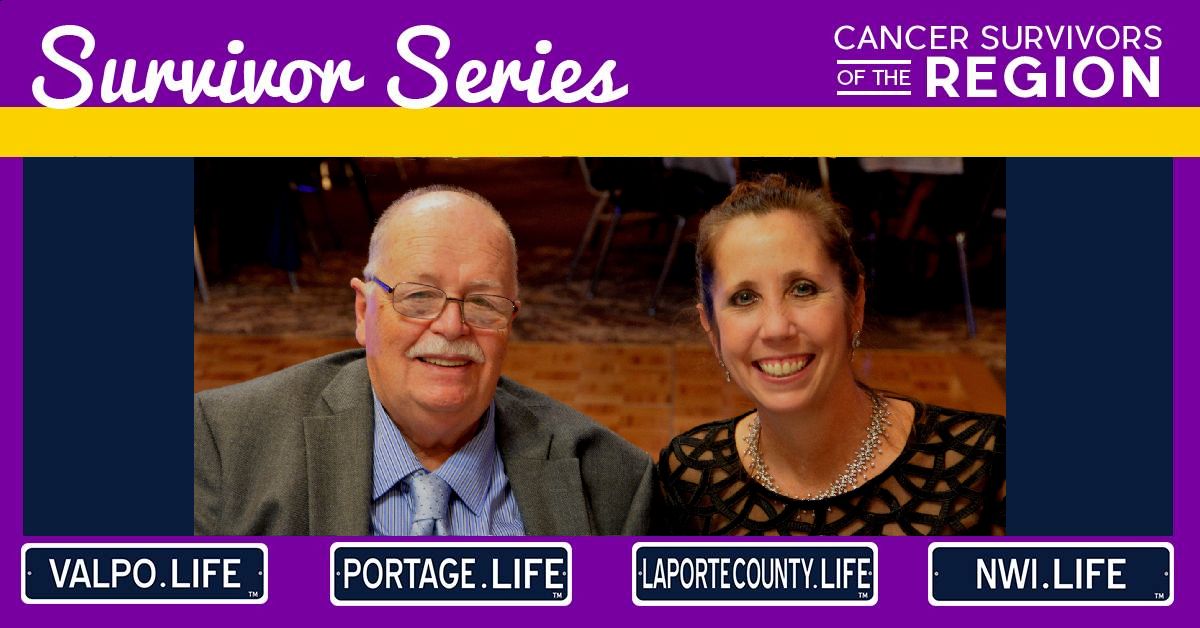 Kelly Hooper, resident of Crown Point, Indiana, has always gone in for her yearly mammogram. For a couple of years, Hooper had some issues and was told that she had dense breasts. Due to these issues, Hooper would have fluid withdrawn from her breasts.

“The last time, it seemed to be attached to a nerve that was bothering me,” Hooper said. “Plus, the texture of the left breast looked almost like the skin of an orange.”

The doctors wanted to do a biopsy to see if they could learn more about what was causing these issues for Hooper and if it could be treated.

“They had asked me before I walked out that day if I was going to come in for the results the next day, and I said I'll just call,” Hooper said.

Hooper did not want to take time off of work to come in the next day; the doctors, however, asked her again if she could come back in person to hear the results. This led Hooper to think that they might have found something. In the early months of 2013, Hooper was diagnosed with breast cancer.

“I went in by myself, and they did tell me that they think it's some kind of cancer,” Hooper said. “They told me at the time that it was either stage zero or stage one.”

At the time of diagnosis, no one in Hooper’s family knew what was going on, so she told her family once she left her appointment.

“My mom and my sister went with me to my following oncologist appointment,” Hooper said. “They both had questions, and my sister took notes.”

Hooper had surgery to get the cancer removed in April 2013. She was having consistent issues and decided to have a double mastectomy. Even after her surgery, when Hooper would go in for her scans, she had a feeling that the cancer that was originally diagnosed as a stage zero or stage one was much more serious.

“That's when he had told me that it involved four nodes on my left arm and the size of the tumors were nine centimeters. It was stage three,” Hooper said.

Hooper did chemotherapy and radiation treatments, and she expressed how upset she was at the situation at first.

“I remember going in and I wanted to cry because I was thinking, ‘This isn't for me. I'm not doing this.’” Hooper said. “I thought to myself that if I don't do this, I know where I'm going to be; I need to do this, and I just need to suck it up.”

Hooper went through six months of chemotherapy and a month of radiation treatments. During her infusions, foods and sounds would trigger Hooper and make her nauseous.

“The first couple of infusions didn't bother me,” Hooper said. “They told me not to eat my favorite foods because they won’t be my favorite foods anymore, and my senses were heightened where smells and the sound of the games that I would play on my tablet would make me want to throw up.”

Although Hooper’s biggest supporters through that difficult time were her family, Hooper also joined support groups to connect with people who went through the same thing she did.

“I joined a support group out of Franciscan,” Hooper said. “It was nice. Even though there were a couple of times we didn't have a good turnout, I made some friends.”

Hooper shared a moment where she and a friend that she had made in the support group, spoke with a girl who was just diagnosed with cancer.

“She was crying and beside herself, and me and the other girl were bouncing things back and forth with her,”  Hooper said. “She was grateful and completely happy that she met us. It was kind of rewarding because I had a plan to go and discuss things, and the plan kind of went through, but I had a better experience. I made someone walk away with a better attitude.”