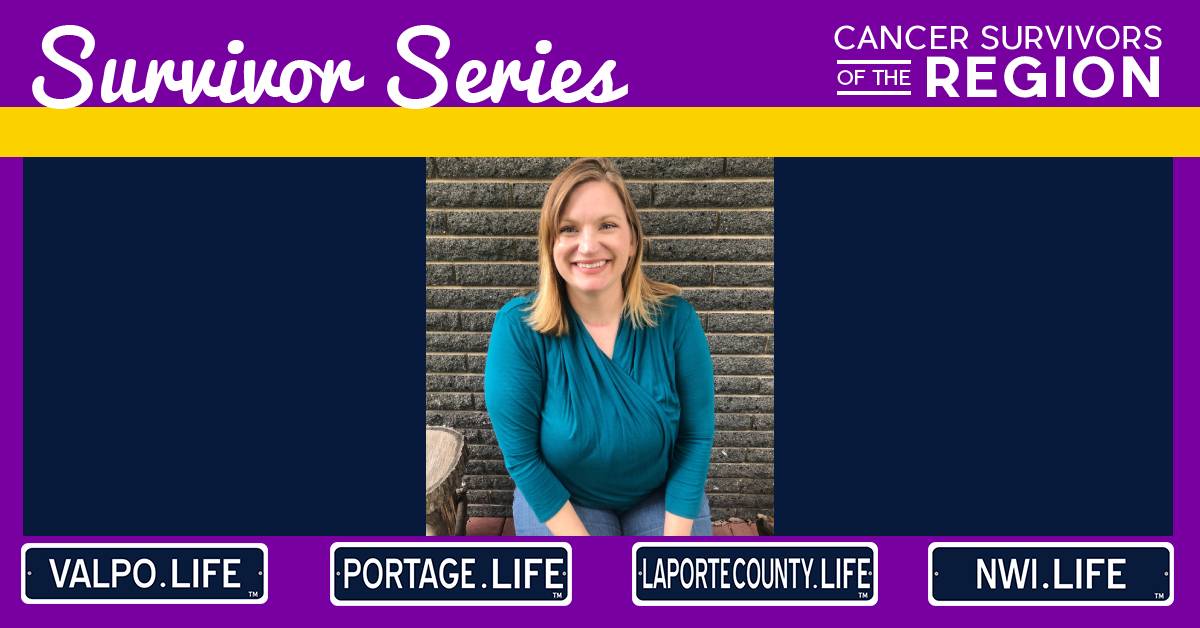 Once she got it back, Kelley Weisenbacher decided to use her voice to compel people to actively attend to their physical health through regular checkups with a doctor. After being diagnosed with thyroid cancer in 2017, Weisenbacher realized how crucial it is for people to check on their bodies even when they look and feel healthy.

“I probably never would have gone to the doctor if it wasn’t for work, so now I’m a huge believer in wellness checks,” Weisenbacher said. “I’m thankful the doctor knew what to look for and I’m thankful for my support group.”

Weisenbacher is a Client Management Consultant at CAPTRUST, and the leaders at her work decided to provide a financial incentive for employees to go in for a wellness check with their doctors. Hoping to get a little extra money from work, Weisenbacher decided to take advantage of the opportunity. She never thought it would lead to additional testing and a cancer diagnosis.

“It was a little bit of a shock because I went in thinking, ‘Oh, I’m going to do this for work. It’s good for me anyway,’” Weisenbacher said. “I went in and Dr. Fleming checked my neck and said it looked a little swollen. They did an ultrasound because it seemed inflamed. The ultrasound led to a biopsy which led to my cancer diagnosis and surgery. I just remember sitting there, and I told the doctor, ‘Whatever you’ve got to do, just get it out.’ I don’t think I could wrap my head around it. I was breastfeeding my six-month-old daughter, and I was worried about how surgery would affect that. My mind was on my daughter, not on what was happening to me.”

Weisenbacher recalled that people kept telling her that she had the "good kind" of cancer. While she understood that there were more progressive forms of cancer, but that is not where her mind went as she was taking all the steps to fight her cancer. She was grateful that she did not have a more deadly type of cancer, but her body was still in trouble and needed treatment. Her determination to take an aggressive treatment approach led to having her whole thyroid removed.

After the removal of her thyroid, the doctors took samples of her lymph nodes to see if it had spread. Unfortunately, a year after her first battle with cancer, it appeared the cancer had spread. However, Weisenbacher is happy to share that she is cancer-free now and has a low chance of recurrence. She still goes in for a yearly check-up to make sure everything is clear.

While her experience had its challenges, from surgery to learning to cope with her scar, she shared that it did lead to some humorous circumstances.

“I lost my voice the first time,” Weisenbacher said. “I sounded like a sexy Minnie Mouse. I think my vocal cord was inflamed. It took a good seven or nine months for my voice to come back. It was a big joke, and everyone said I should do voiceover work. I also had a four-year-old kid running around, and I couldn’t yell. She knew I couldn’t raise my voice. That was one of the funny things. I couldn’t believe my kid took advantage of me when she knew I had no voice.”

Through her journey with cancer, Weisenbacher learned to look for the good in her circumstances, other people, and every other aspect of life instead of focusing on the negative. She decided to stop taking the day-to-day for granted and not waste her energy on things that used to upset her. Weisenbacher knew that if she could get through cancer, she could get through the small stuff.

“Cancer is a road bump,” she said. “It’s not the end of my story. That’s how I looked at it then and how I look at it every time I go in for testing.”