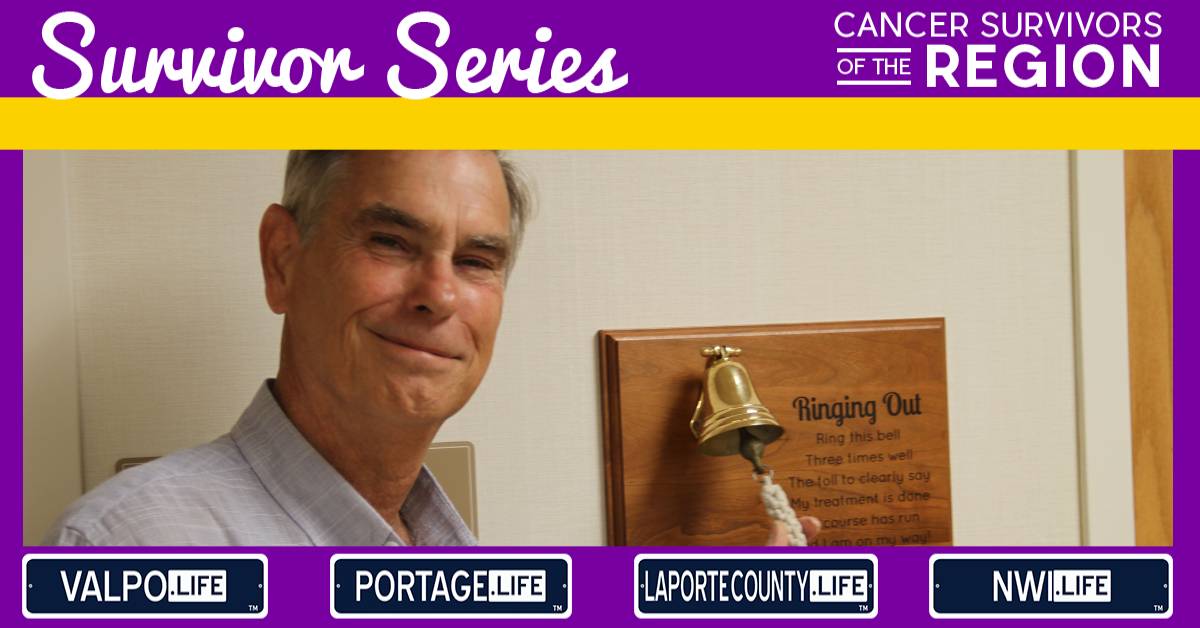 A little more than a year ago, Joe Blandford, a Lowell resident and small business owner, was diagnosed with throat cancer.

“It was interesting because I had a friend who went through the exact same thing,” Blandford said. “I didn’t know a lot about the process though.”

Blandford turned to St. Francis hospital in Crown Point for treatment where he underwent seven weeks of radiation and chemotherapy.

“The doctors sat down with me and told me the good news and the bad news,” Blandford said. “The good news was the cancer I had was quite curable.”

Blandford went through treatment every day except weekends.

“I made it through the treatments pretty well,” Blandford said. “When I was done with treatments, I walked out the door and that was that. No fanfare or anything like that. I was just glad to be done with it.”

During his time getting treatment, he learned a lot about the other people going through the same process as himself.

“Sitting in the waiting room in the morning, you are sitting with people who are going through the worst of it,” Blandford said. “The friendship and warmth of the people who were suffering the most was incredible.”

When his friend went through treatments, he had mentioned being able to ring a bell at the treatment center when he was finally done.

“He sent me a picture of the bell the Mayo Clinic had in their radiology department,” Blandford said. “When patients were done with treatments, they would celebrate by ringing the bell.”

Blandford thought that would be a lot better than “just walking out the door”. He told his kids about it and they decided to buy a bell and plaque for him as a Christmas present. Blandford then turned around and donated it to the hospital.

“It’s pretty rewarding,” Blandford said. “Everyone looks forward to ringing it. As far as a reward goes, that is pretty good. I really enjoy hearing that.”

Blandford added that he wants to take his contribution to the next level.

“I think I’d like to get them a bigger bell now,” he said.