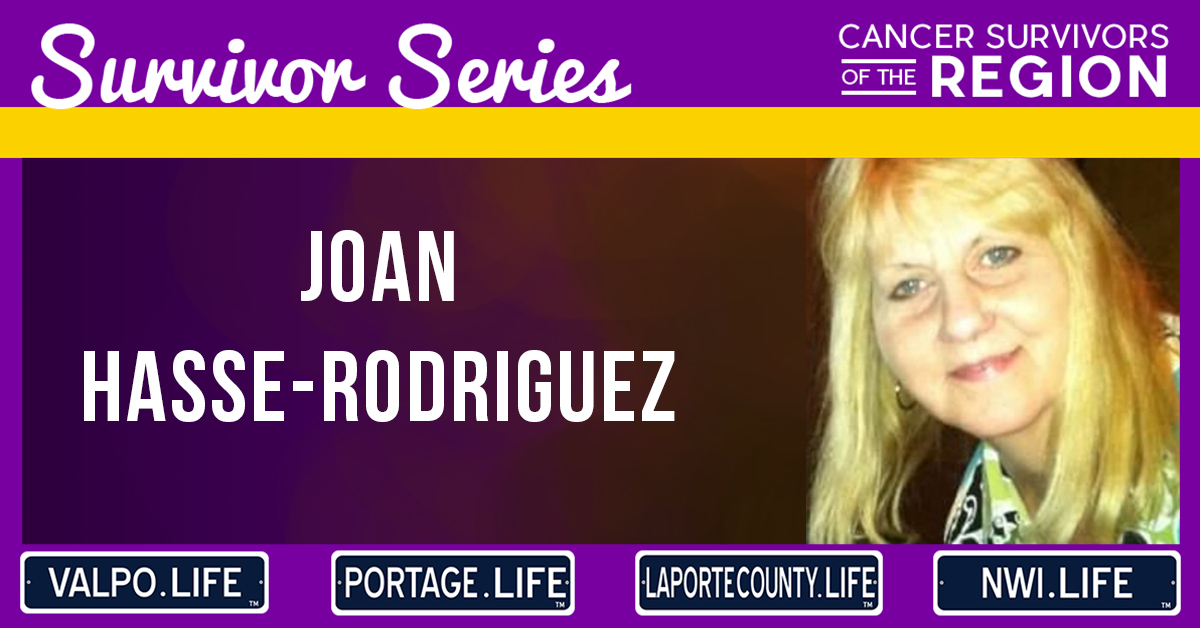 When surrounded by pain or fear, having unbridled resolve and a support system full of loved ones can help you move forward.

Joan Hasse-Rodriguez has that, and more. Having lived with cancer for the past couple of years, Hasse-Rodriguez understands that life is meant to be cherished. He has found strength in her resolve to take control of her healthcare decisions, and her choice to stay positive against adversity.

In March 2017, Hasse-Rodriguez went to the doctor after contracting pneumonia and had CT scan that showed nothing outside of the infection. After some convincing from her husband, she returned to the doctor in April for a follow-up scan, which revealed suspicious-looking tumors on both her pancreas and liver that weren’t present in the first scan. She was told to get a biopsy, which confirmed they were cancerous tumors.

“I was very stoic when I heard the news,” Hasse-Rodriguez said. “But it is what it is.”

Over the course of eight rounds of chemotherapy treatments, she was told that the tumors were shrinking. The day before Thanksgiving, she underwent surgery and remained in the hospital for two months.

After returning home, and with some much-needed recovery time and physical therapy, she slowly regained her strength.

“All I could consume were protein shakes and plain, unflavored water,” she said. “That is what chemo had done to me.”

She went back to her oncologist in April 2018 to have a check-up. That scan revealed cancer in her stomach, pancreas, liver, and lymph nodes. It had developed into Stage 4 cancer.

She was recommended to be placed in hospice, but she rejected, saying she wasn’t ready for it. She asked for medication to manage pain and anxiety and has not returned to the oncologist since.

During this ordeal, she has tried her absolute best to keep her hopes and spirits up. Her biggest aid during this time has been the strong support of her husband, a son, three daughters, and two step-children.

“It’s mind over matter. If you have a negative attitude, everything about you is going to be negative. I have my beautiful family and home. I’m blessed.”

Despite all that has happened, Hass-Rodriquez still carries a strong sense of optimism. She volunteers for the Portage Exchange Club, a group of individuals working to make local communities better places to live. This is an extension of her will to spread positivity and hope.

“It’s a wonderful life. I have such few regrets and I have been so happy. I wish everyone could be as happy as I am. It can be hard, but I’m trying.”