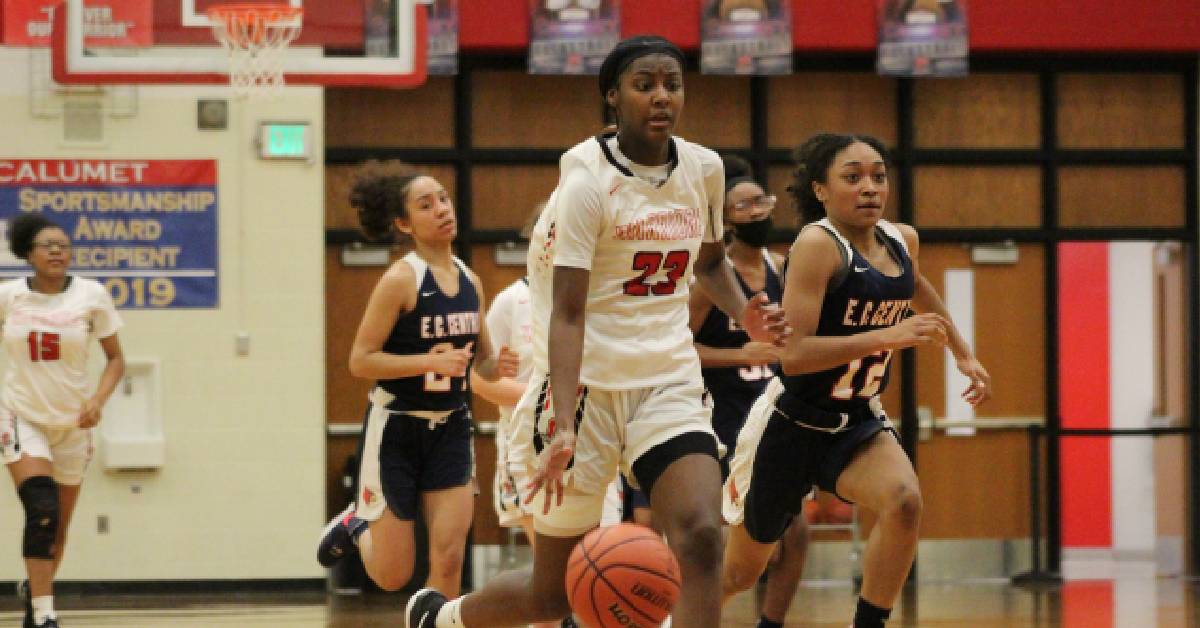 The game started out as a low scoring affair, with the Warriors keeping East Chicago off the scoreboard for the entire first quarter as they built up a double digit lead. The Cardinals responded well, rallying in the second quarter that continued after the half. By the end of the third quarter, the East Chicago girls had pulled within one point, 33-32. Warriors Head Coach Chris York knew they needed to regain control of the tempo.

“The key was going back to playing the defense we played the whole first quarter,” he said. “We stopped doing what we had been doing, keeping them from driving. We didn’t handle their press very well. Once we were able to stop them from scoring, we were able to make a bit of a run ourselves.”

Calumet senior Jasmin Barker played a major role in the Warrior’s victory, putting up 21 points for her team and displaying outstanding leadership, according to York.

“She’s doing more than just score,” she said. “She’s trying to calm people down and put people where they need to be.”

Both teams next challenge is the Hanover Wildcat Winter Classic, which starts on December 29.