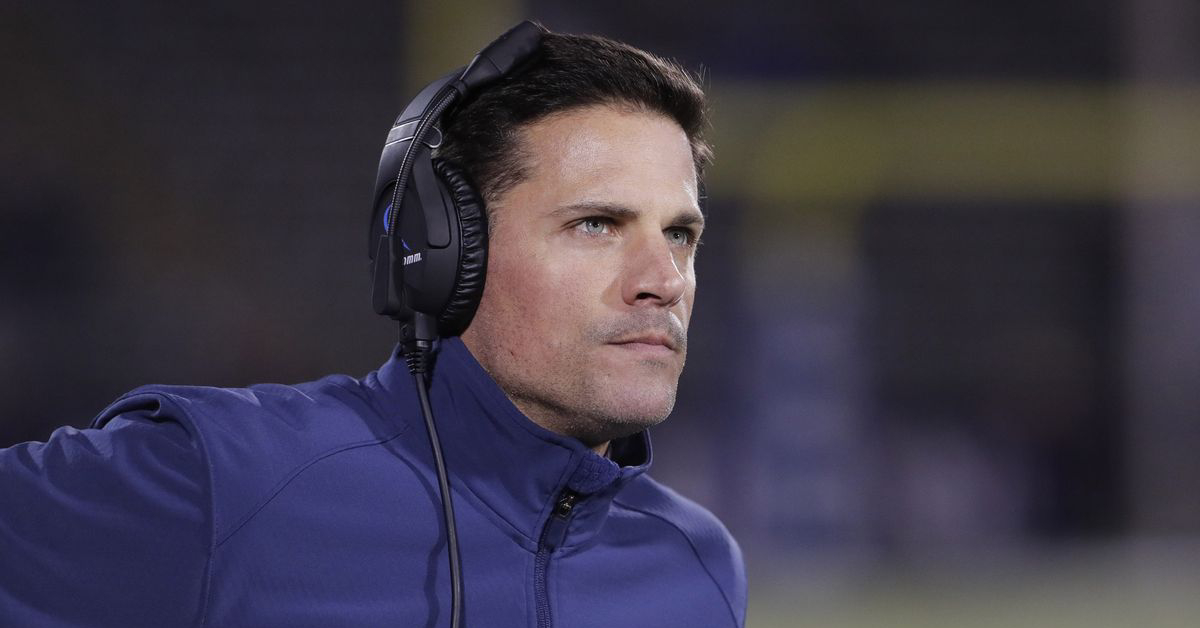 WEST LAFAYETTE, Ind. – Purdue head football coach Jeff Brohm announced that Bob Diaco has been hired as the Boilermakers’ defensive coordinator and linebackers coach. Diaco, who served as UConn’s head coach from 2014 to 2016, was named the Broyles Award winner as the nation’s top assistant coach in college football while defensive coordinator at Notre Dame in 2012.

“We’re very excited to bring Bob to Purdue,” Brohm said. “He is one of the most well-respected defensive coaches in the country and has proven throughout his career to be an innovator on that side of the ball.”

Diaco joins Purdue after spending the previous season as Louisiana Tech’s defensive coordinator and linebackers coach. Diaco helped guide the Bulldogs to a 10-3 overall record, including a 14-0 shutout win over Miami in the Walk On’s Independence Bowl, and a 6-2 mark in the West Division standings of Conference USA in his lone season in Ruston. La Tech won 10 games for the first time since 1984.

In the first shutout in the 44-year history of the Independence Bowl, Diaco’s Bulldogs limited the Hurricanes to merely 227 yards of total offense and 15 first downs. According to Stats Inc., the Bulldogs became the first Group of 5 program to shut out a Power 5 school in a bowl game since the beginning of the BCS/College Football Playoff era in 1998.

The Bulldogs finished third in C-USA and 31st nationally in scoring defense in 2019, allowing 21.8 points per game, while Diaco’s defense scored five touchdowns last season, all on interception returns, to finish first in the conference and third nationally in the category.

Diaco, who hired current Purdue co-defensive coordinator and safeties coach Anthony Poindexter to be his defensive coordinator at UConn, led the Huskies to an appearance to the 2015 St. Petersburg Bowl, the school’s first postseason appearance since 2010. Diaco was the first UConn head coach in school history to lead the Huskies to a bowl game in just his second season at the helm.

During Notre Dame’s run to the 2013 BCS National Championship Game, Diaco’s Fighting Irish defense finished second nationally in scoring defense, allowing merely 12.8 points per game, while finishing 12-1 for the year. His 2012 defense finished in the top 10 in 12 difference categories in the Football Bowl Subdivision that year. He was named Notre Dame’s first recipient of the Broyles Award after the season.

In his four years at Notre Dame, the Fighting Irish allowed an average of 19.1 points per game, ranking ninth in the FBS during that time span.

Diaco was a four-year letterwinner for the Hawkeyes as a linebacker from 1992-95. He was twice named an All-Big Ten selection and was voted the team’s 1995 MVP under legendary head coach Hayden Fry.

Diaco and his wife, Julia, have two sons, Angelo and Michael, and a daughter, Josephine.