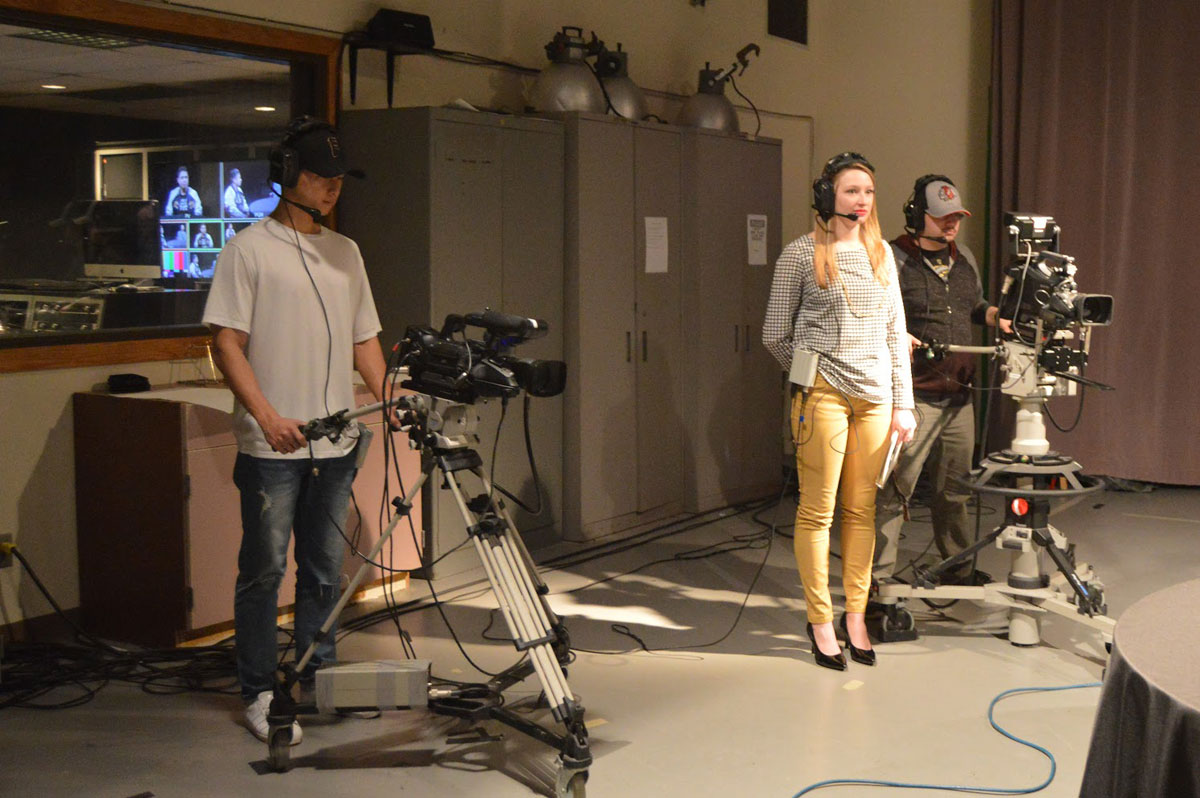 The program received one of five Communicator Awards of Distinction in the Film / Video / Television category as a Talk Show / Interview. The award is the second received in as many years for The Calumet Roundtable.

Airs on Chicago TV The student-produced program airs Thursday mornings at 5:30 on ION Television, WCPX-TV, Chicago. It also can be viewed on YouTube at youtube.com/CalumetRoundtable.

In the award-winning episode titled, “A Discussion with Mama C,” O’Neal discussed what led to her exile from the United States for more than 20 years, and how much her message still resonates today. She also explained how her United African Community Center in Tanzania works with people internationally to project a message of peace.

According to program assistant producer Brooke Kirant, “Being recognized for all our time and hard work is so motivating, and it truly makes the experience worthwhile. We were honored to have Mama C as a guest; it was a wonderful opportunity to learn from such a prominent activist.”

“All students who take this course have an amazing portfolio when they leave,” O’Connor said. “Many students who have participated in this class have used their portfolio to secure prestigious jobs and internships.”