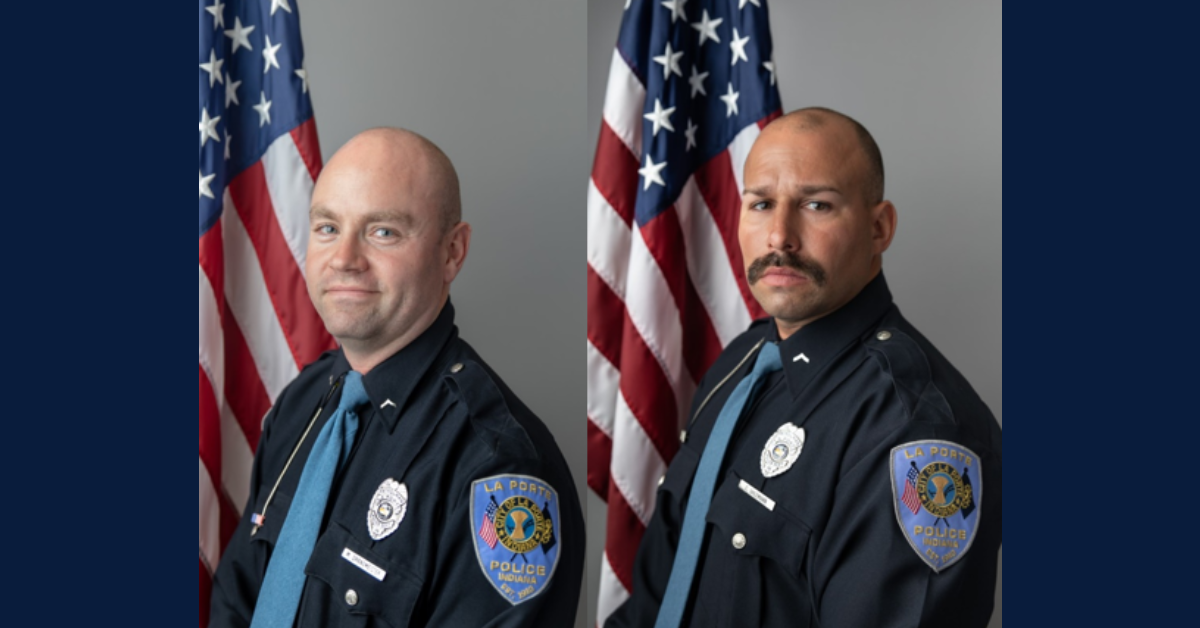 Officer Matt Drangmeister was promoted to Corporal following the retirement of Corporal Dan Reed. He is assigned to the detective bureau as an evidence tech. Drangmeister has served on the department for nearly 13 years and was also formerly the handler for the late K9 Rambo.

Officer Chae Uhlemann was also promoted to Corporal upon the retirement of Captain Dennis Behenna. He is currently assigned as an investigator in the detective bureau and has been with the department for close to 13 years. Uhlemann is also the department defensive tactic/taser instructor.

"Corporals Drangmeister and Uhlemann are two valuable assets to the department," Brettin said. "Their experience and leadership skills make them incredible role models on the team, and their promotions are well-deserved. I look forward to watching them both continue to grow and lead in their new roles."

Brettin said the department is currently accepting applications for sworn officers. Applicants must be between the ages of 21 and 40 and must provide a copy of their birth certificate. Brettin said those with questions can reach the police department at 219-362-9446.