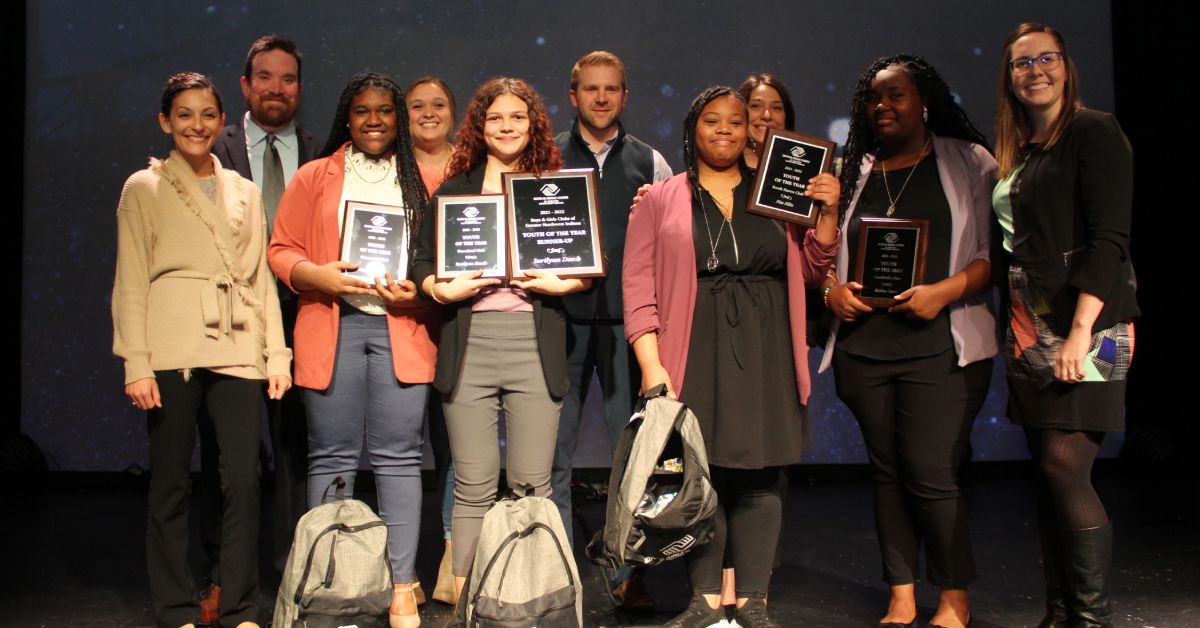 Six outstanding young women took center stage on Thursday evening as Boys & Girls Clubs of Greater Northwest Indiana presented their Annual Youth of the Year Ceremony. The event is a celebration of a handful of teens representing their Clubs best in character, mentorship, and academic success.

The nominees ran a gauntlet of a judging process, involving extensive interviews and essays that all lead to a final speech on award night. A panel of community leaders volunteer to judge the proceedings each year, and while every nominee receives at least a $1,250 scholarship, their chosen winner and runner-up receive $5,000 and $2,500 scholarships respectively, with the winner moving on to the State Youth of the Year Competition later this year. The judges named Jamie Cruz of the Lake Station Club this year's winner, and Suri Desch of the Duneland Club as runner-up.

"It's been a long time, I've been a member for so long and seen so many before me take this role at the club," Cruz said. "It's been a privilege to work with so many people who really want the best for me. I just want to say thank you to my old Club Directors, new Club Directors, the kids that I work with, and my dance team! I wouldn’t be here if it wasn’t for all of you.”

Boys & Girls Club has been a part of Cruz’s life since she was just six years old. Now 17 and a junior staff member, she works in her Club’s learning center and coaches its Code Blue dance team, a program she started herself.

“The Club gives me a sense of purpose,” she said. “It makes me feel good to see the girls enjoying the dances that I make and create. I want them to learn confidence, leadership, and other skills.”

Cruz saw the accomplishments of many Youth of the Year nominees and winners, and made it a goal to hit that same level.

“What I think it means to me is to give back to the Club,” she said. “To make the Club proud, your family proud, and everyone who's been watching your success so far even more proud. Each and every person that’s walked through my club has molded me into the person I am today.”

Desch shared similar thoughts and was ecstatic to hear her name called - and to hear Cruz named as the winner.

“I’m happy everyone did so well,” she said. “It means a lot to see that. I’ve become really good friends with all of the nominees, even over these last few days we’ve grown closer together. Going forward, I just want to do more with the Club, help kids, be better - and win next year!”

Ryan Smiley, CEO of Boys & Girls Clubs of Greater Northwest Indiana, offered his congratulations to each of the nominees and pointed to them as examples of the Club’s mission in action.

“This event is really the culmination of the entire Boys & Girls Club experience,” he said. “Our candidates are leaders in their Clubs, their schools, and their communities. They’ve taken advantage of every opportunity our Club programs offer to reach their full potential and become the best version of themselves. We’re so proud of these six outstanding young women. They represent the best of what we do as an organization.”

Along with their scholarships, each nominee received a goodie bag packed full of fun and practical gifts such as Apple AirPods.