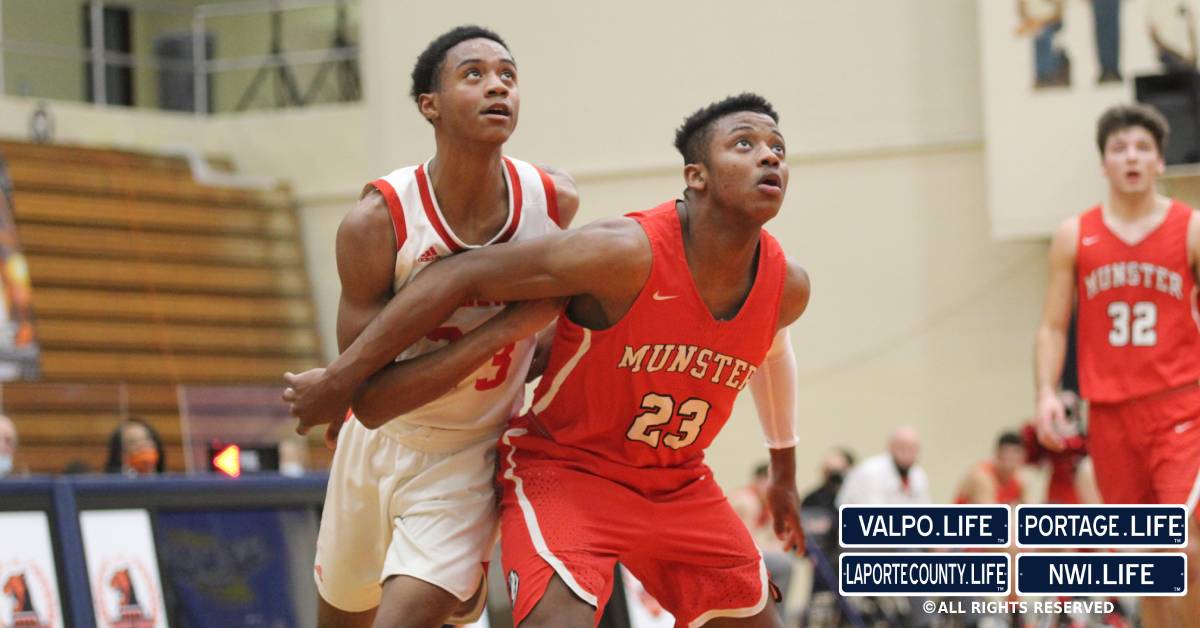 The Gary West Side Cougars and the Munster Mustangs will battle for a boys’ basketball sectional championship on Saturday evening, after dispatching their semi-final opponents on Friday night.

“We’re pleased with our performance, because you just never know with the first game of sectionals,” said Mike Hackett, Head Coach for Munster. “All you have to do is look to last year, where in the first game we didn’t play very well at all and got upset. We were pretty determined not to let that happen this year.”

They were led by Luka Balac’s 21 points, but it was a well-rounded effort with 8 players putting at least 5 points each on the board.

“Everybody contributed,” Hackett said. “We even had 3 freshmen get their first taste of varsity action. Everybody that got in did their job and played to their role.”

Against the Lake Central Indians, the West Side Cougars seemed to play to their maximum potential, scoring a 58-29 victory that demonstrated their cohesive offense and lockdown defense.

“We were focused coming into the sectional, but I think the jitters got us a little out of whack [last round],” said Chris Buggs, Head Coach for the Cougars. “Today, once they got that first game off their back they started feeling more comfortable. They’ve been locked in through the second half of the year, so I’m not surprised.”

Quimari Peterson and Mason Nicholson led the Cougars in points with 12 apiece, though Jalen Washington was not far behind with 11 of his own. While their offensive success secured them the lead, it was their defense that impressed. Lake Central’s leading scorer Kyle Ross, who averaged 18.8 points per game this season, was held to just 8 on the evening.

“Playing defense is about being together, playing on the string, helping each other out, talking and communicating,” Buggs said. “I feel like if you can play defense well, you don’t need to rely on your offense. Sometimes your shots aren’t falling, but you can always play good defense with effort.”

‘Together’ is West Side’s mantra for sectionals, a theme they hope carries them past Munster in the championship game.

“This season’s caused a lot of challenges, and we’ve grown from them,” Buggs said. “We’ve talked about being together. They love each other, they work together and work hard. I think if we keep playing together with good defense and help each other out, we’ll have a good chance to compete tomorrow.”

The championship game is set to start at 6 p.m. at Gary West Side.