Midwest Express Clinic ultrasound technologist Sarah Boicken fights for her patients. She’s been on the other side of the relationship and has the screws in her neck and pelvis to prove it.

“I became a patient advocate for myself,” she said. “Now, I’m so passionate about the job I do. I stick up for my patients and I don’t let things go.”

Boicken believes she’s a walking miracle. She was in a car accident on January 27, 2018. Doctors told her she’d never walk again. Three years later, Boicken sometimes wears braces but is an avid hiker with the Grand Canyon checked off her bucket list.

“In the hospital, my best friend was sitting next to me, holding my hand, and said ‘You’re going to be a quadriplegic for the rest of your life,’” Boicken said. “I cried for like two minutes and then I thought ‘No, I’m not.’”

The accident and the first few days afterward are fuzzy. She remembers details like communicating with first responders via blinks, worrying about them cutting off a hoodie borrowed from a friend and then lying on a hospital bed while doctors and nurses discussed personal issues over a patient they didn’t know had the ability to eavesdrop.

Boicken believes she had a religious experience on that bed. She wasn’t a very religious person prior to the accident but it gave her the strength to persevere through surgeries and rehabilitation.

“I was laying there praying, having a little anxiety attack because I can’t see my family or my friends or my fiancé (Matthew),” she said. “A person showed up next to me, surrounded in gold light, wearing a white gown. All of the sudden, I had no fear. I was overwhelmed with a feeling of peace.”

It wasn’t long before she was taking her first steps at Shirley Ryan Ability Lab, even with a broken ankle that wasn’t fully healed.

Once healed, Boicken was an employee at both Midwest Express Clinic and Shirley Ryan when she learned she was pregnant with her second child. MEC threw her a baby shower and management bought her gifts.

“After that, I chose to put all my time into Midwest Express Clinic because I feel like my career is more than just my career. I’m looked at as more than just a number. When I was in the hospital, I told myself that I was not going to work a job that I don’t like. I’m not going to work a job where I don’t feel like I’m taking care of people and where I don’t feel like I’m taken care of,” she said. “Everybody there is supportive of each other. Your bosses know you exist and will be there for you. It’s an amazing company.” 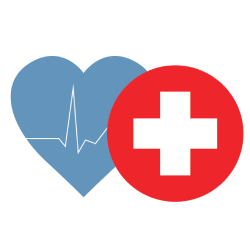