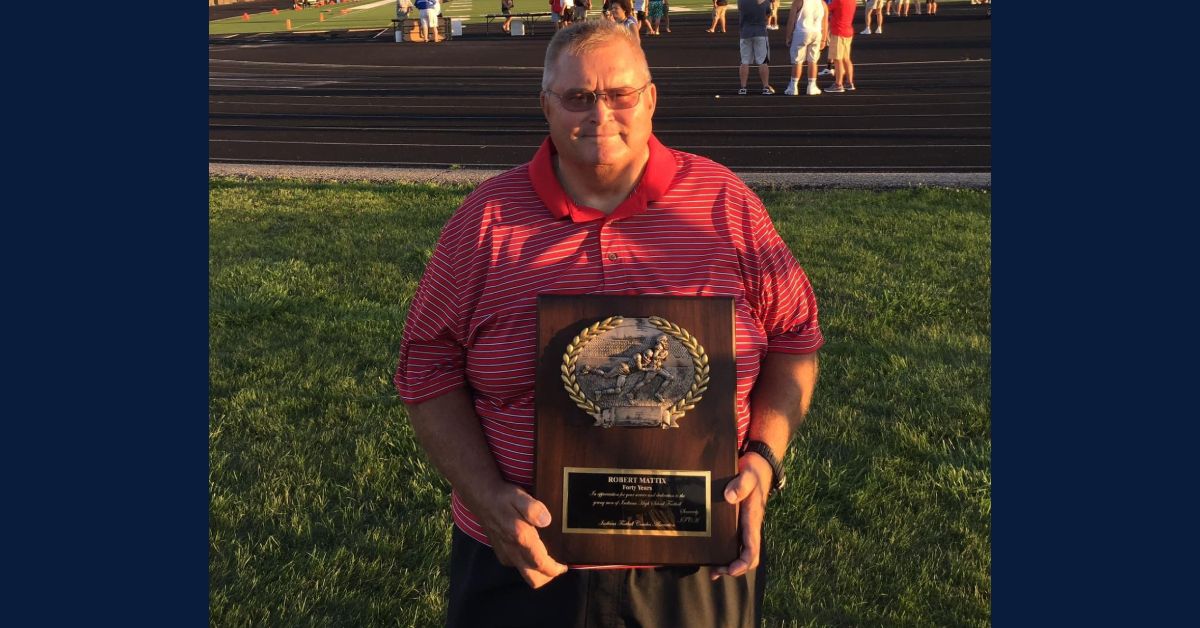 The Region and the entire state of Indiana will be forever impacted by Bob “Bubba” Mattix. Mattix was a football coach at several schools around Northwest Indiana at all levels. He had coaching stints at Portage, Valparaiso University, Michigan City, and Crown Point. Prior to when his coaching career started, he played football at Hobart High School under legendary coach Don Howell. Mattix is to be considered a legend in coaching too.

Mattix, an Indiana Football Hall of Fame inductee in 2019, is best remembered for the impact he had on thousands of lives, especially the lives of the students he coached.

He is remembered as a man that dedicated his life to mentoring and guiding student-athletes through the game of football. Football was the avenue Mattix chose to teach kids respect and dedication.

Preet Singh is a current senior at Portage High School and was coached by Mattix during his freshman year. Singh was greatly impact by Coach Mattix and his dedication to teaching the game of football and life.

“Coach Mattix truly brought the best out of every player he coached. On a personal level, he had faith in me to be a long snapper for the team although I had never done it before. He took the time out to help me after practice was over. Most of our discussions occurred during the short walk from the field to the locker room after having put in extra work. He always went the extra mile for his athletes and built personal relations with them as well,” said Singh.

Mattix was a coach that demanded respect—a trait that freshman in high school can often lack—and would often receive respect because it was a reciprocal effect.

“He would treat every athlete with respect, and that is what inclined us as young kids to reciprocate the same energy. From there, he created a mutual understanding between his athletes that everyone was there for the same reason. However, when he needed to, he could get fired up and get us going. He was a guy you strived to make proud," said Singh.

Another former player, Jake Fryer, who graduated in 2021, had similar experiences with Coach Mattix. Fryer mentions that Coach Mattix was known not only for his coaching impact but also his impacts outside of the game.

“Coach Mattix deeply cared for each of his players, and he made sure they knew it. He was a caring man who understood what the young men he coached needed. Coach Mattix wasn’t just a coach to me. He was a mentor,” said Fryer. “Coach Mattix shared his knowledge of the game and his knowledge of life with me. He always seemed to be there for me no matter what it was. He always asked how I was or how my life was going and genuinely seemed to care what I had to say.”

Many people have someone they look up to, a mentor, and for many young men, Mattix was that mentor.