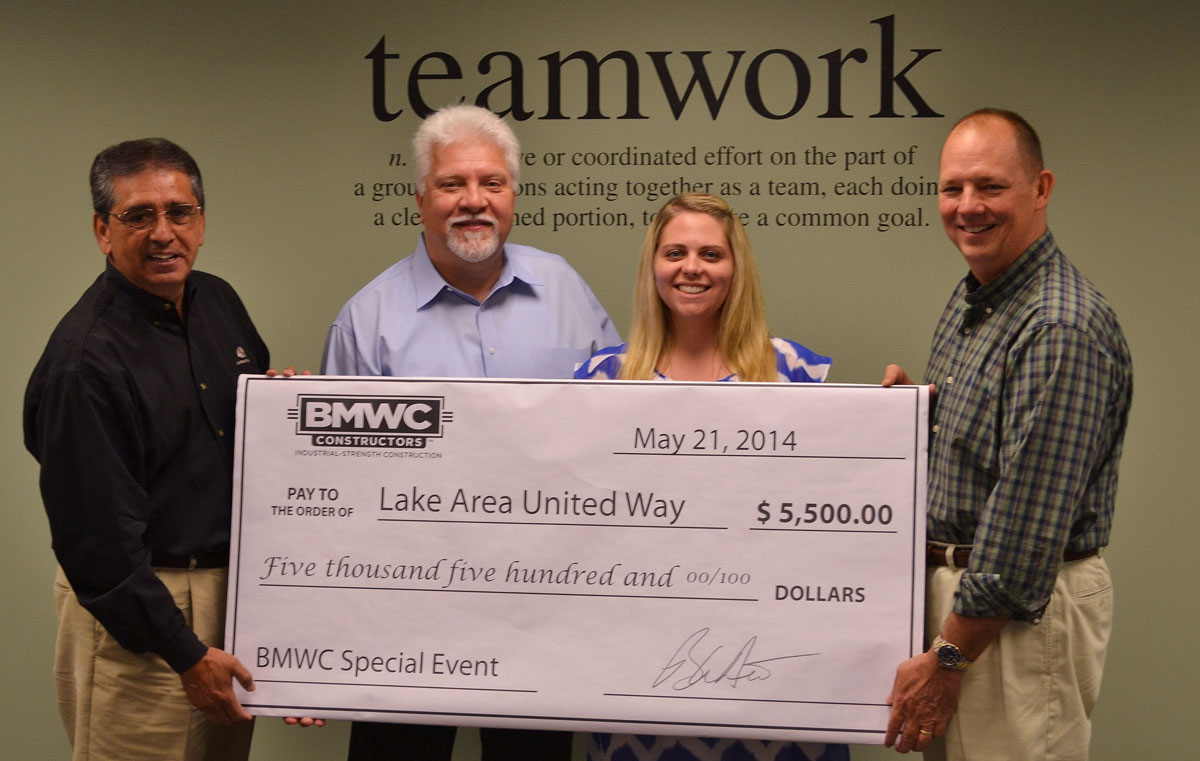 BMWC Constructors raised $5,500 during Three Floyds Brewery’s “Dark Lord Festival” and donated it to Lake Area United Way on May 21st.For the past three years, BMWC Constructors has leveraged the company’s close proximity to the brewery by selling parking spaces in their employee lot to raise funds for Lake Area United Way (LAUW). This year’s fundraiser exceeded last year by over $1,000. BMWC General Manager Greg Kroh, along with Kristyn Loudermilk and Dan Stegvilas, presented the $5,500 to LAUW President Lou Martinez on May 21st.

BMWC employees Kristyn Loudermilk and Dan “Sticks” Stegvilas managed the special fundraiser this year. Kristyn and Sticks also managed the entire Lake Area United Way campaign at BMWC. Kristyn said, “When we started this fundraiser 2 years ago, we had no idea the potential it had. Each year we become more efficient, which allows us to donate more money to United Way. We are so happy that this event allows us to give back to an organization that our company has supported for so many years.”

BMWC supports United Way each year through corporate gifts, employee donations, special event fundraisers, and volunteering. Former BMWC employee, Dave Koester, Chairs the LAUW Allocations Committee and also serves on the Board of Trustees, has helped foster the strong partnership between his company and United Way over the years.

“BMWC Constructors has long been one of our stellar business partners. They take great pride in helping individuals and strengthening communities through their support of United Way. The fact that they came up with this fundraiser idea to add to their already healthy United Way campaign is outstanding. To make it happen, their employees volunteer their own time on a Saturday to park cars and direct traffic in and out of their lot—some of them are there from sun-up to sun-down. It’s just amazing,” said Lou Martinez, President of Lake Area United Way.