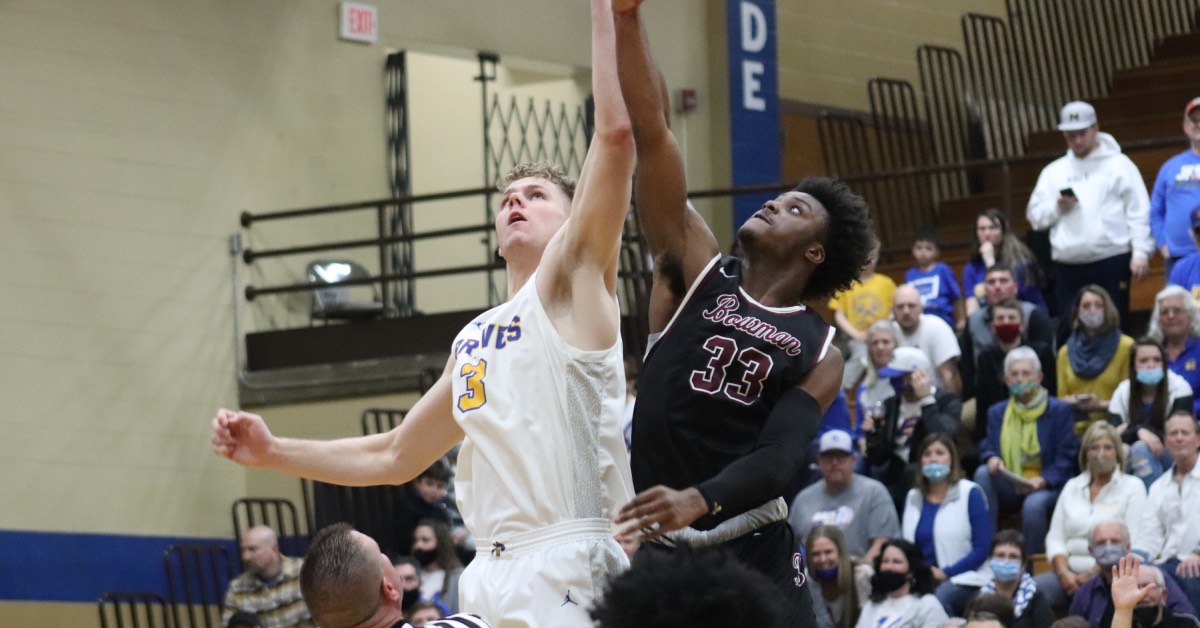 The Thea Bowman Academy Eagles and the Fort Wayne Blackhawk Christian Braves faced off in the Regional Championship game this Saturday night. The Braves began the night with the tip and the first point of the game, and quickly began to secure their lead, ending the first quarter with a score of 20-14.

The second quarter began with a shot from #11 Koron Davis. The Braves continued to build their lead with a score of 31-18 at the half.

The Braves started off with the ball in the second half, and #3 Caleb Furst made the first point of the quarter. The first shot of the quarter for the Eagles was a three pointer made by #4 Leon Smith. Both teams increased their points, but stayed at about the same amount of points until separating with a score of 50-39. The final score of the night was 68-52.

The highest scorer of the night for the Braves was #3 Caleb Furst, who finished with 23 points. Braves Head Coach Marc Davidson commented on how he felt about the win.

“We’re feeling good, I think regional day is one of the most fun days of the year,” Davidson said. “Our kids have been so committed all year, so to see the fruits of their labor is very rewarding.”