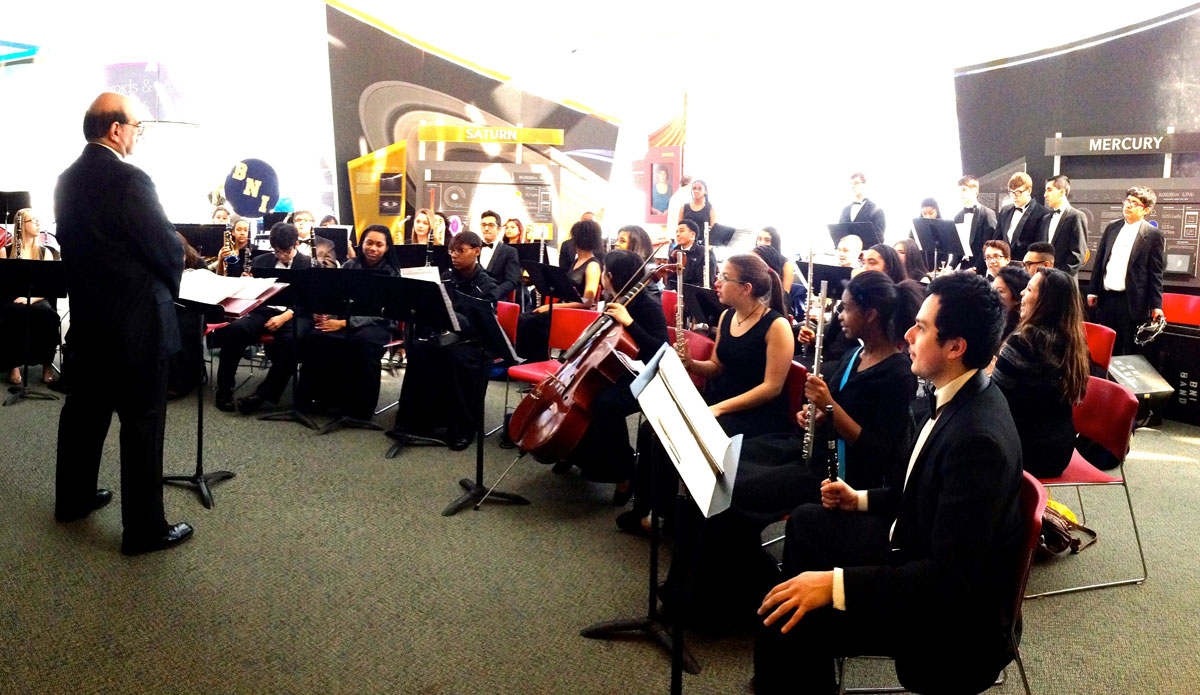 The band, under the direction of Rocco Carioto, performed at Catholic elementary schools in Hammond and Mokena, Ill., before heading downtown to perform concerts at the Museum of Science and Industry and the Adler Planetarium. The band performed selections from Aaron Copeland, Pirates of the Caribbean, Michael Jackson and Classical Gas by Mason Williams.

The band also visited the William Harris Lee & Co. violin operation on Michigan Avenue, where members were able to see the process of hand-crafting violins valued from $30,000 to $100,000. Some students were invited to perform on them.

The band stayed overnight for two evenings while performing in the city and ate at some of Chicago’s hallmark venues, including the Hard Rock Cafe. 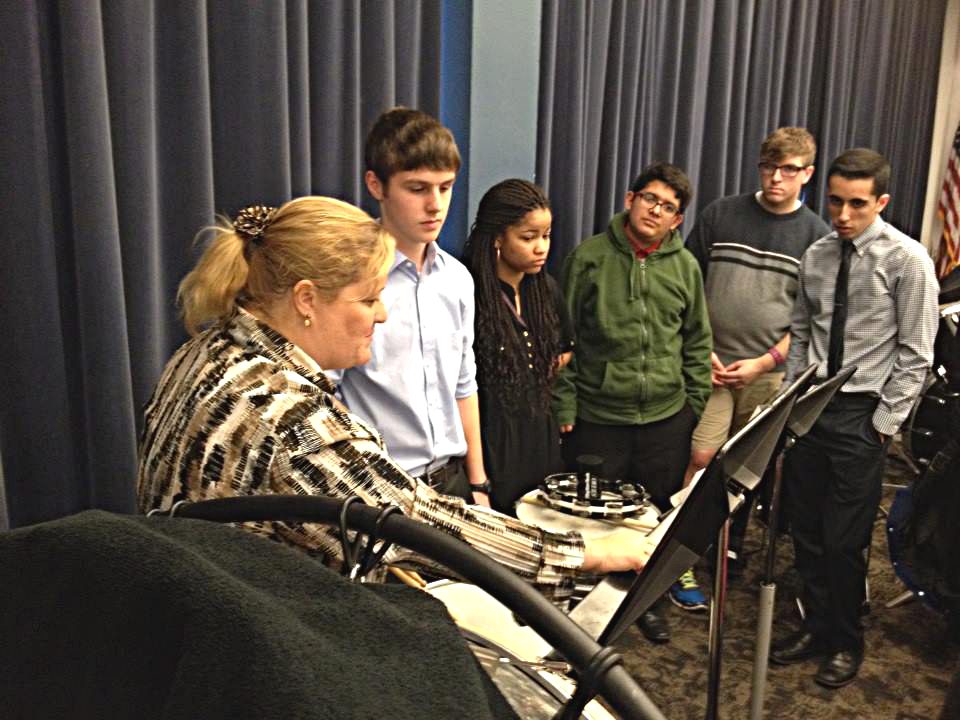 The Bishop Noll band ended its tour by attending Mass on Palm Sunday at one of the few downtown buildings that survived the 1871 Great Chicago Fire, Old St. Patrick’s Church, and participating at a music clinic at VanderCook College of Music. At VanderCook, professors spent time working with band members.

“It was an awesome weekend for our students,” said Carioto, in his fourth year as Noll’s band director. “Not only were the kids excited to share their talents with the various audiences, but they learned a great deal in the process from the whole experience, including the hands-on attention they received at VanderCook.

“The students also were amazed at how, after each performance and even after Mass at Old St. Pat’s, so many Bishop Noll alumni from many, many years came up to congratulate them and wish them well.”

The band will hold its final concert of the school year on Sunday, May 3, in the school auditorium at 6 p.m. Also performing in the annual spring concert will be the Bishop Noll Choir, under the direction of David Herr. Admission is free.

Bishop Noll Institute, a co-ed, college prep high school with an “A” rating and Four Star School status by the Indiana Dept. of Education, is located at 1519 Hoffman St., Hammond. 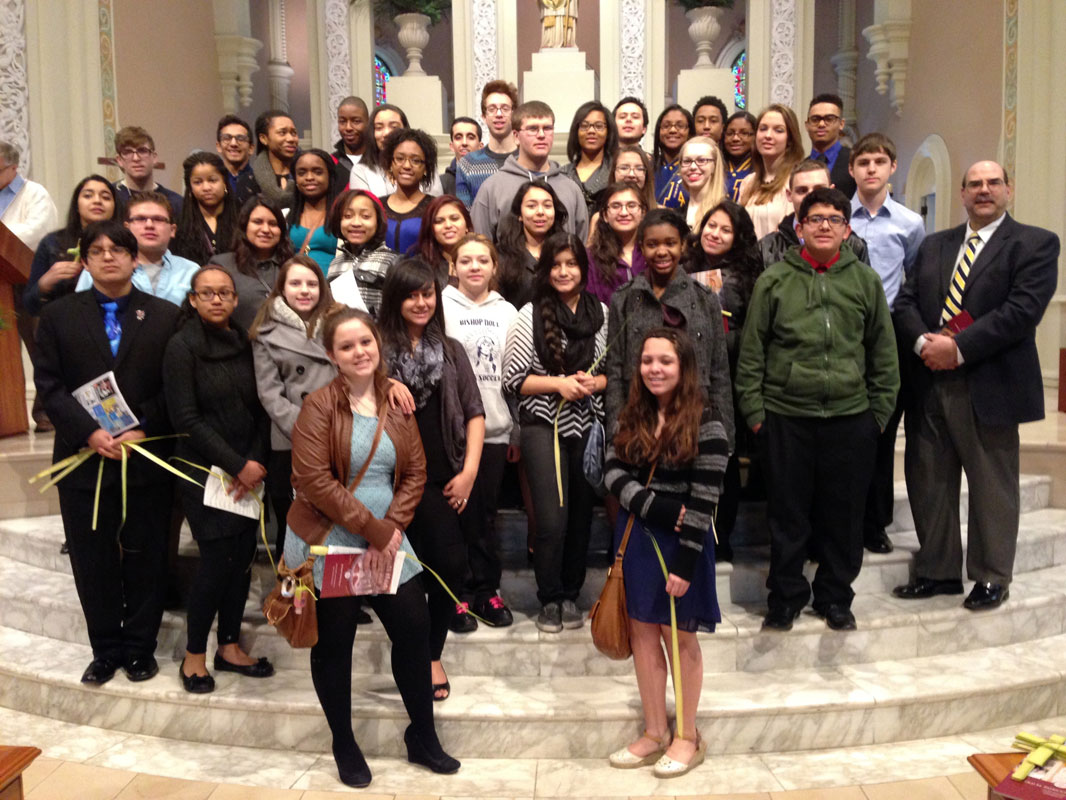