Best friends since 6th grade, Carol Dobrzynski and Jamie Garcia are now working side-by-side at Realty Executives Premier. For years, the two have been each other’s confidantes in all things—from business to family matters. This year, they’ve become a positive force within a company culture that celebrates teamwork. Read on for their stories.

Dobrzynski and Garcia grew up in Hammond, meeting in 6th grade at George Rogers Clark Middle/High School. Each came from low-income, divorced households and dealt with their personal share of hardships. Going to school was like an escape, and a lot of their classmates felt the same way.

“Whenever we came to school, or were on the bus, or at dances or football games, that was our ground to hide from all of those struggles and to just be us, not whatever was at home,” Dobrzynski said. “You’re trying to find your identity [in school]. So we didn’t talk about our home lives there. That was how we protected ourselves, we left it at the door. It doesn’t matter that you got evicted today—leave it at the door.”

Both women and their families moved around a lot in those years, forced to evade payments their parents couldn’t afford, and to relocate after occasional evictions. The women remembered walking nearly everywhere or taking the city bus. Having to grow up so soon before their time robbed them of certain comforts, but they became resilient because of it.

“Rather than becoming a product of our environment, we let it build character,” Dobrzynski said. “Though my mother always tried her best, I developed goals for myself in those struggles and a hunger that told me I would grow up and that would never be mine or my children’s lifestyle. We said, ‘We will do better.’”

That sense of character also lends itself to their career paths in real estate.

“Our business changes rapidly, and I think that because we were abruptly moved from one place to another so many times, it made us able to learn to adapt to change way more easily than someone who lived in the same home and stayed in the same school system forever,” Dobrzynski said.

Before they were real estate agents, Dobrzynski and Garcia worked in wildly different fields. Garcia owned and managed her own asphalt business for 20 years with her husband, and Dobrzynski worked in customer service at a car dealership. Both women developed skills that transferred to their current roles as successful real estate agents.

Dobrzynski remembered the day the wheels started turning when she waited on a realtor in the dealership.

“We talked. He said, ‘Have you ever thought about getting into real estate? You should really think about it, because you have that personality, you connect with people.’ He piqued my interest,” she said.

Dobrzynski got home and collaborated with her husband that very night.

She broke the mold in the first company she worked for, a company which did not typically hire new agents. After three years on a team and 13 years total with the company, Dobrzynski now boasts 16 years in the industry.

As for Garcia, she credits Dobrzynski for inspiring her to join the real estate industry.

“I watched her and learned from her,” Garcia said. “I knew I could sell, and my dad was in construction, so I had some existing experience and interest in the field. I talked to her and she encouraged me to do it.”

“I helped her look into different companies, I wanted her to have options,” Dobrzynski said. “But she was like, ‘If I’m doing this, I’m only going to do it with you.’ She was dead set!”

Garcia finally joined Dobrzynski’s team four years ago. Since then, the two have enjoyed successes both together and independently, and Garcia decided to start her own team in 2019.

“I learned everything about the business from her,” Garcia said. “She’s a very good mentor. She still teaches me. I just called her the other day!”

When Dobrzynski discussed making a change in companies by switching to Realty Executives Premier, Garcia described the decision to follow her as a “no-brainer.”

“I trust her,” she said simply. “I know she’s going to have my best interest as well as her own. We love each other, we already feel that we’re feeding each others’ success, and this company reflects our passion for this career so well.”

Both Dobrzynski and Garcia have had unmatchable success in a series of hurdles. As a teen mom and young business owner, Garcia learned how to conquer setbacks early on. Following a divorce she changed career paths and she championed her pursuit of real estate, with 50 closings to show for it.

“I literally had to start everything fresh. I left a 17-year marriage, a company that we had together. I had to reinvent myself and start over,” she said. “Three years into the business, I closed 50 deals. That tenacity was something I don’t think a lot of people have. It was scary some days, but looking back, I feel really good about it.”

Dobrzynski also steered through the emotional pitfalls of a divorce in 2006, single motherhood, and a recession.

“To be able to still be in the business after the recession—where I saw teams fall apart, I saw real estate companies and builders go out of business—to be able to survive that, I knew that this was going to be a lifelong career for me,” she said. “That is my proudest achievement, to say I did it and I didn’t quit. It was so hard financially and mentally to get over some of the stresses of those times. It was a whole different field and you had to adapt to the changes. The biggest feat and success for me was being able to stay in business.”

Working as a team in a team-player culture

No doubt about it, Garcia and Dobrzynski have always been each other’s cheerleaders.

“I don’t think it would really matter what the umbrella was, I think just being best friends, being in the same profession, having respect for each other, it makes all the difference,” Dobrzynski said. “She is someone I love and care for and would take a bullet for, and this is more important, this relationship, than a transaction, two transactions. This is my lifelong friend. But I am glad that we can not only talk about our struggles, whether it be relationship issues or kids. We can also talk about business and strategy.”

“Unfortunately, in our industry, there’s a lot of interruption in our world, but we don’t get offended if one of us is put on hold for ten minutes by the other, because we get it!” Garcia laughed. “We’ve always had that camaraderie, so it’s nice to work together in a place where that's valued. It’s even better. Because I’ll be honest, most people in this line of work, they don’t always embrace your success.”

Both women were drawn to Realty Executives Premier, in part because of the supportive culture.

“I’ve known Mike [Tezak, owner of Realty Executives Premier] for years. I’ve always liked him as a person, and our personalities are identical. It’s a little scary sometimes!” Dobrzynski joked. “But he’s built something here that he should be very proud of and that was attractive to both of us. I had an opportunity to hang out with Realty Execs outside of the office atmosphere, and I remember just thinking, ‘This is genuine.’”

“It’s not strictly business, it’s a family,” Garcia agreed. “[Mike] has a good energy, and we responded to that kind of energy. When you walk in, his happiness for what he’s doing comes right through. He actually cares about [his employees] as individuals.”

Another way Realty Executives Premier fulfills Garcia and Dobrzynski is in their focus on the customer.

“We do not take chances. We’re very thorough with our paperwork, and we communicate with our clients as if they’re family,” Dobrzynski said. “Every single client. Does not matter if it’s a $10,000 house or a $100,000,000 house. The level of service we give will always be the same.”

“I think that’s what leads to our success, truthfully, because we’re always going to do the right thing by our clients,” Garcia said.

“We’ve had a lot of sleepless nights because we do care. I can tell you, I’ve had a couple this week already!” Dobrzynski said.

The two are looking forward to many more years of business and friendship together at Realty Executives Premier.

“Coming together here is another thing we can share,” Dobrzynski said. “Because we share just about everything else. There’s no stone left unturned. The thing is, I have a lot of friends, but I don’t have a lot of best friends.”

For more information on the team at Realty Executives Premier, visit their website. 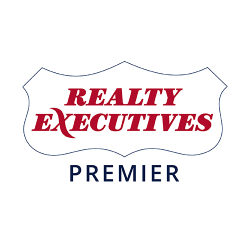