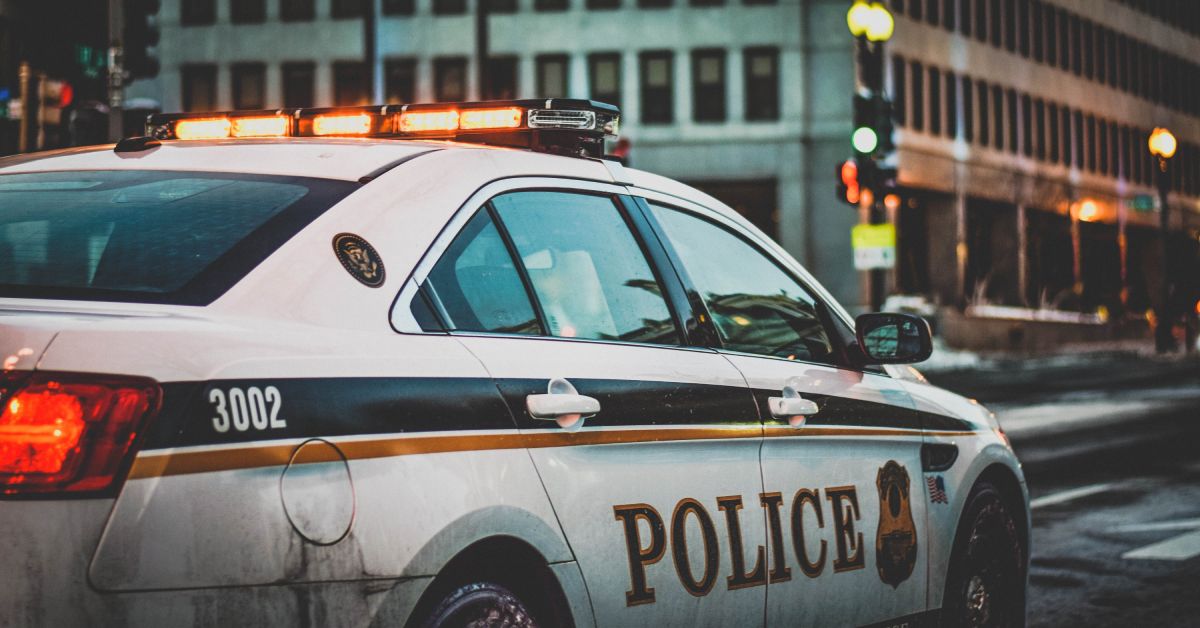 Law enforcement providers from throughout LaPorte County gathered at Franciscan Health Michigan City on Feb. 28 for the presentation of 68 lifesaving AEDs (automatic external defibrillators) purchased through funds raised in the third annual Bolt for the Heart 5K/10K Hallowrun.

“Today’s event is about service to the community. It’s about a beautiful partnership between two service providers: law enforcement and healthcare,” said Dean Mazzoni, president and CEO of Franciscan Health Michigan City, a primary sponsor for the event, which was Oct. 30 in Washington Park in Michigan City with more than 500 participants. “Getting these devices into their hands will help them save lives in our community. We at Franciscan Health could not be more excited to be part of this wonderful effort,” he said.

Bolt for the Heart President Pierre M. Twer noted that the number of registrations for the run doubled from the past year, but that most of the $106,000 total raised was from sponsorships, including Hometown Hero sponsors of individual AEDs, where the sponsor will be recognized with a sticker in the back of the police vehicle. Forty of the AEDs went to the Michigan City Police Department and 28 were distributed to the LaPorte Police Department.

Twer described two AED saves that occurred in the state in the past year. In one, an Indiana State Trooper in Elkhart used an AED to rescue a man on the side of the road who had a sudden cardiac arrest, with the entire incident captured on his body cam video. In Carmel, a 4-year-old girl was rescued by police after she went into cardiac arrest in her home. “The satisfying thing for us at Bolt is in both of these situations, we placed the AEDs in those cars,” he added.

Twer praised the efforts of police throughout the county, including Long Beach Chief Marshal Mark Swistek, who, through his relationships with community business leaders, secured the support for the donation of 16 AEDs.

Michigan City Police Chief Dion Campbell said, “This was a special time for us, seeing law enforcement agencies come together for a common cause. Even those that were not recipients of the AEDs came together. It’s kind of a preview of the future of law enforcement where we all know that we are dependent on one another.”

LaPorte Police Chief Paul Brettin added, “You can see the dedication of these officers that want to get out there and start using these AEDs. And the big winner is those unknown victims out there. We don’t know how many saves we’ll have with these.”

The Play for Jake Foundation has been part of the Bolt for the Heart effort since the beginning, driven by founder Julie West’s desire to save other families from suffering the loss she experienced when her son Jake died on a LaPorte High School practice field from an undetected heart condition in 2013. “Knowing that AEDs are going into the first responders’ vehicles just warms my heart. I know there’s going to be so many lives that are saved, and that’s why I do what I do with our foundation,” West said.

With his organization in its 10th year, Twer is looking forward to the fourth annual Bolt for the Heart event with the goal to provide the rest of the AEDs needed in Michigan City and LaPorte and to build a sustainability fund, which departments can use to replace pads and batteries. “Our mission continues to grow and expand,” he said.

Bolt for the Heart is a 501(c)(3) not-for-profit organization that raises money through generous sponsors like Franciscan Health, donations and family 5Ks/half marathons to buy AEDs for first responders. Bolt has donated more than 2,000 AEDs, including 465 AEDs for the Indiana State Police, to date. For more information or to donate, go to www.boltfortheheart.com. For more information about the Play For Jake Foundation or to donate, go to playforjake.org.