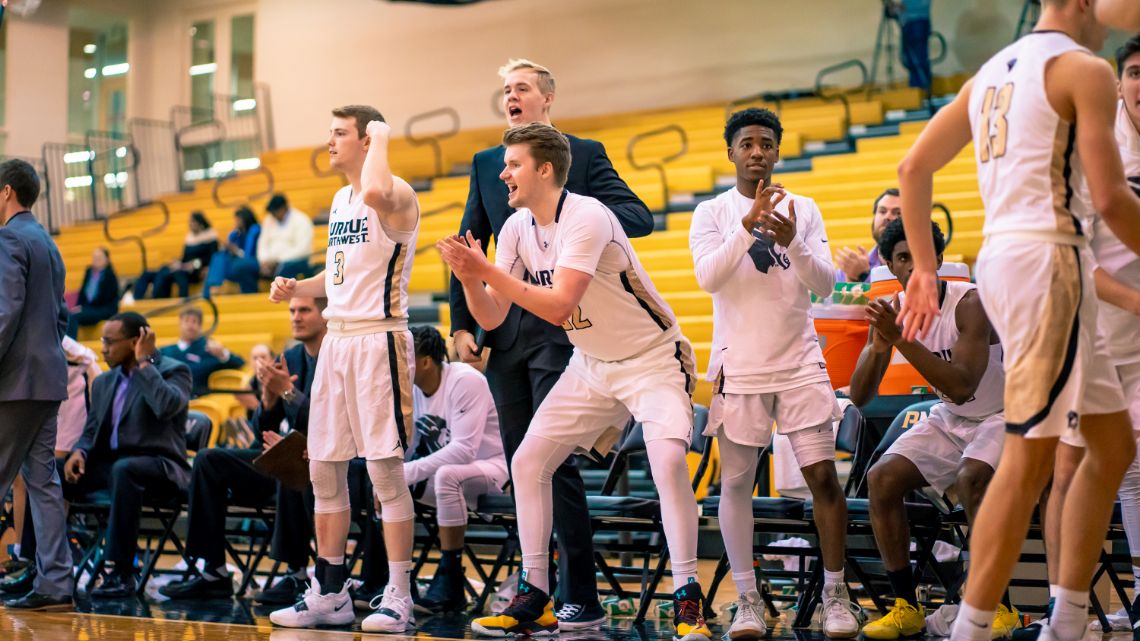 The Purdue Northwest men’s basketball team earned an 89-79 win Tuesday night over the Judson Eagles. Tim Gilmore led a balanced attack as he finished with 18 as one of six players to score in double figures.

Excellent 3-point shooting once again put the Pride out in front early. The Black and Gold were able to make 57.1% of their attempts from downtown in the first half. PNW went on a 9-2 run midway through the first half that pushed them ahead by double digits on a Gilmore three with 11:51 to play.

Junior Brennon Palmer was an impact player in the second frame, as he put up 10 points including an and-one finish with 15:22 to go. The Eagles fought hard but were not able to catch up to the Pride as they fell 89-79.

Taylor Boley was the star for Judson, as he poured in 29 points on 10-17 shooting. Bryce Prochaska ended up with 16 and five rebounds.

Rich Robertson wound up with yet another double-digit performance, as he amassed 12 points, five rebounds, and four assists. Brennan Schofield battled inside and had 11 points to go along with five rebounds of his own. Chase Rankin and Anthony Barnard each finished with 10 points, and Rankin continued his nearly perfect season from the free throw line, going 8-8.

While quiet on the offensive end, Durante Lee snagged four steals and added a blocked shot. After getting crushed in points off turnovers their last time out, the Pride were aggressive in taking advantage of Eagle mistakes. Purdue Northwest doubled Judson in that regard as the Pride had 28 points off turnovers compared to just 14 for the Eagles. PNW also flexed its depth from the bench, with 46 bench points and having six players finish with double-digits in points.

Head Coach Boomer Roberts "Winning in college basketball is not easy, but our guys found a way to get it done tonight. Judson was prepared and played very well, but we battled through some adversity and some uncomfortable possessions to scrap out a win. Our defensive pressure was more consistent, and we got a big lift from our bench tonight, especially Palmer and Schofield inside. Timmy hit some big shots, and we shot twice as many free throws as threes, which means we were aggressive to the bucket. We’re going to have a great Christmas, and I’m excited to see our guys come back hungry to keep improving heading into the second semester."

The Black and Gold will take an 11-day hiatus from the court for a holiday break before they are back on the court for the program’s first ever nationally-televised contest on ESPN3 in an exhibition against Region rival Valparaiso. That game will tip-off December 29 at 1 p.m. from the ARC.