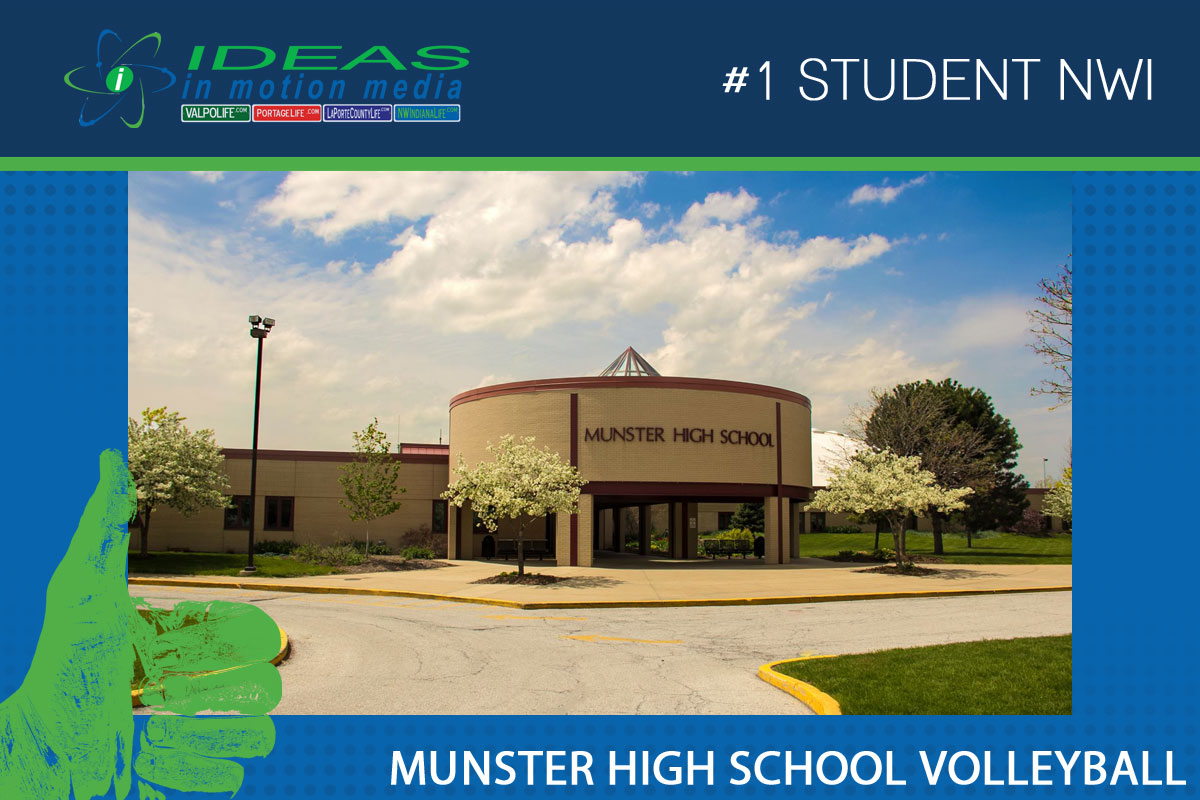 William Hatczel is NWIndianaLife.com's #1StudentNWI representative at Munster High School. Each month, William will write a column, feature story or informational bit on a topic related to his school. This month, he gives up a closer look at the Mustangs' volleyball team, which is preparing for their Sectional match-up.

After another successful season, the Munster High School girls’ varsity volleyball team is preparing to face either Lowell or Lake Central next Thursday in the first round of Sectionals.

“We want to stay focused,” senior Toni Dallecarbonare said. “It is the first Sectional game so we want to come out strong and send a message. We want to prepare for the unexpected and make sure we are on our toes.”

Dallecarbonare credits the team’s success to the their balance on offense and defense as well as the talent level across the roster.

“This year, we have a really strong, talented team; especially our front row of hitters,” she said. “They really help out the team a lot.”

The front row hitters stand as one of the key components of the team’s offensive success, according to Dallecarbonare.

“They keep us very consistent,” she said. “Everyone puts up a great effort.”

Like the front row hitters, pin hitters contribute greatly on the defensive end when the opposing team is serving. They are key to the team’s defense, according to senior Tori Foster.

“We have some pretty good defenders,” Foster said. “We definitely need to get the ball up. The pin hitters help out a lot because they get the ball away (from our side).”

Coach Tracy Summers believes a balanced team will make it the farthest in the post-season.

“It takes the entire package to make it far in the post-season,” Summers said. “We would not be doing as well if we didn’t have both a balanced offense and defense.”

Although the team has experienced some recent post-season success, Foster knows they cannot underestimate their opponents.

“We have learned that anybody can beat anybody,” Foster said. “We do not want to be overconfident.”

Despite their balance on offense and defense, the team does have some things to work on before heading into the post-season. The team needs to stay positive and keep their goal in mind whenever they prepare for a game, according to Dallecarbonare.

“The big thing in the second half of the season was getting the negative out,” Dallecarbonare said. “We made it to Semi-state last year and we want to go back. Keeping that goal in mind keeps us focused and stay positive heading into a game.”

Foster believes that the team cannot become so focused that they forget to communicate.

“We are having trouble talking when we are down,” Foster said. “The word ‘Pocahontas’ is said to tell us to start talking again. Someone on the sideline yells it out, it is usually me or Toni.”

Communication between teammates proves detrimental to the team’s success on the court when the ball is in play, according to Foster.

“That one player (talking) is committed to get the ball,” Foster said. “When it is silent, there is often dropped balls. It (communication) is pretty much the biggest part of the game.”

The fact that the post-season means win or go home can put pressure on each member of the team. Coach Summers wants her players to be mentally strong and to not dwell on mistakes and to pick each other up.

“We need to play mentally strong when we are under pressure and not focus on mistakes or think too much,” she said. “Rely on our teammates to pull us through.”

The team knows they have enough skills and experience to make it back to Semi-state and beyond this time, according to Dallecarbonare.

“We have all the talent necessary,” Dallecarbonare said. “In past years we had problems with attitudes. We would get down on ourselves and think negatively. We have to make sure we stay positive even if we get down early. Volleyball is part of a mental game.”