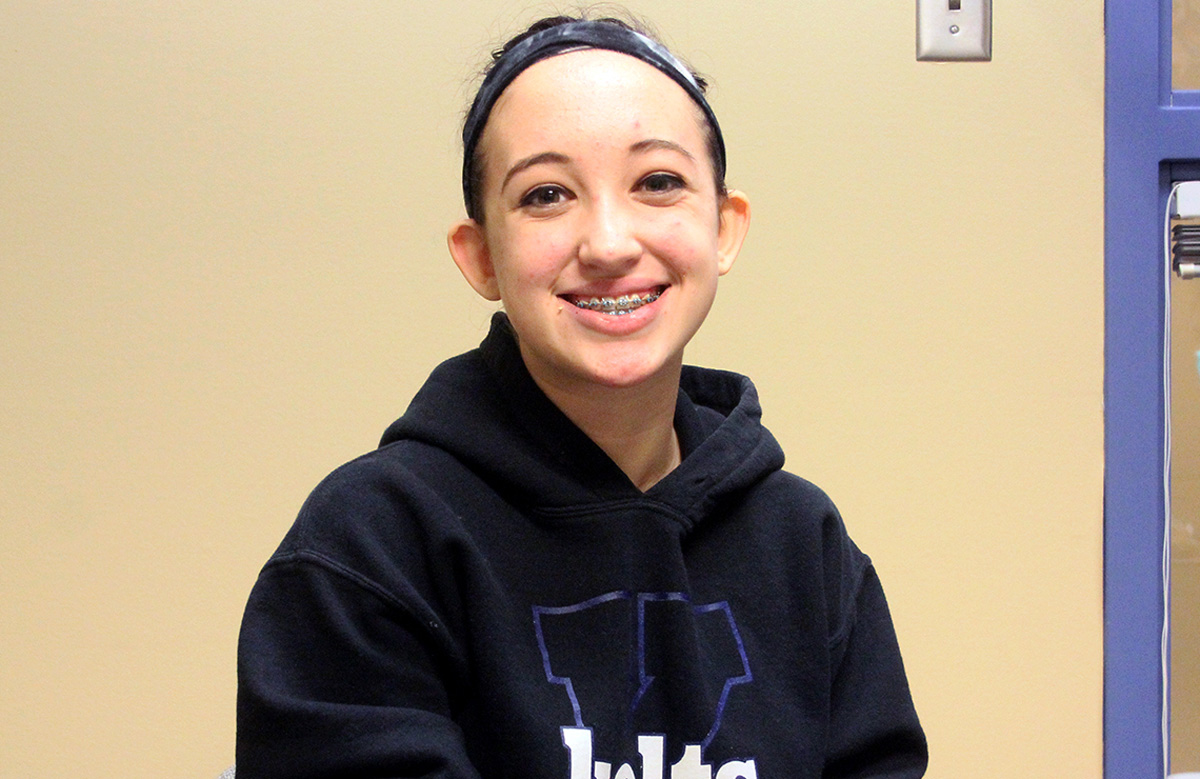 Summer break is an unforgettable time for many teenagers. Sharon Austin-Weinstein (7), however, had a summer experience different from most people her age.

“Over the summer I was with my friend and I jumped into her pool. I hit the ground [and] I broke my leg. I had to be in a cast for six months. When I first started walking, I had to have crutches just to help me since I didn’t walk for six months. That took me around two or three months to finally get back but then I had to do physical therapy. Now I am pretty much back to normal,” Austin-Weinstein said.

Unfortunately, there were some things in her day-to-day life that had to be altered. She also had to approach practicing for sports, like running and basketball, in a different way.

“I couldn’t go out because my wheelchair would be too much work [and] for school, [and] I couldn’t always walk around in case I fell down. I was afraid when I broke my leg, people would go away from me but nothing really changed. I’m [also] on the travel team when I’m not on the school [basket]ball team. I had a thing called an air cast which was just something that went over my leg. I would stand up and practice shooting free throws and something that I could do on one leg, so I never really like stopped playing. [But] the first time I ran it was not pretty so I kept working to build up my muscle mass and it just came natural to me to start running again,” Austin-Weinstein said.

Even after almost a year in recovery, Austin Weinstein still managed to keep a positive outlook on things.

“I feel good about myself for just getting through it and working up to where I am now. [What kept me motivated was] knowing it’s only temporary and I’ll get back to the things I am used to doing. It’s not a permanent thing,” Austin-Weinstein said.