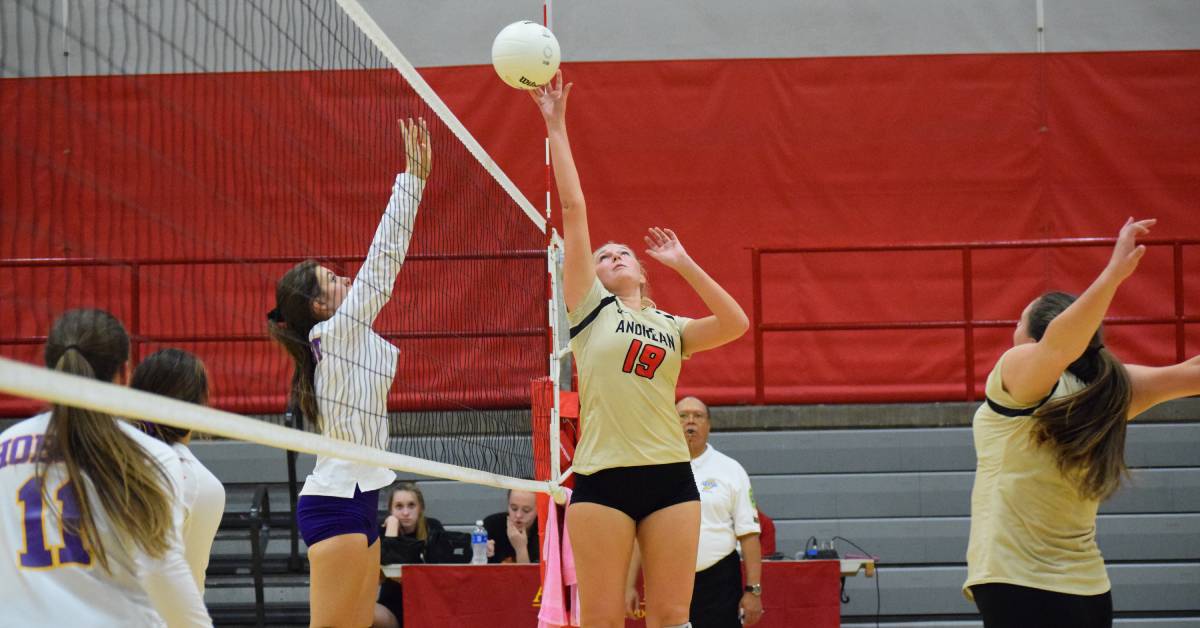 The Andrean 59ers came to play tonight against the Hobart Brickies and ended up shutting the Brickies out 3-0. The Andrean defense put an immediate stop to any rhythm the Hobart offense tried to manage and added it to their own. The Hobart defense didn’t have a chance against 59ers sophomore Caleigh Doffin’s kills.

The Brickies came into the season with a new head coach, Angie Yanez. Yanez sees the potential and talent the team has but knows that the team needs to play better defensively and most of all, play together as a team.

“We’ve been working a lot on our defense, so hopefully they follow through with everything we’ve been working on,” said Yanez. “They’re working for it, it’s been a new season so we’re trying to find better placements for our players.”

Yanez is doing something right as Brickies senior captain, Addison Metts, has never felt like more of a family on a volleyball team. After living, breathing, and playing volleyball for most of her life, this year is the most bittersweet of them all, and she is proud to be leading a team that wants to be led.

“This year has been one of our stronger years,” said Metts. “I’ve never clicked with a team during high school season so much. I appreciate all of the honesty and owning up between us.”

Andrean head coach, Grant Bell, was looking for consistency from his team. With no huge losses or injuries, the team is looking healthy and ready to take on the world. Confident in his 59ers, the coach would put them up against anyone in the area, the only thing it would come down to is who is more consistent.

“We need to keep embracing what Andrean is about which is being aggressive and disciplined and making sure we’re using the past as an example of everything we want to strive for in the future,” said Bell. “When we play our game, we end up successful.”

Andrean came out strong and didn’t look back. It took Hobart a minute to warm up and get in the game but by the time they did, it was too late. Andrean took the first set 25-13 giving Hobart little chance to get any momentum. The Brickies looked better in the second set, but were still unable to get anything going as the 59ers took the second set 25-16 and the third set 25-11.