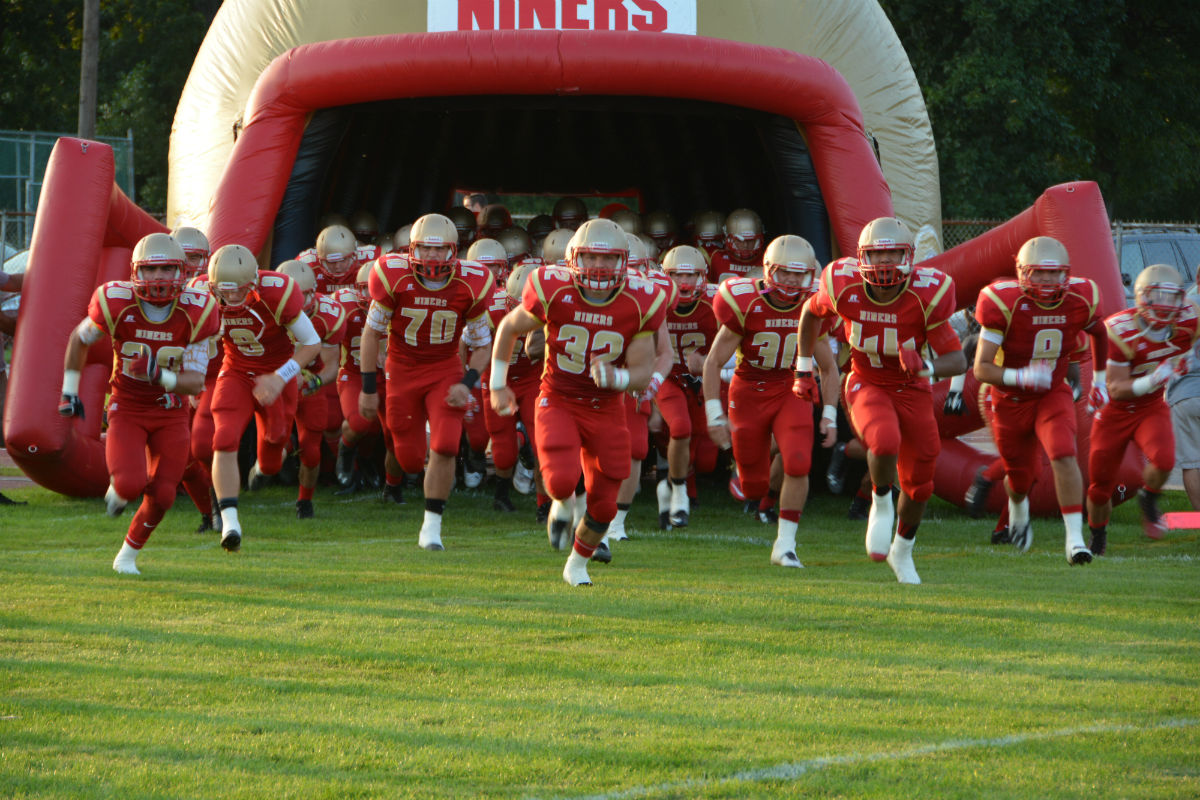 The battle between the two Catholic schools took place tonight at Andrean High School. Despite humid temperatures and the threat of possible rain, the students and supporters showed up in what would be a 65-0 shutout victory for the 59ers.

There was a buzz in the stadium as this was not only the first game of the season, but also the first game since Andrean captured the 3A state title last fall. It appeared that they picked up right where they left off despite losing a talented senior class. 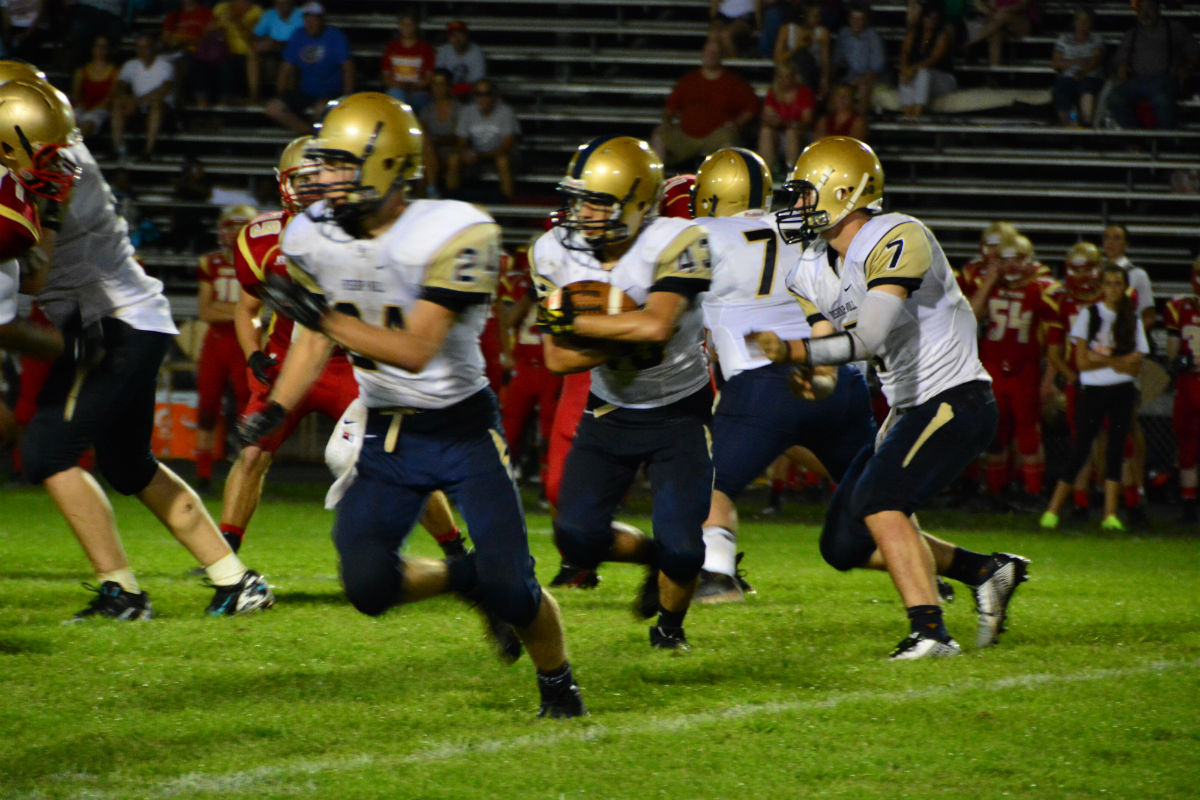 Trevor Berg started the scoring for Andrean by running a touchdown for over 70 yards within the first minutes of the game. He kept that momentum throughout the game. While frustrated by the score, the Noll Warriors were still playing hard and gave a good effort until the final gun. In the end Andrean came out on top with a score of 65-0.