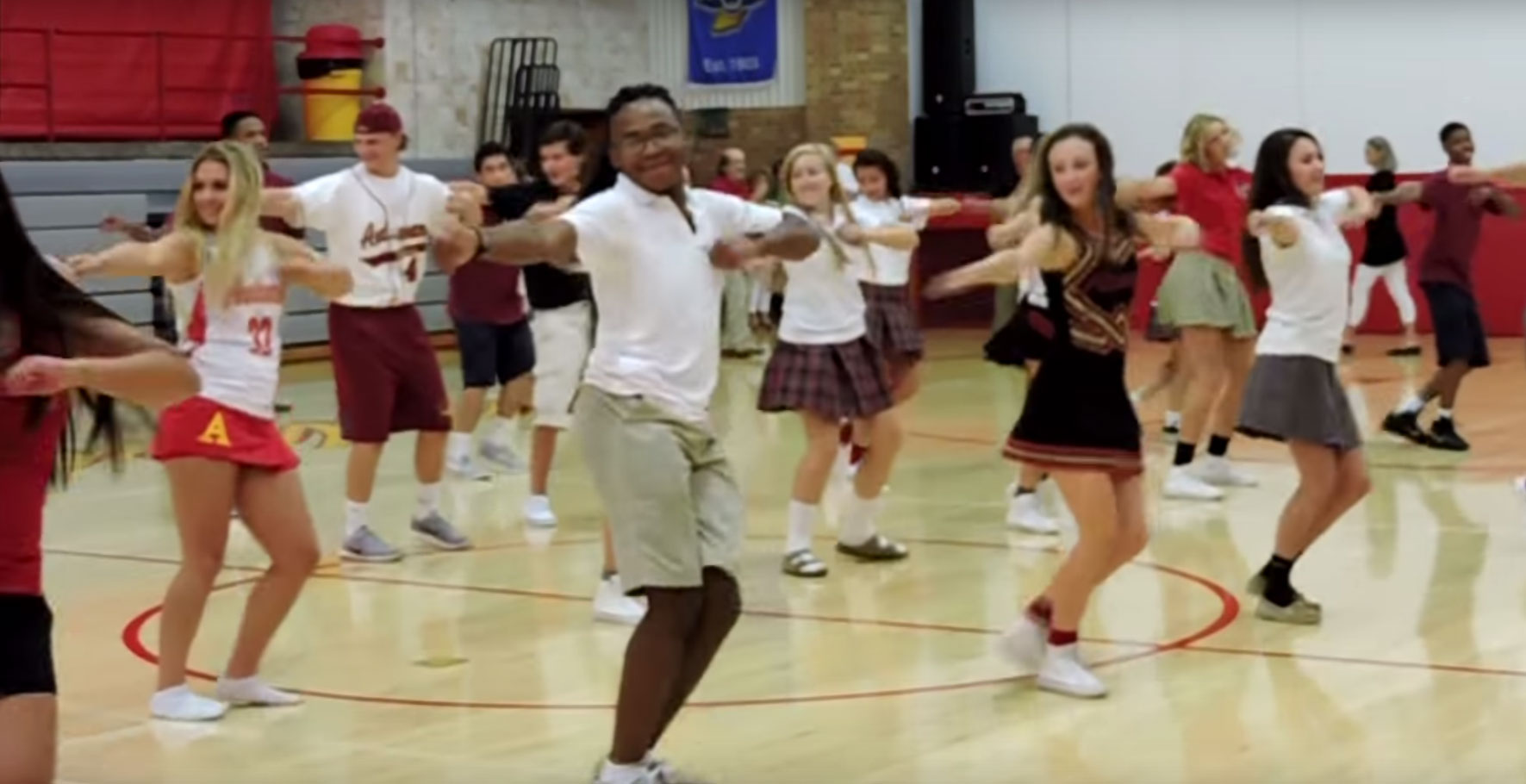 On August 21st Andrean alumni gathered in the school’s gym for the Class of 1965’s 50th anniversary reunion and were pleasantly surprised by a flash mob dance featuring nearly 100 former classmates and current Andrean students.

As the third 50th Anniversary Reunion in Andrean history the class of 1965 had to do something big. Alumnus Ann Moser led the effort and brought together students and alumni from several generations of the school’s history to take part in the flash mob. Initiated by a talk from Dave Pishkur, Alumni Director, the dance itself brought smiles and memories to everyone in attendance. It featured music from the 60’s up until today and was professionally choreographed by Bethany Coberg and Natasha Boyd. Producer Stan Cottle from In Search of Me Café, with sponsorship from The Coca-Cola Company, was able to uniquely capture the event with seven cameras, including a Go Pro, a quadcopter drone, and DSLR cameras.

The theme of the dance, “What Goes Around Comes Around”, brought together generations of Andrean students and alumni to celebrate their shared Andrean High School experience. The Class of 1965 has inspired many other classes to give back while encouraging the younger students to look at their school’s alumni in a new light.

In Search of Me Café is an interactive life skills learning program that helps teens address problems, communicate thoughts and ideas, and seek outside help in finding solutions. For more information, visit www.insearchofmecafe.com