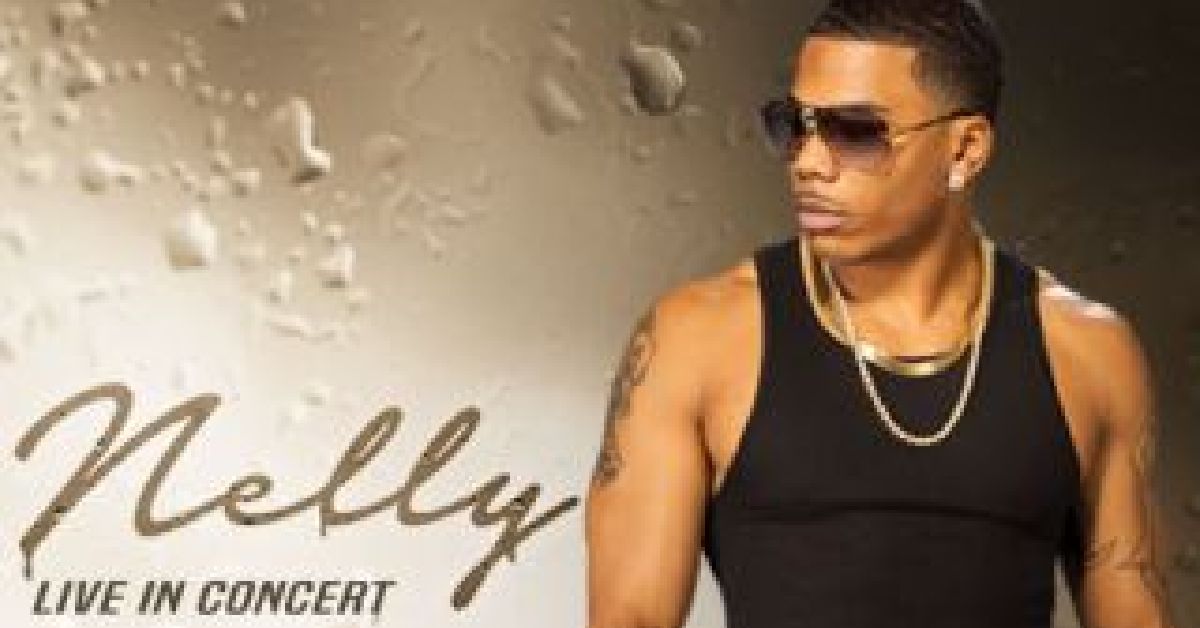 The Pokagon Band of Potawatomi’s Four Winds® Casinos are pleased to announce that Nelly will perform at Four Winds New Buffalo’s Silver Creek® Event Center on Saturday, July 9 at 9 p.m. Eastern.  Ticket prices for the show start at $79, plus applicable fees, and can be purchased online beginning on Friday, April 15 at 11 a.m. Eastern.  Hotel rooms are available on the night of the concert and can be purchased with event tickets.

In 2000, Nelly put St. Louis on the map.  At the time, hip-hop was just barreling out of the ‘90s, when gangsta rap and the Shiny Suit era largely held the spotlight and gradually introduced rap music to a broader audience. The East and West coasts steered the sound and aesthetic of hip-hop as it gained footing in the pop world, staking territory in an industry that had largely favored pop and rock in the decades prior.

But with the release of Country Grammar, his blockbuster debut album, Nelly rewrote the rules of what a rap star could be.  Country Grammar, which released on June 27, 2000, became an astronomical success, topping the Billboard 200 for five consecutive weeks and the US Top R&B/Hip-Hop Albums chart for six.  It spawned four colossal singles—“Country Grammar,” “Hot Shit,” “E.I.,” “Ride Wit Me,” and “Batter Up”—that were inescapable smashes, with three becoming top 20 hits on the Hot 100.

Its legacy endured.  In the years that followed, Country Grammar solidified Nelly as one of the most influential and foundational hip-hop artists of the ‘00s, cementing him as the third-most successful artist of that decade.  In 2016, Country Grammar became the ninth hip-hop album to earn a coveted diamond certification and set the stage for a trailblazing career that followed, counting four singles to hit No. 1 on the Hot 100, three No. 1 albums on the Billboard 200 and tens of millions in sales.

For Nelly, though, the triumph of his debut album was beyond just accolades and units moved, marking a moment in pop culture that hadn’t yet been seen: a rapper from the Big Arch competing in the same league as contemporary pop juggernauts like Britney Spears and *NSYNC.  In what could be considered overnight success, Nelly, then 25, pioneered a style yet to be heard and duplicated countless times by others in the years that followed.  In a singsong drawl that mined from the laidback demeanor of Southern emcees, he filtered braggadocio raps beaming with Midwestern pride through melodies that effortlessly smudged the line between R&B and hip-hop.  Never before had an emcee so casually architected a sound as specific as Nelly who, along with his St. Lunatics crew, had disrupted the coastal dominance of hip-hop and confected an album that would slingshot around the world.

With an introduction and closer from Missourian comedic legend Cedric the Entertainer, Country Grammar is an insular album with instant appeal that captures the spirit of St. Louis from the start.  Lead single “Country Grammar (Hot Shit)” was emblematic of the elastic, double-dutch flow that permeated the record, from the revved-up battle cries on “E.I.” to the unshakeable pop distinction of “Ride Wit Me.”  But it’s also an album smeared with the grit of the city: rap attack “Wrap Sumden” is a luscious paean to smoking weed, while the Lil Wayne-assisted “For My” is a call to arms to everyone in the Lou living life to the fullest.

It’s poetic that an album dedicated to life in the city that made Nelly a superstar also helped him reach far beyond the city limits.  In the years that followed the release of Country Grammar, he shared the stage with Destiny’s Child, Eve and Jessica Simpson on the Total Request Live Tour, and performed during the Super Bowl XXXV halftime show.  He won three Grammy Awards, released six top-selling studio albums and graced both the small and big screens alongside Adam Sandler and Chris Rock.

But as Country Grammar turns 20, it’s impossible to deny how Nelly rewrote the rules of what it means to be a rapper at the dawn of the new millennium, breaking down the door for the pop-rap hybrids that followed and altering the course of hip-hop forever.  Nelly may have gone on to achieve international acclaim, but St. Louis—and the album that made it—will always be his foundation.

More information on Nelly can be found at www.nelly.net.

The Pokagon Band of Potawatomi’s sovereignty was reaffirmed under legislation signed into law by President Clinton in September of 1994.  The Pokagon Band is dedicated to providing community development initiatives such as housing, education, family services, medical care, and cultural preservation for its more than 5,900 citizens.  The Pokagon Band’s ten-county service area includes four counties in Southwestern Michigan and six in Northern Indiana.  Its main administrative offices are located in Dowagiac, Mich., with a satellite office in South Bend, Ind.  In 2007, it opened Four Winds Casino Resort in New Buffalo, Mich., followed by Four Winds Hartford in 2011, Four Winds Dowagiac in 2013 and Four Winds South Bend in January 2018.  The Pokagon Band operates a variety of businesses via Mno-Bmadsen, its non-gaming investment enterprise.  More information is available at www.pokagonband-nsn.gov, www.fourwindscasino.com and www.mno-bmadsen.com.