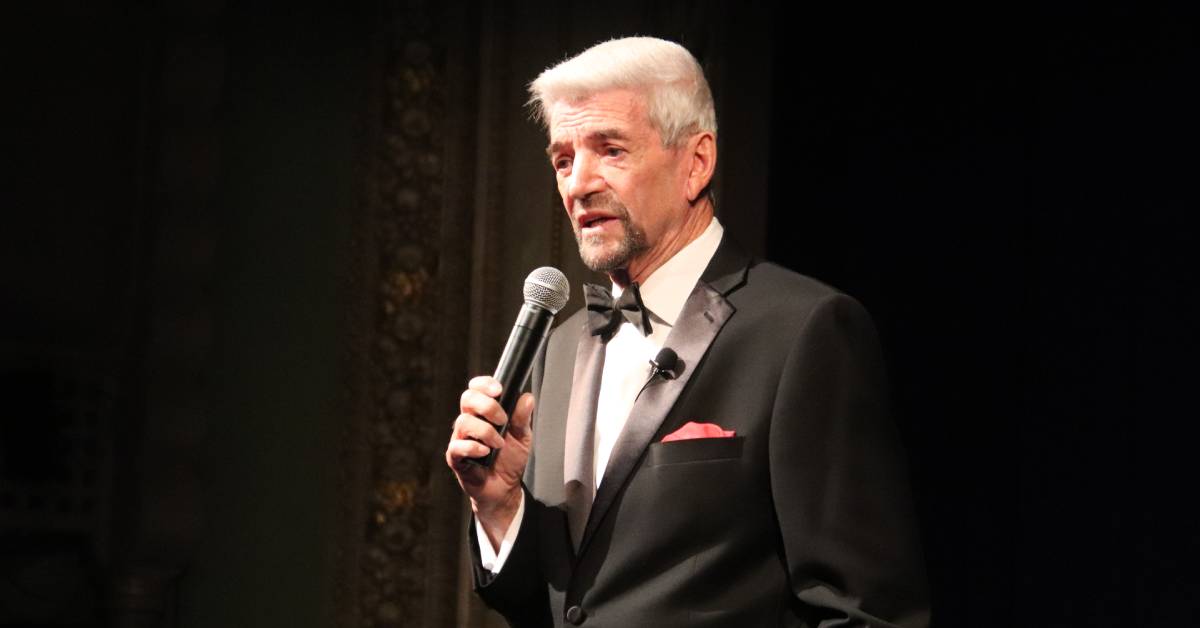 The sold-out show brought longtime fans, lifetime friends, and friendly faces together from near and far. Lucy Elizaldeli and her husband traveled all the way from Monticello to the Opera House they’d been to only once before.

“We used to see him all the time in Vegas and Atlantic City when he opened for Frank Sinatra,” Elizaldeli said. “He’s just terrific.”

Locals Pam and Bill Schiller waited outside, hoping to nab any extra tickets as part of their 40th anniversary celebration, as they’d only ever seen Dreesen on television.

“We remember Dreesen from the Carson show and playing with Sinatra,” Bill said. “We used to be season ticket holders, and we hope we don’t miss this show!”

The helpful Memorial Opera House staff found the Schillers a pair of seats right up front.

“We love being downtown,” Schiller said of the Opera House’s historic location. “It adds another element to this wonderful city of so many opportunities with a strong hometown feel.”

“Quite frankly, this is a venue that’s so important not just to Valparaiso, but to Porter County,” said Cliff Bryan, Memorial Opera House Foundation board member and the show’s sponsor. “It’s important to support the theater through the shows, but we also need to preserve the building itself for generations to come.”

The event’s proceeds will go to the Foundation to help fund day-to-day operations, maintenance, and the shows that make the Memorial Opera House a local legend.

The Foundation secured the show with Dreesen, who hadn’t played the area since the early 70s, through Bryan’s golfing relationship with Dreesen.

Dreesen’s stand-up and storytelling held the rapt audience’s attention. The Navy veteran opened the show asking for vets to stand and soak up a round of applause.

“Without these men and women,” Dreesen said, “We don’t have a United States of America, and that’s a fact.”

Dreesen has seen much of the country throughout the years, starting in the 60s touring with his comedic partner Tim Reed, forming the nation’s first black and white comedy duo. For five years, Tim and Tom “took to the stages across the nation to help Americans confront the racial divide by laughing at it.”

Dreesen got his first big break on The Tonight Show with Johnny Carson, where he made 61 appearances total. Dreesen was one of David Letterman’s favorite guests, and has often been tapped to guest host on late night comedy shows.

When Sammy Davis, Jr. booked Dreesen as his opening act for two months, the arrangement turned into two years. Eventually, Sinatra himself took an interest in Dreesen, and the two played shows together for 13 years until Frank sang his last song: The Best Is Yet to Come.

Dreesen’s message of looking ahead plays off his tendency to reflect upon the past, pasting to it his classic brand of humor, all delivered with pitch perfect timing.

“It’s fantastic,” Bryan said of Dreesen’s draw, bringing in an audience of all ages from inside and out of Porter County. “We hope to have him back next year.”