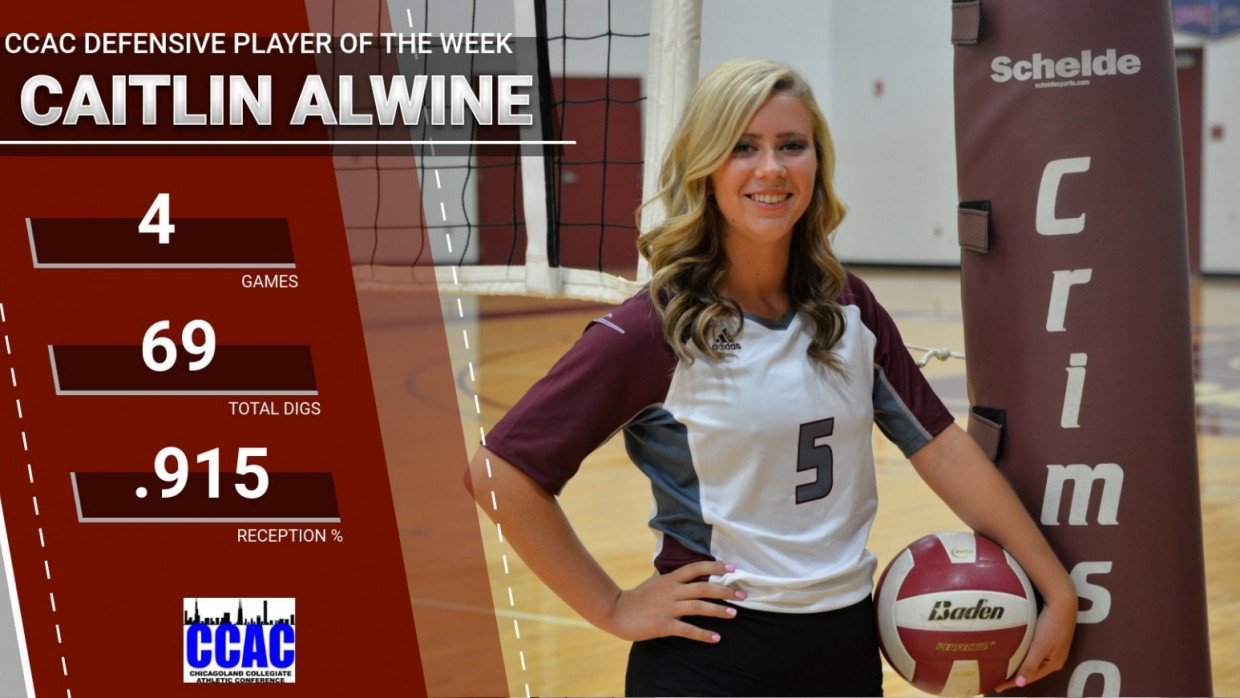 First week of action for the Calumet College of St. Joseph women's volleyball team in the books, first conference award collected. After her stellar this past weekend's action at the Siena Heights Tournament, junior Caitlin Alwine (JR/Goshen, Ind.) has been named the Chicagoland Collegiate Athletic Conference Defender of the Week, a fitting way to cap of her first four games in a Crimson and Gray uniform.

Alwine was nothing short than outstanding in the four matches she played in this past weekend. The libero had at least 12 digs during every match, good for a weekend total of 69, and a per match average of 17.25. Her best contest came in the third of the four games, tallying 25 digs in a match with Rochester College. Alwine also collected 21 passes without an error during the same contest. Although the Wave dropped all four of their matches, Alwine still earned a .915 reception percentage over the course of the weekend.

Alwine is the first Crimson Wave women's volleyball player to win the award in the last ten years, according to the CCAC website who's archives go back to the 2007-2008 season. She will look to win in back to back weeks, as the Wave have yet another busy slate today through Saturday. CCSJ will take on IU-Northwest this evening in Gary, before hosting their first two home matches this Saturday against Moody Bible and Lincoln College at 11:00 am and 3:00 pm respectively.