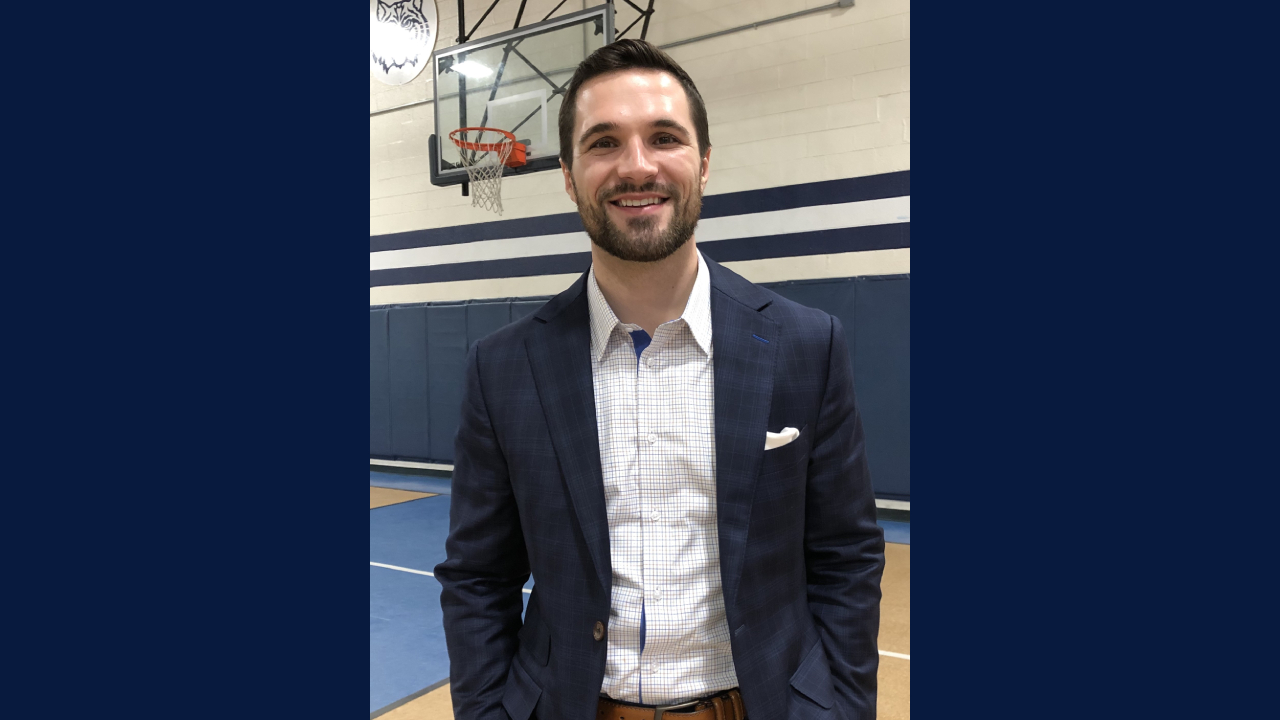 Four words sum up Alex Nickla; professional, personable, passionate, and positive. Alex is a 2009 St. Mary Catholic Community School graduate and currently is the team leader of The Nickla Group, a top 40 Real Estate Team in Northwest Indiana. Alex graduated from Crown Point High School in 2013 and attended Indiana University in Bloomington for one semester. While at IU, he started learning about finance, Real Estate, and business outside of the classroom through YouTube videos, reading books, and attending seminars. During this time, Alex spent a lot of time in self-reflection about “myself and my journey.” Alex said, “I knew in my heart there was something else for me.” He continued, “The things that were the most important to me were the relationships.” He decided to return to Crown Point for two reasons; to help his family and to start a career as an entrepreneur.

When thinking back on his athletic career at St. Mary’s as a youngster, Alex said, “I loved competition and the growth part of sports.” He also compared sports to business by drawing parallels between them; he enjoys the competition and growth found in each. At the age of 22 Alex was named the youngest top 25 agent in Northwest Indiana.  Despite receiving this prestigious award, Alex decided that he needed something more fulfilling in his life. It was at this time, while reflecting on what he wanted most from life, that Alex started his Real Estate team.  Since then, Alex’s team has grown to 8 agents and is one of the top real estate agencies in the area. Because of his success, the town reached out to Alex to put YouTube videos on “State of the City”. In these videos, Alex gives updates on what is happening in Crown Point and other parts of Northwest Indiana.

St. Mary School is like home for Alex.  He fondly remembers his former teachers Linda Mesich, Beth Flynn, and Jenny Horn, who still teach at St. Mary’s.  When asked to think back on his career at St. Mary’s, he said “I love this place so much.” Alex believes that he was “100% shaped” by the values and morals taught at St. Mary School. The “adults taught us how to be kind to others.”  Alex reflects daily about what he is grateful for, and he always and comes back to the lessons taught at St. Mary’s. When he asks himself what he believes, he constantly reverts to the times he had in church as a student where he built a relationship with God and gained a perspective on life from Father Patrick Kalich, St. Mary’s long-time pastor. St. Mary’s teachers were good examples, they all demonstrated that they each had a kind heart and laid the foundation of kindness in his life. He learned many of his leadership skills through this modeling and the examples provided by his teachers and the school’s leaders.  He also learned the importance of mass in his life and self-discipline through the school’s daily schedule. Alex was most impressed by his teachers who were teaching “because they believe in it.” He went on to say that every year each teacher added on to this. When asked about Alex, principal Tom Ruiz said "Alex has always been a superstar! It was just a matter of time before he found the path he was meant to be on. Despite his many talents as a youngster and as an adult, Alex has always remained humble and grateful for his blessings."

Alex worked hard, but also had fun while at St. Mary’s School.  He was very athletic and especially enjoyed playing basketball. In his free time, he plays basketball weekly at the YMCA and he also started mixed martial arts last year. He and his wife love being outdoors, and they frequently go to her hometown of South Bend to visit her family.  He is working on his Spanish skills so that he can communicate better with his Mother-in-Law, who speaks only Spanish. Alex has maintained friendships with many of his friends from Kindergarten and he still spends time with them. The best man and one of the groomsmen in his wedding were both friends from Kindergarten at St. Mary’s.

The main reason for Alex’s success lies in the service he provides to others, not in his personal interest in earning a commission. Alex is driven by the Golden Rule he learned at St. Mary’s; “treat other people the way you want to be treated.”  He “wants what is best for each person/client” and the impact he can have on others. His strives to be “as quality as possible.” When asked what’s next in his life, Alex said that his goal is to expand and grow his business. Alex firmly believes in providing quality service rather than selling a large quantity of houses.  Character, along with values and morals are very important to Alex. Alex has set a formidable goal: to be a leader in the business world. He summed up this goal by saying, “I want to be involved in something bigger than myself.”