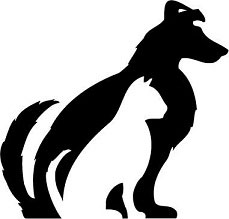 The adoption special is open to the public and the event takes place with extended hours from 11 a.m. to 7 p.m. at the shelter located at 421 45th St, Munster, Ind.

All adoptions require an approved application and all standard adoption procedures apply. Puppies and some kittens are excluded. Additional fees—including a $25 rabies vaccination fee—may apply.

The 2014 ASPCA Rachael Ray $100K Challenge is a nationwide competition for animal shelters (and their communities) aimed at getting more animals adopted or returned to their owners than ever before. As a contestant in the challenge, HSCA is competing for a chance at more than $600,000 in grant funding, including a grand prize of $100,000.

For the challenge, HSCA chose the theme of “Rescue Me.” Throughout the summer at the shelter, HSCA will offer Save Me Saturdays with reduced adoption fees for a special group—including police officers, firefighters, EMTS, doctors, nurses and more—during each event.

Additional information on HSCA’s participation in the 2014 ASPCA Rachael Ray $100K Challenge can be found on www.hscalumet.org/aspca.asp.