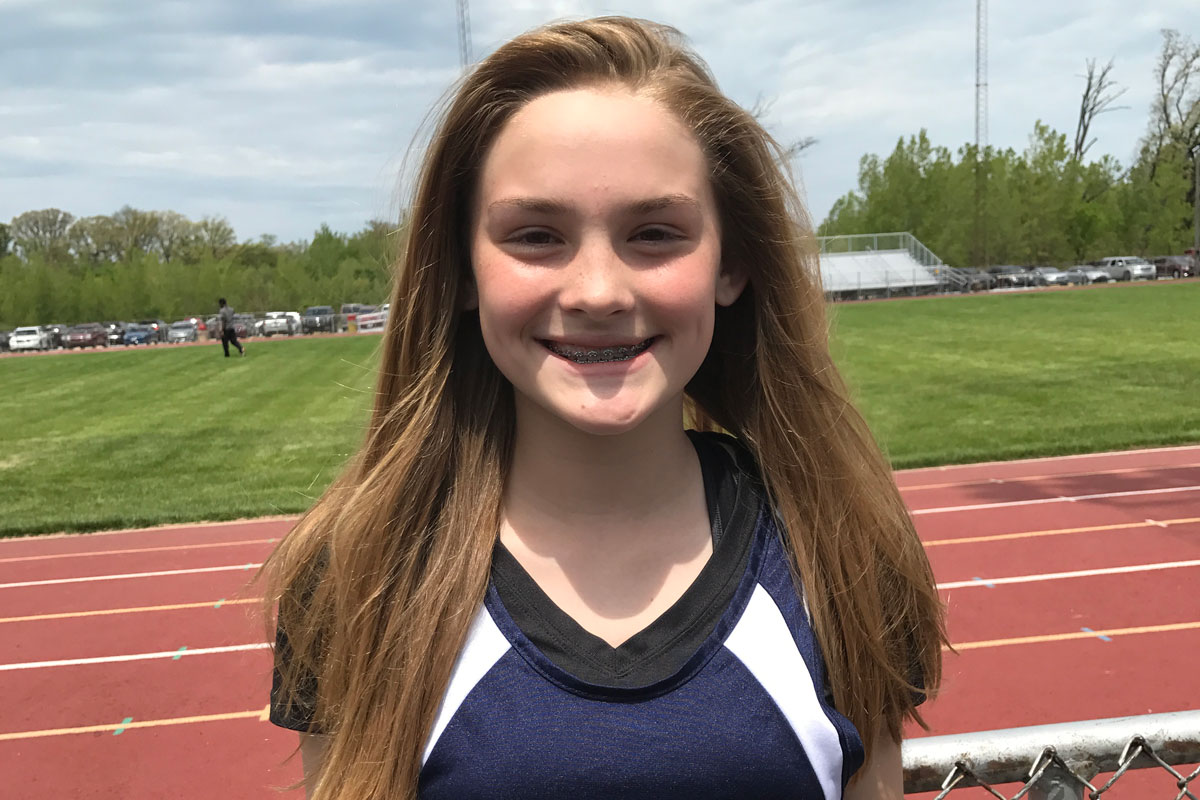 On Saturday, May 13, 2017, Emma Smiser shattered a CYO record that was established in 1981. Emma is an 8th grader at St. Mary Catholic Community School in Crown Point. She decided to run track for the very first time as an eighth grader, her final year at St. Mary’s School. “I went out for track because my brother and my friends encouraged me to. I really enjoyed hanging out with my friends a practice. Coach Vickers was a great coach,” said Emma. Emma’s time for the 100m dash was 12:66, which is nearly two tenths of a second faster than the previous record. “The incredible thing was that we had a very rainy spring. Training for track was limited. She broke that record based on God-given ability. She’s a natural!” said Principal, Tom Ruiz.

Running is a source of family pride in the Smiser household. Emma’s brother Collin broke the CYO record for the boys 100m dash last year as a student at St. Mary Catholic Community School. In the fall of 2016, Collin broke his leg playing football. His 2017 spring track season was in doubt, but not only did he participate, he won every race he ran.

Emma will be honored by the director of the Northwest Indiana CYO, Paul Wengel, on Wednesday, May 24 at 2:30 PM at the CYO office with a special presentation.