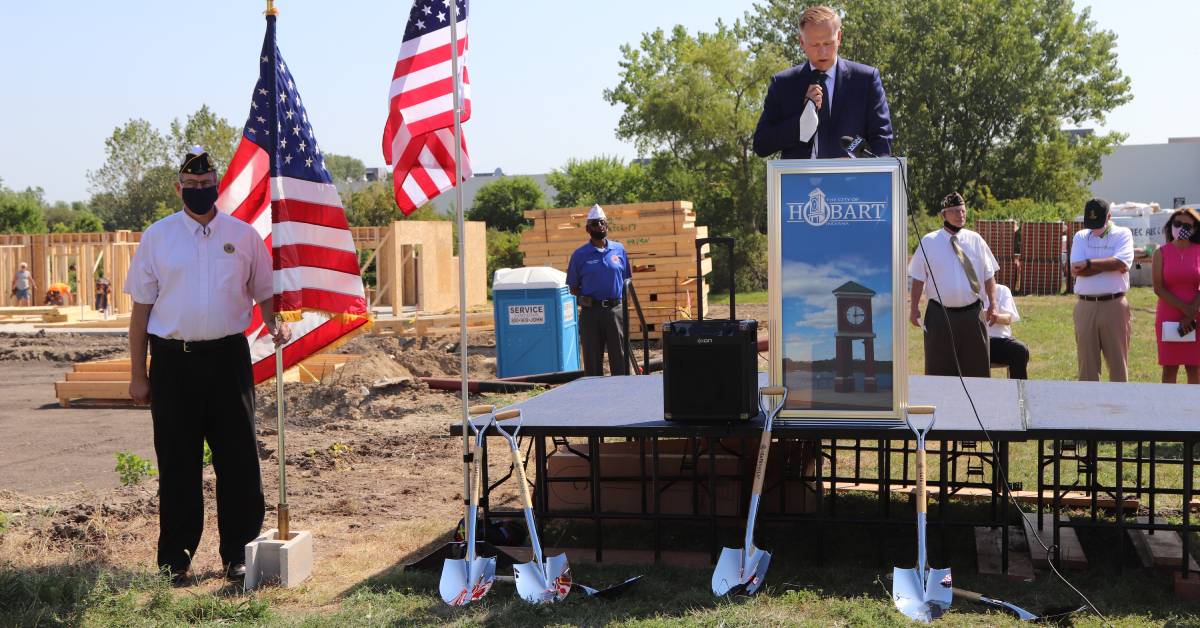 For the past three and a half years, A Safe Haven Foundation and city officials from Hobart and surrounding communities have been developing a project that will help get veterans off the street and on their feet. Today marked the groundbreaking of a veteran subsidized housing facility in Hobart, Indiana.

“A lot of approvals, site-planning, presentations, and veteran groups have played a part in this process,” Snedecor said.

The organization responsible for kickstarting this project is the not-for-profit called A Safe Haven Foundation.

A Safe Have Foundation has opened 40 locations with the newest being this 75-unit subsidized housing project, which should be open to veterans in May 2021. The foundation was established 26 years ago by Co-Founder and President Neli Vazquez Rowland and Co-Founder Brian Rowland. The couple is devoted to developing housing for homeless veterans to give them the well-deserved means for housing security and job opportunity.

“I’m a veteran,” Brian Rowland said. “My dad became a citizen by fighting in the Korean War. He received a bronze star, so we’ll have a bronze star on the entrance here dedicated to him. We’ve had nothing but great support from the veteran community here, the mayor, Lake County, and the Veterans Association (VA). This project has been a pleasure.”

When the facility opens, veterans can contact the VA. Housing will be processed through the State Housing Authority and then those veterans will be placed with A Safe Haven Foundation.

Brian Rowland expressed the importance of not only the mission but also its location. There is a higher percentage of veterans living in Indiana than most states. He continued and said that the VA identified the area as a place of unmet need and put out an RP for funding this project.

The location of this upcoming facility was not a random choice. Former First District Councilman Jerry Herzog noted that the area surrounding the location has resources for vets including trade schools, a university, shopping centers, and the Gary transit.

“This will give vets the chance to reintroduce themselves into society and to life,” Herzog said. “Some stay and some move on; they get their education, they get back on their feet.”

Former 5th District Councilman John Brezik revealed that the land being used for the apartment-style building was a gift from property owner, David Lasco.

“The owner of the property donated the land. Lasco’s a friend of mine, and we were able to work that out,” Brezik said. “This facility is a Godsend for this area. We desperately need it. There is a possibility we may be working with A Safe Haven to make more buildings and structures coming up in our Lake County area.”

The current name of the land is Silver Stone, but Brezik disclosed that the property will be renamed upon the official opening of the facility. The name that the project leaders have in-the-works is Patriot Park.

To learn more about this housing project and other locations created for veterans by A Safe Haven Foundation, visit their website at https://www.asafehaven.org/.