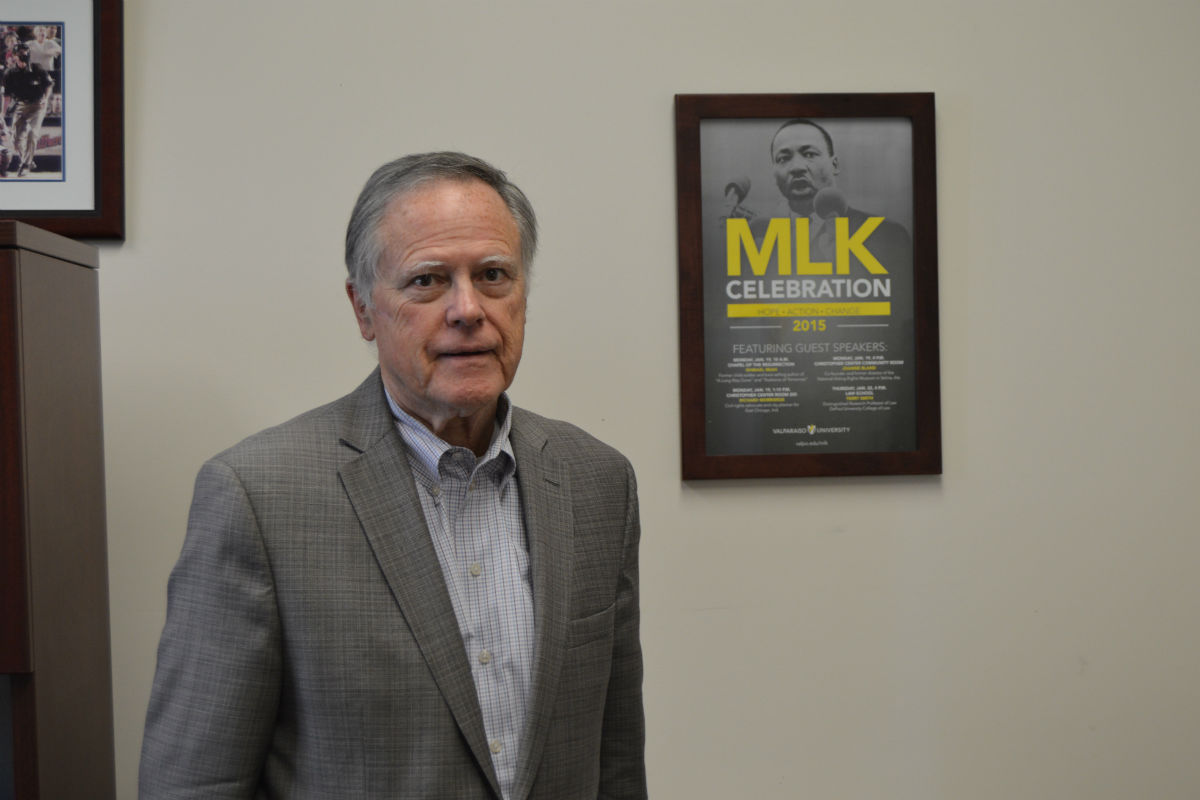 Richard Morrisroe’s life has been filled with the strong desire to help others. From helping out Dr. Martin Luther King in 1964 to helping mental patients find safe and reliable care and shelter, Morrisore's daily drive to help others has not ceased, but rather increased as time has gone on.

Morrisroe, the eldest of three children, was born in Chicago, Illinois in 1938 to Irish Catholic immigrants. He was ordained as a Catholic Priest in 1964 and was assigned to work in a Black Catholic Parish on the South Side of Chicago. Morrisroe had worked for nine months when Dr. Martin Luther King sent out the call for students and clergy to join in the movement for voting rights. In response, Morrisroe obtained permission from the Chicago Catholic Interracial Council and traveled with a delegation to participate in the march. The delegation stayed nine days in Selma and marched to the Dallas County courthouse, where voter registration applicants were being turned away. Morrisroe left Selma before the fifty-mile march began.

In August, Morrisroe returned to Alabama and was arrested along with a group of other members of a peaceful delegation. On August 20, the group was released without transport back to Fort Deposit. The group waited near the courthouse jail. Morrisroe, Daniels and two black female activists, walked to buy a cold soft drink at Varner's Cash Store, one of the few local places to serve non-whites. An unpaid special deputy, who was armed with two weapons threatened the group During the confrontation Daniels was fatally wounded while Morrisroe was severely wounding in his lower back.

Morrisroe remained in the hospital for a month after the surgery and was transported to a hospital in Oak Park Hospital in Illinois and stayed there for five months. Although the gunshot wound was to his lower back, there was nerve damage that caused him to have to learn how to walk during after two years of physical therapy.

Despite the incident, Morrisroe's attitude of helping those in his community and helping those around him has never wavered and this attitude remains a part of him and his work towards the Northwest Indiana Community.

"Helping others has been a part of my upbringing since my childhood," says Morrisroe. "I remember my mother giving cold lemonade and warm coffee to the garbage collectors in the summer and winter. Simply noticing people around us and reaching out to them is all it really takes to make a difference."

Morrisroe currently lives in East Chicago, Indiana with his wife, Sylvia who he married in 1973. Morrisroe speaks fluent Spanish due to Sylvia’s expert tutelage. They have two children, Jonathan and Sioban, and four grandsons. He says he does speaking engagements every now and then.

Morrisroe obtained a Master in Urban Studies and also obtained a law degree from Northwestern School of Law. From 1986 to 2005 he worked as a Staff Lawyer for the Chicago Transit Authority.

Morrisroe celebrated fifty years in the priestly ministry in May of 2014. He received an honorable discharge in early 1993. Today you will find Morrisroe working with papers and maps as City Planner for the City of East Chicago and teaching part-time at Calumet College of St. Joseph teaching the New Testament, business ethics and social justice.

Along with his distinguished career, Morrisroe has also spent his time working with the Regional Mental Health Center and Catholic charities of the Gary Diocese.

"My work with the mental health center and these Catholic charities all come from wanting to help others. Seeing these people put into poor situations and having no support from anyone has led me to reach out and help them in various ways. Whether it's providing supplies or food or even shelter, these things can help out anyone in need in a large way."

Morrisroe said he was blessed to share in those suffering that enriched his life even though it resulted in “my walking down some unconventional streets, and if asked to do it again, my answer would be ‘yes,’” he said.