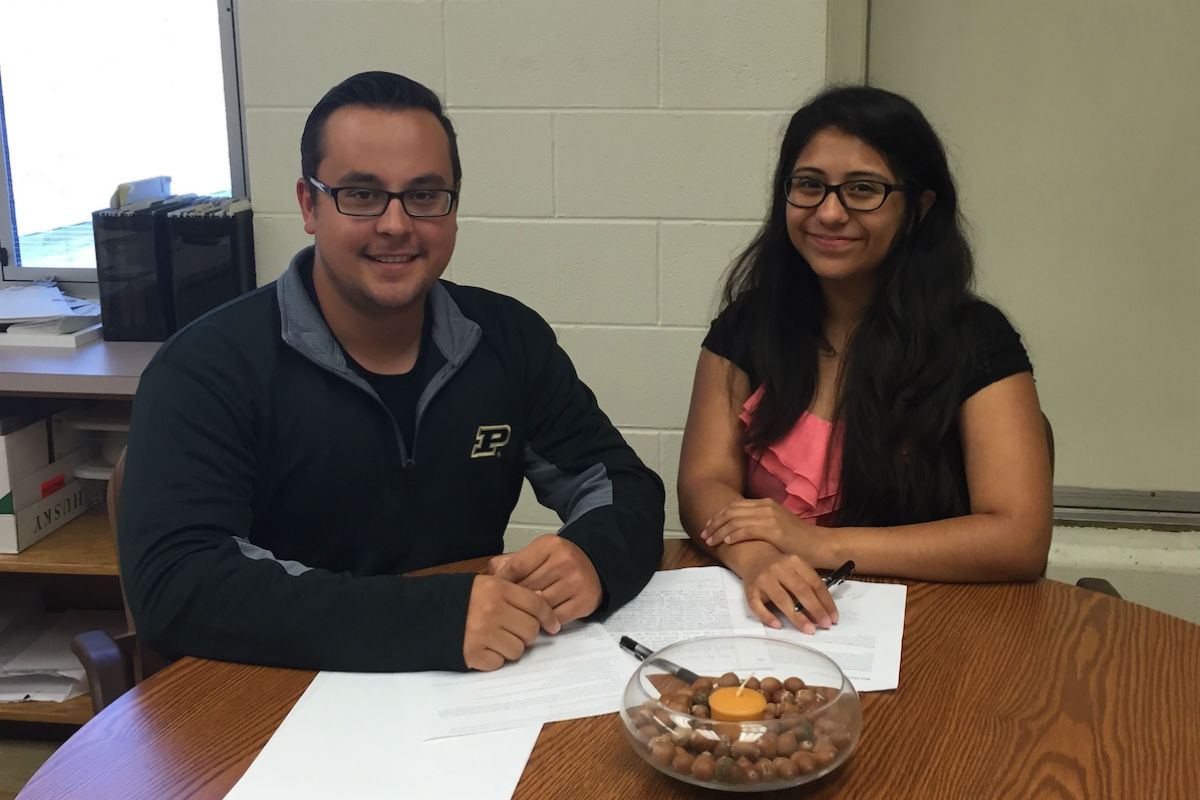 Heading into college, Joshua Long planned on studying economics, however, he did not realize his career plan would change during his senior year at Purdue.

“I went to Purdue for Economics,” Joshua said. “Going into my senior year I realized I did not want to sort data. I decided to go into education. I was recruited by Teach for America.”

Joshua taught at Gary Comer College Prep in South Chicago for two years. After growing up in Griffith he decided to return to northwest Indiana and look for a teaching job in Hammond. He ended up finding a position in the Hammond Education Foundation. He was hired as a consultant for a year to prepare to take the role of Executive Director once former director Gail Rodovich retired.

“Gail was planning on retiring so I was brought on as a consultant during a transition year,” Joshua said. “Gail has been there since the early 90’s.”

The Executive Director position was not the teaching job Joshua was originally looking for, instead he found a job that would give him the chance to help teachers innovate their classrooms and help students receive scholarships for college.

“We look to support teaching and promote student achievement,” Joshua said. “The foundation was established in 1983 by a Board of Directors. It was created to support scholarships and classroom and school grants.”

After taking the helm a little over a year ago, Joshua looks to continue the work started by Gail such as the Come Read with Me program while creating others based on the same formula.

“About five years ago Gail started Come Read with Me,” Joshua said. “They teach the parents how to read to their kids at home. That was the first program that the foundation wanted to spearhead and push to continue.”

Half of the foundation’s job is to implement new ways of teaching and connecting the classroom to the homes of students. The other half is fundraising. Money raised in fundraisers goes to supports schools, classrooms and scholarships, according to Joshua.

“We want to say ‘we funded your classroom, can this be implemented throughout the rest of the district?’” Joshua said. “We have a payroll reduction set up. That is where teachers can donate $5, $10, etc. from their paycheck to the foundation. We also have Outstanding Educators awards for teachers as a way of giving back.”

Joshua is grateful for the close relationship the foundation has maintained with the school district as they both look to work with each other.

“I cannot say enough about their support,” Joshua said. “On a personal note, it is pretty validating to see that people like our initiative.”

The biggest challenge Joshua faces is that there is more work than there are people to handle it. Along with the Board of Directors, Joshua is the only full-time employee and has a part-time organizer assisting him. Despite the overwhelming amount of work placed on them, they strive through it and maintain the goals of the foundation.

“One of our core values is families, which is huge,” Joshua said. “It is hard for us to do all of it. One of the goals is to have better connections with parents.”

One of Joshua’s goals is to see the foundation grow in numbers. However, in order to make that happen, they need to reach their full potential, according to Joshua.

“Obviously we would love to grow,” Joshua said. “First, we need to get a handle on being efficient with the time and things we have going on right now. We need to maximize the impact and donors we have.”

Joshua has learned a lot in his few years of teaching and work with the foundation. He knows that both schools and families need help and new ways to innovate the education system. The current budgeting crisis hitting many school districts in the area motivates him to continue to help the Hammond in both the schools and community.

“While teaching on the south side, I was really overwhelmed by the parental support and that has not changed in Hammond,” Joshua said. “I have seen students needing monetary help to get into college and more needing help with improving skills. One of our priorities is handling the funding crisis. Education is more political today and sometimes parents get caught up in it. The foundation plays a role today. We are here and we want you to be innovative.”