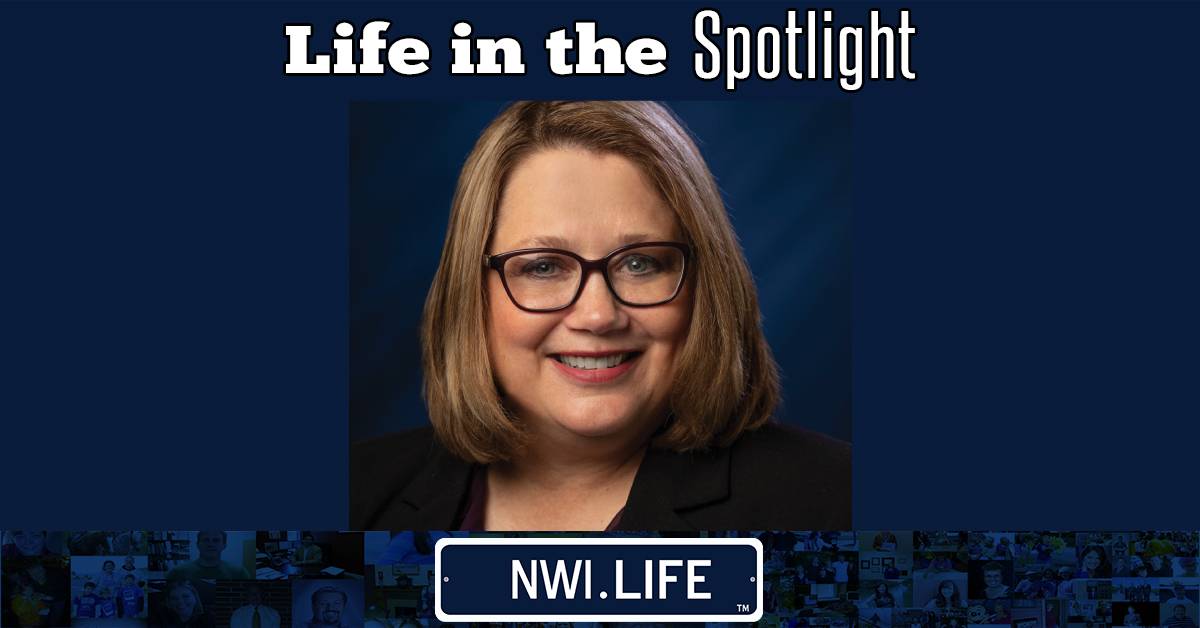 Lisa Beck is a strong woman. A lawyer, State Representative, advocate, wife, and mother, Beck uses her experiences and position to help those around her.

“I just came from a background where you help people who need help,” she said.

A Crown Point native, Beck grew up living not too far from the square. One of eight children, she was surrounded by the love of her four brothers and three sisters. The family eventually moved to Boone Grove where Beck met her future husband. The high school sweethearts have been married for 38 years and have raised two strong women, which Beck said is one of her greatest achievements in life.

“I’m so grateful that my daughters have grown up to be two successful and caring women,” she said.

When Beck first started her continuing education at Indiana University Northwest, she wasn’t sure what path she would take. She ended up leaving school and starting a family, but something as simple as attending her sister’s graduation would spur change.

“When my sister graduated, the commencement speech was from a woman lawyer whose story was so inspiring that I decided to go back to school,” she said.

Beck finished her degree in accounting at Purdue University Northwest in Westville. While she loved accounting, Beck knew she wanted a career where she could help people, so she went on to Valparaiso University Law School and finished her law degree in 2000.

It was during this time that Beck’s family went through some rough times when her daughter was diagnosed with Guillain-Barre Syndrome and spent most of her 8th grade year in and out of hospitals. Beck was there to help her along and even took a position with the Crown Point Prosecutor's office so she could be closer to home and take her daughter to and from appointments. Throughout that time, Beck recognized the strength already apparent in her daughter.

“She was so amazing. She was the one who actually helped all of us get through it,” Beck said.

Beck spent nine years in various roles in the prosecutor’s office and enjoyed that time advocating for the public. She eventually went into private practice before running for State Representative in 2018. She’s enjoying her new role as a State Representative for District 19 as it allows her to get back to some of the work she did as a county prosecutor.

“I’m so lucky to have this job. It’s an extension of everything that I’ve done, especially in the prosecutor’s office, and with women’s health issues and economic development,” Beck said. “As a State Rep, it’s amazing how many people I can help.”

During her run for office, it was the people she met who inspired her to fight on their behalf.

“All of the ideas I have for legislation are brought about by ideas that have been expressed to me by constituents,” Beck said. “When I was running for office, I knocked on a lot of doors and based on things that I heard I’ve tried to follow through with the concerns that people had.”

Beck hit the ground running as a State Representative and hasn’t stopped.

“Since I was elected and sworn in, I eat, breathe, and drink this job. I am so grateful to have the opportunity to represent my constituents,” she said.

One of Beck’s biggest passions for Northwest Indiana is helping to create opportunities for good-paying jobs through skilled labor. As ranking minority member of the Employment, Labor, and Pensions Committee, she is looking to make the Region a top choice for skilled labor.

“We need more people working in trades. We have companies who would come here but we may not have the amount of skilled labor they need,” Beck said. “We have the ability to make sure that people get skilled up. We have IU, Purdue, Ivy Tech who are working hard to getting Hoosiers skilled up.”

Even strong women need support and Beck is grateful for hers.

“I have to thank my husband. He’s so supportive,” she said.

When asked if she’ll seek a second term as a State Rep, Beck’s answer was yes, because she’s not done serving the people of her community.

“There are so many things that I want to get done and it’s hard to get it done in two years, so I definitely want to try for another term,” she said.

No matter what the future holds, Beck’s strength, determination, and passion for those she serves will be guiding traits of her career.