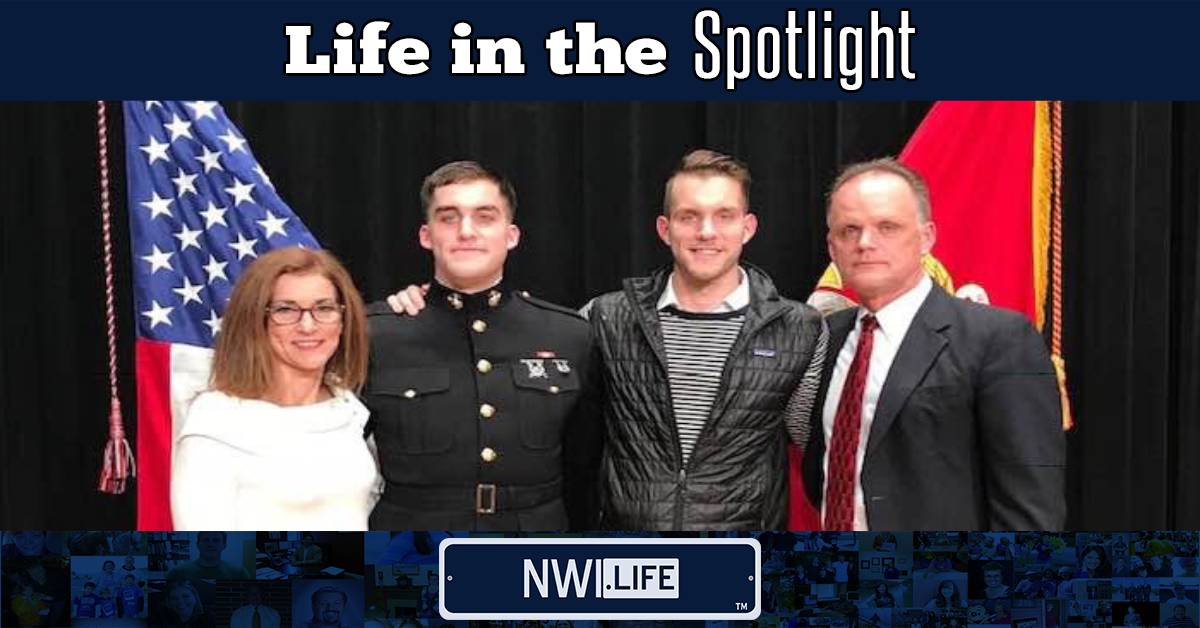 “You have one life to live—make your dreams reality,” Ethan Whitaker said.

Whitaker, a former Chesterton High School swimmer, is a Cyberspace Officer for the United States Marine Corps. Growing up in the Region, he dreamed of becoming a soldier on the frontlines. He became just that, but in a different way than he imagined.

“Deep down, I have a passion for justice and addressing evil people who think they are safe behind their screen,” Whitaker said. “There is a war around us every day.”

After graduating high school at the top of his class, Whitaker attended the U.S. Naval Academy to pursue becoming a naval aviator. He took academics seriously and continued to swim; his days were filled with challenging courses and elite swim practices. Though quite an adjustment from high school, Whitaker believes the friendships he made in the Academy helped him succeed. He reminisces about his swimming career with no regrets and fond memories, and he carries the lessons learned in his lane throughout all areas of life.

“I learned that self-discipline will make you a winner in the long run,” Whitaker said.

Whitaker graduated with a bachelor’s degree in Cyber Operations and headed to The Basic School to train to become a Marine Corp Officer. He learned a lot at The Basic School, from survival skills to skydiving. It is also where he discovered his true calling. Instead of the infantry, Whitaker set his sights on a different frontier: the worldwide Web.

“Anyone with a laptop and an internet connection can wreak havoc,” Whitaker said.

Whitaker is paving the way with three other officers in this specialized division. He will be stationed in Japan and looks forward to what the future holds. For Whitaker, keeping the internet secure within the military is a privilege. It has caused him to grow into a responsible, caring citizen.

“The military is one of those places where you meet and grow with people from all walks of life and from varying cultures and perspectives,” Whitaker said. “It makes you truly appreciate what we have going here in the United States.”

Whitaker predicts the need for more IT-oriented individuals to join the military. He encourages any interested parties to read and research, because things change every day. Whitaker believes that cyber within the military is a noble cause that will enhance the safety and achievements of the country as a whole.

“To me, this is the time of the Information Age,” Whitaker said. “Manipulation of information drives the world events and outcomes. There's nothing more exciting.”

Whitaker believes joining the military in any capacity is a great way to give back. He is thankful for his own experience and the people who inspired him. Beyond swimming and academics, he learned valuable life lessons such as how to be a leader and how to approach everything with a critical and ethical mindset. Moreover, working alongside those who have made huge sacrifices on behalf of their country taught him, in his words, ‘the way of the warrior.”

“All of my teachers, past and present, continue to inspire and drive me to become the best version of myself,” Whitaker said.