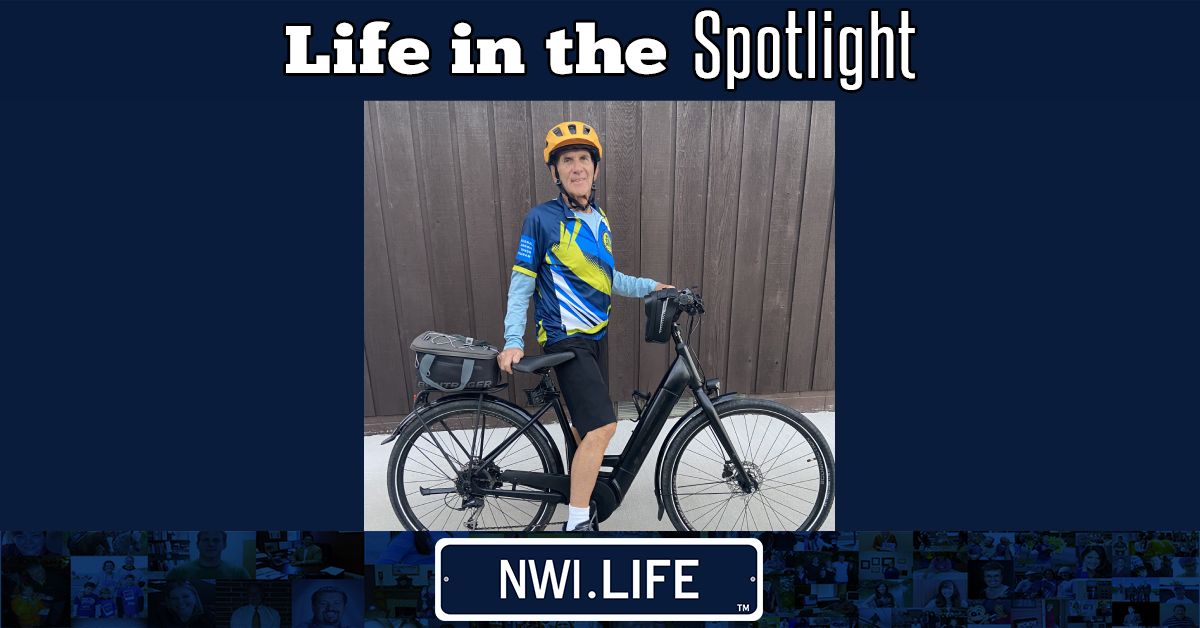 Tom Banas has dedicated his entire life to helping not only the people in his community of Highland, Indiana, but also all of the people in America. Banas served as a medical assistant in the United States Army for two years.

During his time in the army, Banas was stationed in Fort Carson, Colorado, where he learned how to ski.

“The Cheyenne Mountain was nearby and when we had time off, we went there to ski,” Banas said. “We taught each other how to ski and since then, I’ve been teaching people how to ski.”

Banas is a father of four; He has raised three daughters, a son and now has five grandchildren. In raising his children, Banas has promoted the same dedication to helping others that his parents instilled in him from a young age.

“They all dedicate their lives to help people,” Banas said.

Banas enjoys spending time with his family; he enjoys camping at the Dunes, gardening and working out in the yard, however, Banas describes Christmas being one of his biggest achievements.

“Highland has a contest and I won first place in probably three out of the five contests,” Banas said. “With my grandson and kids, we decorate quite a bit.”

Banas mentioned that he lives in a great community.

“The neighbors and the community are great,” Banas said. “The town is very helpful and supportive of anything you want to do.”

Banas has always been a supporter of the people in his community and keeping the locals active.

“I went to the town board meetings quite a few times and made suggestions,” Banas said. “One time, we started our own athletic club.”

Banas has also recently retired from his job at Pat’s Frame and Axle in Griffith, Indiana. He has always been involved in a variety of activities, some of them including skiing, hiking, coaching softball at Highland High School, and riding his bicycle.

He usually does several bicycle rides during the week to stay active; however, on September 17, 2022 Banas participated in a 600 mile bike ride over the course of 10 days from Chicago, Illinois to Madison, Wisconsin.

“It was called Tour de TC Midwest,” Banas said. “It raises awareness and funds for Be the Match, which is an organization that provides bone marrow transplants to people with blood cancers like leukemia and other diseases.”

Through the influence of his late wife, Pamela, who passed away from cancer five years ago, Banas knew he wanted to partake in the marathon to make a difference in other peoples’ lives.

“My parents always instilled in me to do what I can to help others,” Banas said.

In order to prepare himself for such a strenuous journey, Banas went to the YMCA, where he would exercise on the machines for an hour and afterwards, he would ride his bike.

“I would ride either to Crown Point, Hobart, or wherever I felt I could ride. Sometimes I would ride to the Illinois border,” Banas said. “We have some of the best trails, so it’s really fun to ride.”

Despite some of the challenges Banas has faced, he stayed motivated by his passion for helping others.

“Cancer is not something that should be avoided,” Banas said. “Always get tested for it as soon as possible. Through science and all of these great doctors, they’ll come up with ways to heal people.”