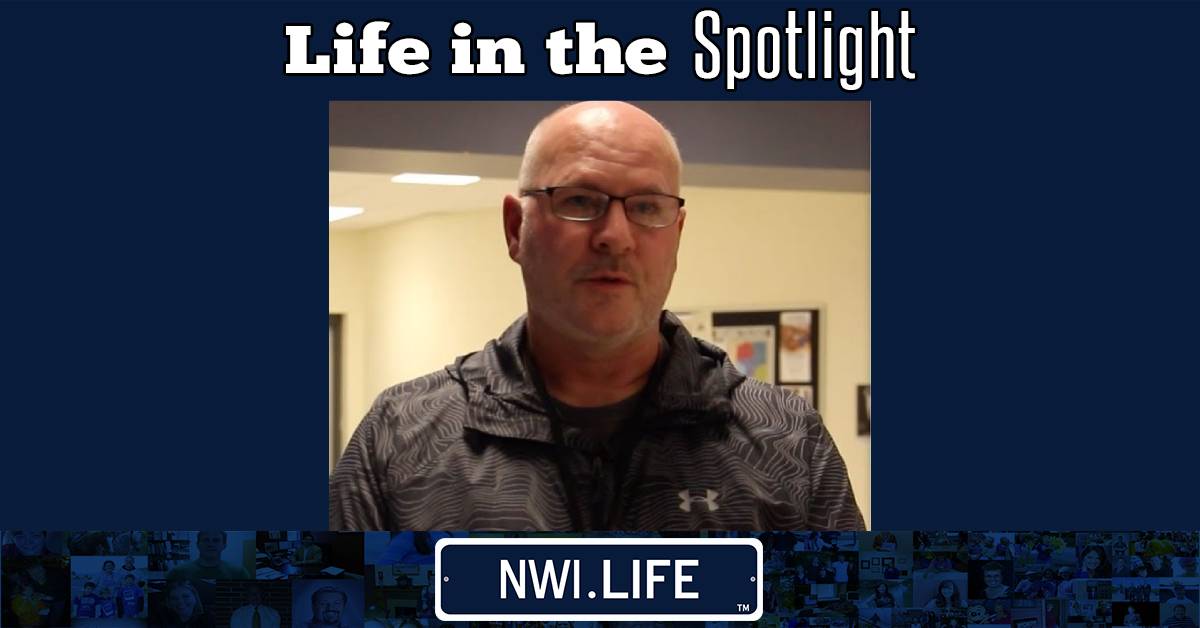 This confidence-building approach is what drives Thomas Halterman, Strength and Conditioning Coach and Sports Conditioning teacher at Lake Central High School, to mold his students and athletes into the best versions of themselves. A Nebraska native and current Dyer resident, Halterman initially got interested in exercise science while working towards his undergraduate degree at the University of Nebraska.

“I worked as a volunteer strength coach with some of the sports teams while I was there,” Halterman said. “I then completed my masters program in exercise physiology at the University of Nebraska-Omaha.”

It was during his time at the University of Nebraska when Halterman met Dick Peterson, current Director of the Fitness Center at East Chicago Central High School, who would become a strong influence in his life.

“Dick Peterson is someone that has helped me tremendously in this profession,” Halterman said. “I had assisted him with some of the strength training programs while we were both at Nebraska, and later he brought me in to assist him at East Chicago. He is a strong Christian with outstanding character and is also my son's godfather.”

Halterman would go on to teach and coach at East Chicago Central for 21 years before making the move to Lake Central, learning a myriad of lessons in his craft along the way.

“Early on I felt that the kids (students and athletes) needed me to be there to look after them. After a while I realized that I probably needed that connection as well,” Halterman said. “I have had the pleasure of teaching some great kids at both schools. I like being a part of helping to make a student, athlete or program better.”

Halterman encourages others in the exercise science field to have a philosophy that they believe in, but also continue to seek new approaches. Recently Halterman has found inspiration in the words of Leadership Coach, Jeremy Boone, and Director of Performance for the NFL Players Association, Mark Verstegen, whose quotes read ‘Privilege is invisible to those who have it’ and ‘One team, one society’ respectively.

“Reach out and learn from other coaches in the field and be open to other ways of doing things, even if you haven’t considered them yourself,” Halterman said. “Have a solid foundation for your own approach, but never stop learning the craft.”

As a member of the National High School Strength Coaches Association (NHSSCA) Halterman takes his own message to heart in embracing the organization's motto: Educate, Equip and Empower coaches to make a positive impact in the lives of student athletes.

“We need to elevate others, and I’m always trying my best to do that for my students and athletes,” Halterman said. “My biggest goal is to be passionate about making the kids better, not just as an athlete but as a person.”