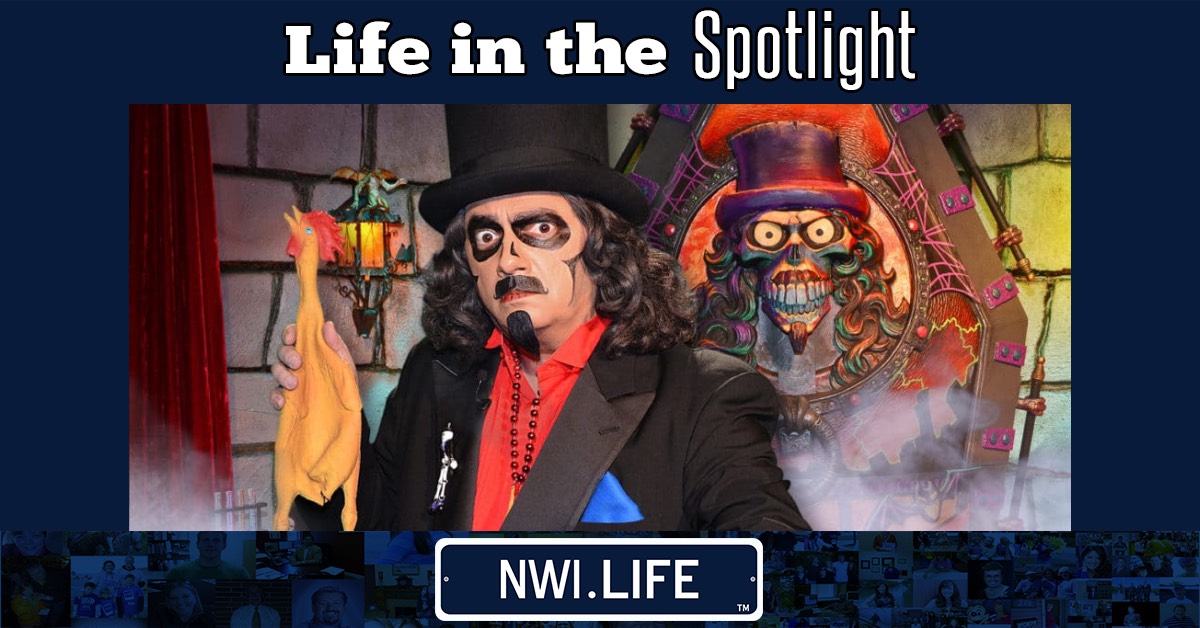 For nearly 40 years, Rich Koz has been delighting fans as favorite horror and hilarity host, Svengoolie. The local icon has entertained generations and provided laughter alongside some excellent horror classics. The role of Svengoolie may not have always belonged to Koz, but with the original ghoul’s blessing, Koz has taken the role to new and unimaginable heights, including it’s new spot on MeTV.

What began as writing jokes for the original Svengoolie, Jerry G. Bishop, morphed into the opportunity of a lifetime in the 1970s. Starting out as Son of Svengoolie, the part was a clear fit for Koz.

“I’d always been a performer and comedian, and this was the outlet for performing comedy,” Koz said. “It’s kind of a lot of the basis of my own personality, but I get to be a little more of a smart-alec and get to do things I wouldn’t normally do as myself. A big part of it is making people laugh. The venue is odd for laughter with horror movies and we find a way to do it.”

On screen, Koz is a dynamic, entertaining host. But he’s also responsible for much of the process behind the scenes. From writing the jokes and combing through films to helping in post-production, he’s involved from start to finish.

“It’s work, but it's a lot of fun and I get to work with a lot of great people,” Koz said. “The main staff is myself, the director, and one of the main editors, and then we have an audio guy who plays the wacky sound effects. I think one of the reasons why we work so efficiently is because we're a small, compact group.”

Being a part of a smaller team doesn’t stop Svengoolie from getting out and making appearances. Coming up, he’ll be making his annual stop at Chicago Street Theatre in Valparaiso during their run of Evil Dead: The Musical.

“It’s always a lot of fun because I love seeing the stage and the actors there and whatever they’re pulling off each year,” Koz said. “The people who just show up, they’re so nice, a lot of them show up in costume. I get to visit with these people who are the reason I’m still doing it.”

For Koz, Svengoolie is very much a part of who he is. His roles with the show and as the character intersect with his life outside of work and highlight his interests in music, movies, reading, drawing, and acting.

Over the years, Svengoolie has delighted many families with his humor. From educating fans on the actors in the films to creating skits that play off the film’s content, he’s found a way to mix horror and comedy in a fascinating way. For Koz, it’s all about making people laugh.

“It’s pretty overwhelming. People will actually thank me for doing the show and for the laughs, which is really nice,” Koz said. “And something that I always tell people that I hear is, ‘I used to watch you when I was a kid and now I watch you with my kid.’ There aren’t too many shows that families get together and watch, so to be one of them, that’s a big compliment to me.”

You can catch Svengoolie on MeTV every Saturday at 7pm Central, or visit his website here to learn more!