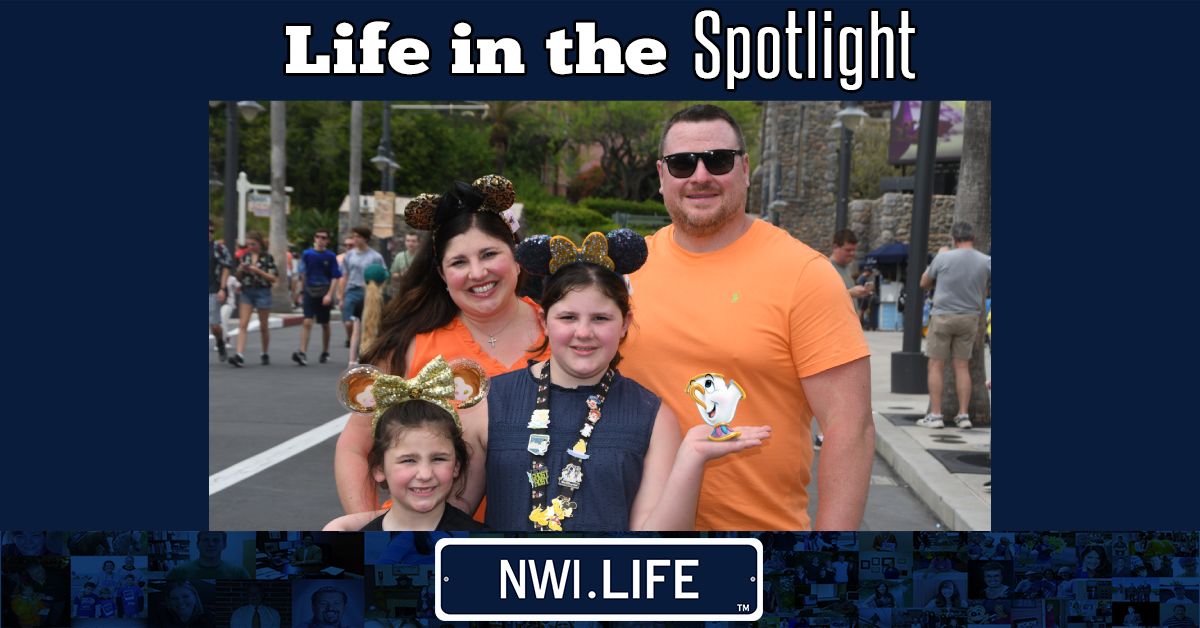 Stefanie Osika is the reading interventionist teacher at Veterans Elementary School in Hobart. She began teaching in 2004, and has been inspiring students and making a difference ever since.

“I started teaching in 2004, and this is my 18th year. I started at Liberty Elementary in Hobart, and then I went to the Early Learning Center in Hobart and now I am at Veterans Elementary School,” Osika said.

Osika attended Purdue North Central for her undergrad and got her master's degree through Indiana Wesleyan University. Her journey of becoming a teacher truly began when she was growing up and saw her father make an impact on the students he taught and coached.

“My dad was a teacher for the school system of Hobart for 48 years," she said. "He taught PE, health, woodshop, and quite a few different things. Seeing my dad growing up and seeing how he made an impact on kids was so inspiring to me. He made such a huge impact on my life. He is my role model. That's what led me to become a teacher.”

Her father was also her husband’s coach for both football and track while her husband’s mother was her English teacher and mentor during school. After getting married, and both ending up working within the Hobart school system, they realized how full circle their lives have become.

“My husband played professional football for a while and came back home to Hobart and had several different jobs and then wanted to go back into teaching as well,” Osika said. “We sold the house that we had in Valpo, moved in with his parents for a while, and then my husband went back to become a teacher as well. Now, we have my husband as the principal of a high school in Hobart and I am at Veterans Elementary in Hobart.”

Osika stresses the importance of students having a supportive person in their corner. Having a teacher that is willing to help, impact, and root for a student can create and maintain the positivity and stability some students need in their lives.

When Osika was teaching kindergarten, she attended the National Kindergarten Convention in Las Vegas, which inspired her to write two grants to improve the learning environment for her students. The first grant she wrote was for incorporating music into the classroom.

“There's a teacher and her name was Heidi Butkus, She wrote songs called 'Heidi Songs.' Jill Cruz and I wrote a grant at that time to get all of her songs because we felt like music helps the brain. We can remember so many song lyrics that can lead to kids memorizing other things. I got to incorporate a lot of music into my teaching,” Osika said. “I love to sing, it's one of my passions. I also feel like when students can see what the teacher is passionate about, that leads to them being passionate about things, too. My love for music in the classroom was important to me. The students didn't even realize they were learning, but they're also memorizing facts, their sight words while having fun and learning.”

Being able to incorporate her own passions into her classroom has created extremely positive outcomes for herself and her students. The convention also taught her that educators should be always growing and learning new things, and this inspired her to write a grant for having flexible seating options in her classroom.

“As educators, we should always be learning, growing our craft, and learning new things. Even right now, I'm a reading teacher, and the science of reading has come out and there are new things where you learn things and you change, and things change the way that you learn,” Osika said, “We're always learning every day, and that was something that came to us about flexible seating, where you give students choice on where they want to sit.”

Osika wrote and received both of these grants while she was teaching kindergarten. She is currently working as an interventionist at Veterans Elementary School, where she is able to live her dream of being able to leave an impact on and help the students that may need it most.

“I help kids who are struggling with reading, writing, and math from first grade to fifth grade. It's always been a dream of mine to be able to do that because there were different teachers who I really looked up to who were reading specialists or reading teachers. I thought I always wanted to do that someday for kids,” Osika said. “That also goes back to my dad, because my dad struggled. He always felt like reading was hard for him, and he had a teacher who changed his life and turned it around. I think maybe because of his story, too, that hit home to me, and I always wanted to be that teacher who could help support kids with what they were struggling with.”

Osika’s father passed away very suddenly earlier this year from cancer. It was his 50th year coaching for the Hobart School System, and his 48th year teaching. After hearing the news, the community of Hobart came together to share their love for him and support Osika’s family during a time of such tragedy.

“It's really special for me to work in the school system of Hobart because that's where my dad worked his whole career. This year when he passed away I thought, 'what a community this is because how many people were incredible and coming forward and sharing their love for my dad and for our family.' And honestly, I couldn't have gotten through the tragedy that we got through this year without this community. So it's really a special one," she said.

“When I think of Hobart, I think of the word family. My husband is the head coach for the football team and he even has on all of the shirts that are made for football say, ‘#family.' It's so true. So many people who I know who have moved into this community, they just can't believe it. Everyone says that like you can feel it. Hobart is a family and it is a community,” Osika said.