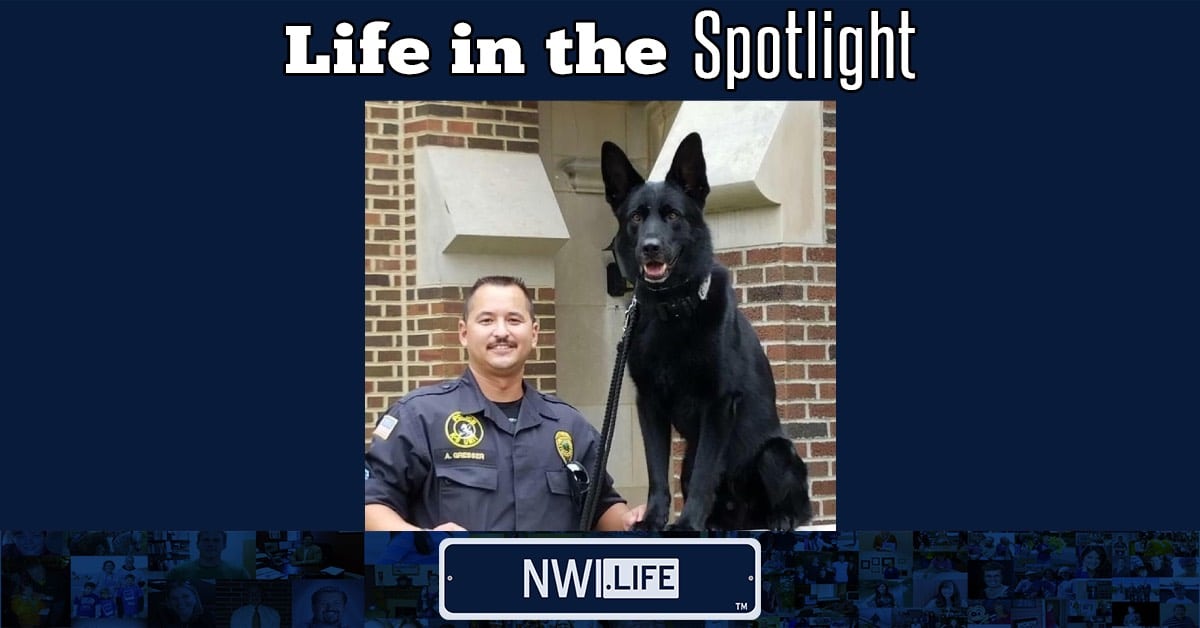 “I think any young boy at one point in their life kind of looked at being a policeman or fireman,” said Lieutenant and Patrol Commander Simon Gresser of the Hobart Police Department. “I always liked the image and just seeing them in their cars and uniforms and stuff like that. I was brought up around some people who were policemen. I kind of respected them and was brought up to respect that.”

Once Gresser had completed his time in the military, he joined the National Guard. He then went on to become a reserve police officer and worked his way up to where he is today.

“I got into K9 right away. I’ve always had a dog in my life. I was raised with dogs and different breeds,” he said.

During his time as a reserve officer, Gresser worked with a K9 handler.

“I just thought it was the neatest thing seeing that dog excited no matter what was going on. People may have a personal agenda where a dog just does what he’s trained to do,” Gresser said.

When the K9 handler decided it was time to hang the leash up, Gresser took his place.

He started with a dog named Maggie and then moved on to a dog named Rommel. He and Rommel became successful and well-known.

“We started winning some titles,” Gresser said. “I started competing in some drug-sniffing competitions. The dog had a great nose and we started winning. We became national-level recognized.”

Around that time, Gresser worked with the American Police Canine Association to become a master trainer. Gresser works with training groups from different agencies every Wednesday. He sees anywhere from seven to 14 officers weekly and teaches them how to work with K9s.

The Hobart Police K9 force has three German Shepherds, one Dutch Shepherd, two Malinois, and one Labrador. One of those dogs, a black German Shepherd named Scout, is Gresser’s current K9 companion.

Gresser retrieved Scout from Germany where the pair trained before heading to Miami to continue training. They worked at Hobart High School from 2014-2016.

“We would sniff lockers and sniff cars,” Gresser said. “We were trying to keep drugs out of the school setting.”

Gresser notes that he was fortunate enough to work at the high school while his son attended.

“I got to spend time with him. A lot of times our jobs pull us away from family, but it was nice that I was able to see him come into the high school where I was at and spend a couple years with him there.”

Now that Scout is 9 years-old, the duo spends more time at the office.

“Scout has kind of moved into the office setting. He has been nicknamed a therapy dog,” Gresser joked.

When Gresser and Scout do go out they are more selective in the assignments they choose. Gresser plans to adopt Scout likely within the year when the K9 retires.

Gresser thanks his family, fellow officers, and Scout for his successes on the police force.

“It’s been a great road,” he said. “If it wasn’t for the dog, I wouldn’t be in the position that I am because the dog put me here.”