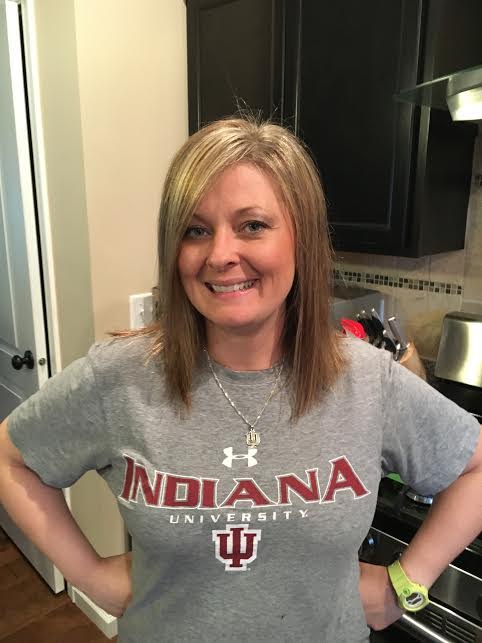 When I was a little girl, I had high career aspirations. I wanted to be a fashion designer, ice skater and mechanic. That changed as I got older, and eventually I settled for just going to college to do something that I loved. When I applied to college, I proudly checked Journalism and sent in my application. I know this is what I will be doing for the rest of my life until my eyes and hands betray me, but for some, knowing what you want to do beyond high school is only half of the battle. Shelley Tinnel was 17 when she first enrolled into Indiana University Northwest as a criminal justice major, being homeless was the other half of Tinnel’s battle.

“Since I was a little girl it was always a goal of mine to get a college degree. I mean, I don’t know where it got put into my head at a young age or who enforced that with me, but that was just always one of my top priorities. I felt like that was something I just had to accomplish,” Tinnel said.

From the beginning, Tinnel was not a traditional student. Tinnel, a mom, student and an RN Fellow at St. Mary’s, is currently enrolled at IUN finishing her last semester in the Nursing program.

“It’s like surreal. I think about it quite a bit actually. I feel like I’ve been trying to accomplish this for such a long time, that I can’t believe it’s actually happening. I probably won’t know what to do with myself after graduation because I’m so used to having the kids and work and school and to not have that whole school thing is probably going to feel extremely weird. I feel a huge sense of pride and accomplishment too,” Tinnel said.

Tinnel has been pursuing her degree for almost 20 years.

“I think a part of me when I started this years ago, I didn’t know if I was smart enough. I kinda lacked some of the confidence, [I would question,] “Can I really do it?” The nursing program challenges you for sure and I still put in the work and the effort and I made it. You just feel a huge sense of accomplishment. I feel very accomplished by it,” Tinnel said.

Before anything else, Tinnel is a mom.

“I think that that’s the biggest component, is trying to manage everything is just to really make sure you are working ahead as much as you can. So that if something does come up with the kids and you have to be there for them, it’s a priority. Then you’re able to make that adjustment, you’re not sitting there stressing out about an assignment,” Tinnel said.

As a parent, Tinnel sees both the positive and negative influence of her past.

“I think that there’s pros and cons that kind of come with it from being a parent and then having those types of experiences, but I think overall, my kids are definitely geared and their goal orientated and their hard workers,” Tinnel said.

Becoming homeless is something someone should never have to face, but it allowed Tinnel to reflect on choices and where they can lead you in life.

“I raised them with always telling them, ‘You have choices in life and you can choose to do something positive, or you can choose to do something negative.’ Realistically, if you look at the statistics, I should have been on drugs, strung out. There’s just so many different choices that I could’ve made for myself and had a completely different life and I just chose to try to make better choices to better myself. I think that that’s one thing that I’ve really instilled in my kids,” Tinnel said.

As for her past, Tinnel has allowed the situation to be a part of her, but she does not let it define her.

“I’m not ashamed of anything that has happened to me or what I’ve lived through because it’s all made me who I am today and at the end of the day, I’m very happy with the type of person that I am. I believe in karma, I believe in doing good things, I believe in paying it forward,” Tinnel said.

“The whole entire experience has given me a huge soft spot with kids, as far as kids that maybe don’t have the best home lives and that they’re having similar struggles and things like that too. I think that my whole experience has instilled that into me, to where I see a different perspective of homelessness and people that need help.”

Tinnel’s adversity and dedication to her education had led her to be an inspiration to not only her children, but those who are in a similar situation.