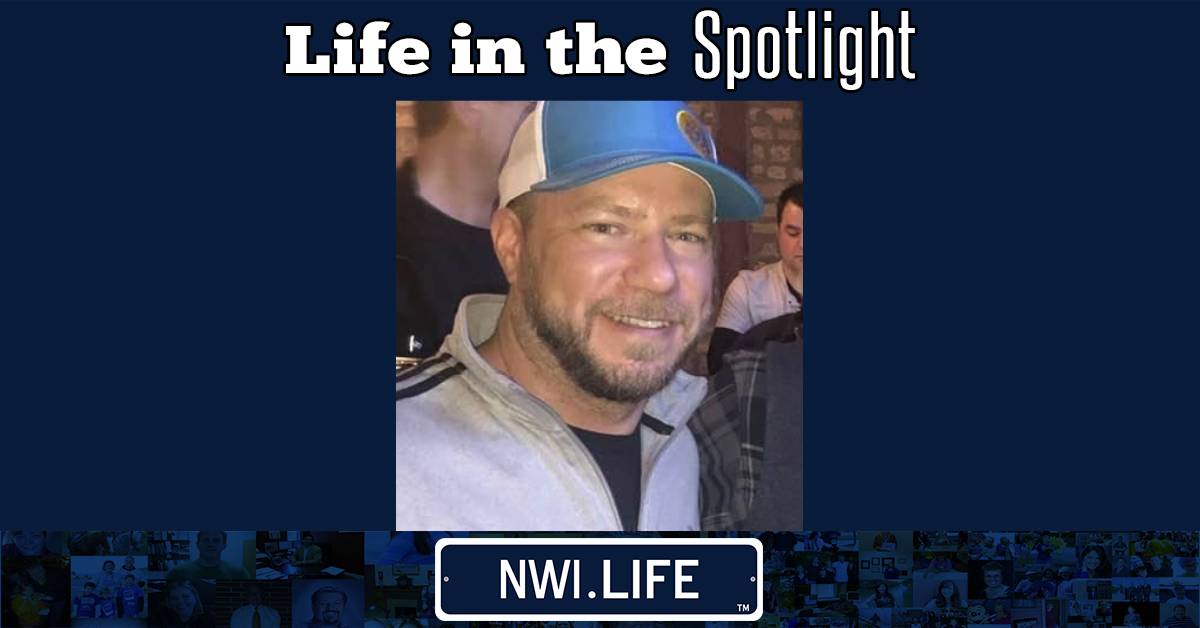 Shane Evans has been the owner of the Hobart Art Theater and the Brick House Bar and Grill in Hobart since 2019. It has morphed from a small movie theater to a venue that hosts comedic, musical acts, and everything in between.

Anyone familiar with the downtown area will recognize the theater’s bright orange doors and the signs with thick black lettering announcing upcoming acts and events. Built in the early 1940s, the theater has grown and changed with the town of Hobart.

A Brickie himself, Evans has also changed along with Hobart. As a young man, he and his friends would watch movies at the theater. But that was not what led him to own it.

Evans picked up drums in middle and high school and as bands like Nirvana and Pearl Jam came to prominence, so did Evans’ desire to play.

“All through the mid to late 90s and the 2000s, I was playing in bands, traveling with my band, and touring with some larger bands. It got to the point where my wife and I had a child, and I wanted to be closer to home,” Evans said. “It takes a lot out of you. It’s rough going out every Friday and Saturday and playing, loading your gear. It’s kind of taxing, and it got to the point where I wasn’t enjoying that part of it anymore.”

Many upgrades needed to be done, but the one that allowed big bands to perform was moving the old movie screen, allowing for space behind it to become part of the stage. This change allows for bands such as Jackyl, Echoes of Pompeii, Buckcherry, and L.A. Guns to play the venue, all of which will be doing so in the upcoming months.

Evans does still play the drums, but he says that nowadays, he gets his fill of music from working with the bands that play at the theater.

During his time off, Evans spends his time with his wife and son. Together, they travel to his son’s soccer games, which Evans coaches.

“Any free time I have goes right into my family - soccer, spending time together with close family,” Evans said.

His son plays on three teams. While Evans only coaches one of them, between that and his businesses, his time is quickly filled.

Evans is grateful to have soccer as space where he and his family can bond and spend time together. While the theater is a huge part of his life, his wife and son are his true passions.