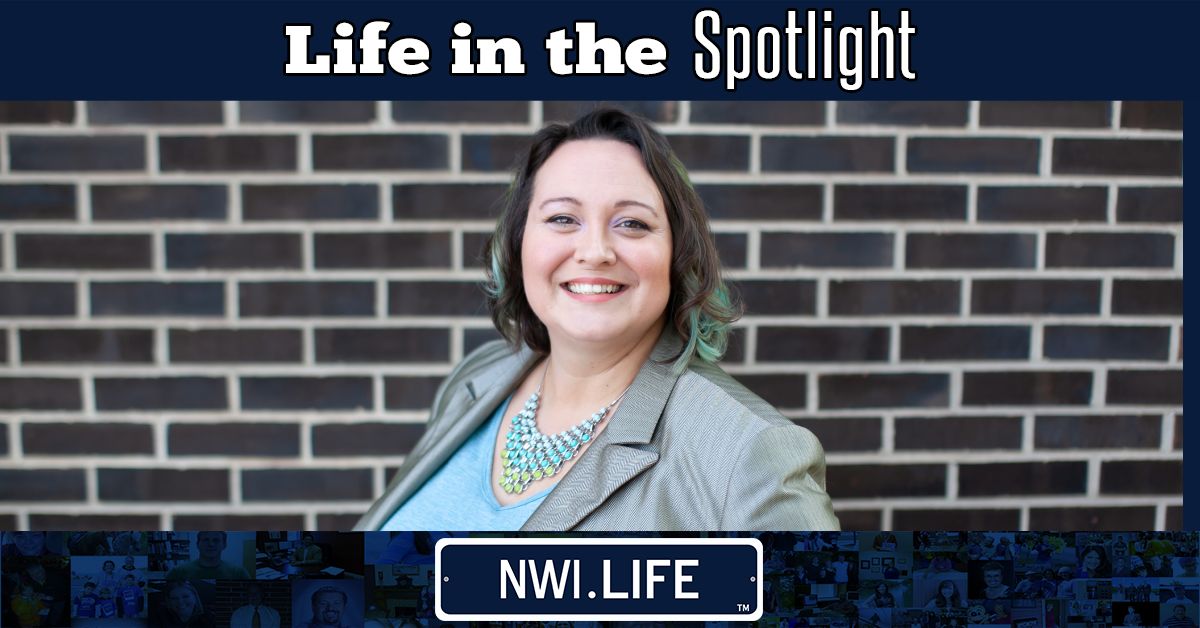 Shana Robertson, the newly appointed Community Relations Director for Fair Haven Rape Crisis Center, grew up in Northwest Indiana and graduated from Purdue Northwest University in 2007. Robertson wanted to become a therapist when she graduated, but she found a new passion once she began her work in education and prevention.

“Once I was hired in the prevention department, I realized that is the solution. If we can stop violence before it even begins, if we can change the belief system of the community, starting with kids, then that can make all of the difference,” Robertson said.

Robertson shares that she aligns with the empowerment model that Fair Haven practices, and credits co-founder Kelly Vates as inspiration throughout her career. She notes that having a survivor leader in their field is an important part of what they do.

“I love what I do because it’s empowering. I think it is important to give people the tools that they need and let them know that they have a voice and have options,” Robertson said.

Robertson had the opportunity to develop the education program for Fair Haven in 2017. Through a partnership with local schools and local officials, she introduced sexual abuse prevention education to 35,000 students over the course of one year. She has since seen the program grow and is proud of the prevention work done at Fair Haven.

“There is a lot of work to be done, but we’ve been able to develop relationships since then and we still go into a lot of the same schools. The program grows with the kids as they get older,” Robertson said.

In 2019, Robertson was awarded an Outstanding Service Award by the Indiana Coalition to End Sexual Assault for her work in prevention. In her new role at Fair Haven, Robertson’s focus is on fundraising and building a capital campaign. She is looking to purchase a location that they can use for transitional housing for victims of human trafficking and help them find their place again. She also focuses on staff culture and team building.

“There is a lot of hard work that is done here and burnout is a high probability with advocacy work. So staff culture is a big deal to me and I want to make sure that everyone has a chance to decompress a little bit,” Robertson said.

As a lifelong member of the Northwest Indiana community, Robertson is heavily involved in the area. She currently lives in Hobart and is an active member of the Hobart/Portage location of Bethel Church where she has been a Sunday school teacher for the last six years.

Robertson has also been a Girl Scout Troop Leader in the area for eight years. She was inspired to start a troop when her son was a Cub Scout and her young daughter was tagging along for all of their events. After talking to some of the other moms who had daughters the same age, she decided to start a troop.

“One of the reasons why I wanted to be a troop leader was because I wanted to expand on the possibilities of what girls can do,” Robertson said.

Robertson loves her community and encourages her troop to get involved and know who the community leaders are. She has spent the last eight years providing valuable experiences and life lessons to her now cadet troop and will always be willing to find a way to help the girls meet their goals.

In her free time, Robertson loves yoga and spending time with her family. She is thankful to have had so many inspirations in her life but credits God with helping her through the hard things she has encountered throughout life.