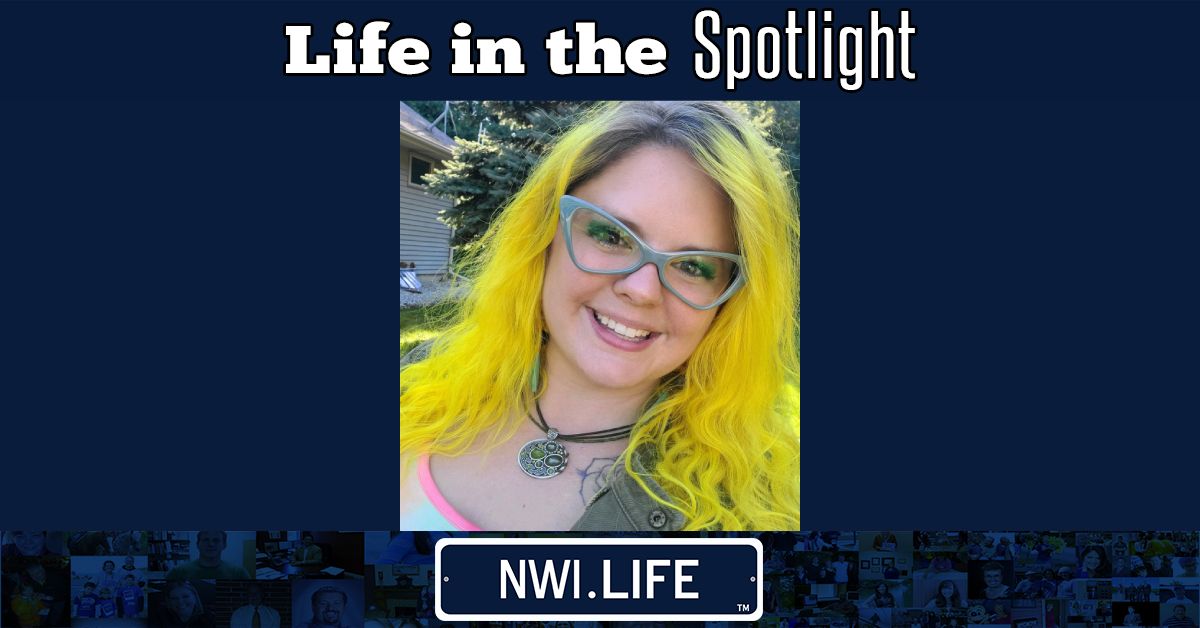 Not everybody knows what they want to do early on in their lives. After years of working hard, you may discover passions and goals you never dreamed of. Sarah Ling could have easily backed away from her passions and stuck with what she knew, but instead, she gave them her all, and for that she is truly inspiring.

Ling has lived in Chesterton her entire life. She went to Chesterton High School, and, after graduating, earned her associate's degree in applied sciences from Ivy Tech Community College. Without a second thought, she went on to become a phlebotomist.

After 10 years of working in the medical field, however, Ling began to feel like something was missing. She loved her co-workers and she enjoyed working with the community, but she wanted to pursue something new.

“I was just getting burned out in the medical field. I’ve always gone on hikes and wanted to be in the environment as much as I could be, and I've always enjoyed proactively helping and doing things like picking up garbage and doing what I can. Over the years, my passion for the environment and conservation grew from there,” said Ling.

After realizing that she needed to make a change, Ling did some research and decided that going back to school was the best thing to do. Of course, it wasn’t easy – for a while she worked two jobs as well as went to school full-time, but in the end it all paid off. She earned her bachelor's degree in environmental sciences from American Public University, and she’s now an Air Compliance Environmental Manager at the Indiana Department of Environmental Management.

Ling couldn’t be happier with her decision to change careers. She knows how intimidating it can be to try something new, but she encourages everyone to pursue their dreams.

“Do it. Don't hesitate. If you feel like you should do something, you should definitely go for it. I know it sounds very cliché because everybody says it, but it's definitely true. Changing careers was my best decision,” said Ling.

Not only has Ling found her dream job, but she also works part-time at the Duneland Distillery. She fell in love with Duneland Distillery and Vern Brown, the owner, after her parents became investors. Once she saw Brown’s passion for brewing liquor and helping the community, she couldn’t help but want to work there. Ling currently runs the tastings, and she loves the way her job allows her to have an impact on the community and watch people connect.

“I love giving people an experience and a good time and a good laugh while I do the tasting. Giving people a chance to experience a locally distilled place is awesome. It's actually really cool to see the amount of out of towners that we get here at the distillery. It’s nice to just interact with people; it's almost like networking without truly networking, just getting to know people and hearing their stories and their history,” said Ling.

If she could motivate anyone to do anything, Ling would encourage everyone not to take the beautiful environment of Northwest Indiana for granted.

“National parks like the Dunes are one of the biggest reasons why I like being around here. This area has more ecosystems in one general location than most places in the country. It's crazy to see how they all work together and how we can go to all these different places. The Dunes is actually one of the largest areas for bird migration. We have hundreds and hundreds of species that come through this area – it’s incredible,” said Ling.

There are so many people that Ling is grateful for, but she’s especially thankful for her husband, and his constant support of her and her goals.

“My husband pushed me to go into the environmental field. He always knew that that's what I really wanted to do, so he was a big contributor in encouraging me to take that final step into going back to school. I was hesitant, but he really pushed me to just go do it. He’s been such a huge supporter,” said Ling.

In her free time, you can catch Ling hiking, laying out in her hammock reading a good book, or carrying around a pair of rubber gloves to pick up any trash she stumbles upon. Even though she’s a proud introvert, her commitment to the environment and the community she serves goes to show how impactful one person can be in their own way.