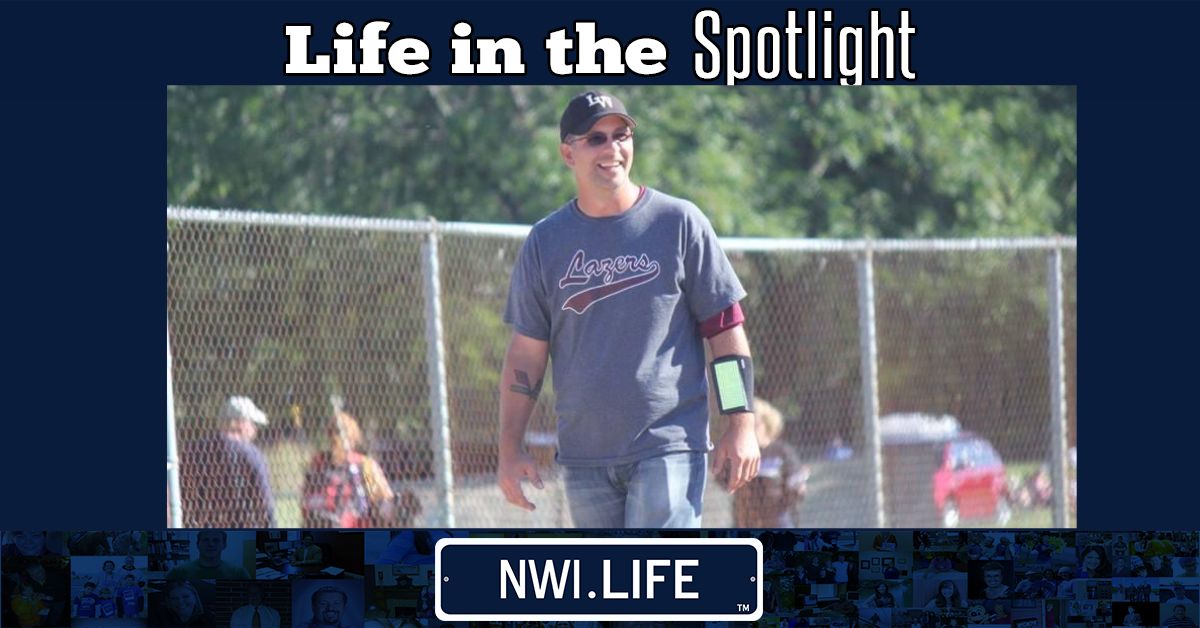 Passions lead people in all kinds of different directions, even ones you never see coming. Famous child actors will go to college to pursue medicine. People fall in love and move halfway around the world. For Robert Klemz, passion for his daughter and softball led him away from his dream of being a musician to something he’d never thought he’d do: coaching.

Klemz has lived in La Crosse, Indiana for most of his life. He grew up with a deep appreciation of art and quickly fell in love with music and drumming. He joined his first band when he was only 14, and by the age of 16, he was traveling all over and playing at big clubs in Chicago. He got to hang out and party with all kinds of neat bands like Filter and Sponge—he was even in magazines.

Then in 1999 when Klemz had his daughter, things began to change. He didn’t have time for his music the way that he did before having a family.

“I was accustomed to doing rehearsal three nights a week and being gone pretty much every weekend. It was a hard lifestyle to maintain,” said Klemz.

Wanting to do what was best for his family, he gave up his music career. As his daughter got older though and started getting into softball, it didn’t take him long to find his next passion.

“I took the mindset and the thought process and stuff that I put into writing music, and I just took that and diverted it towards softball,” said Klemz.

He started watching lots of softball games and analyzed different pitching styles. He researched and studied and met will all kinds of pitching coaches across the country, and used what he learned to work with his daughter and help her become the best softball player she could be. By the time his daughter graduated high school, she had over 10 college offers to play softball, and people noticed. Everyone wanted Klemz to work with their daughters the way he had with his own.

Klemz was hesitant at first, but he slowly started working with a couple of girls one-on-one. He started out small, practicing with the girls just on the side of his house. However, it didn’t take long for his training to grow.

“It just kept growing so then I decided to get a place. I rented a place for a while here in La Crosse to work out of. Then it continued to get bigger and bigger. So, I actually built a new training facility here,” said Klemz.

Now Klemz does softball training full-time, and he couldn’t be happier with where he’s ended up. His training has even gotten so big that he was invited to become a part of the national program Powerhouse Mechanics. He loves meeting so many new faces and getting to work with people from all over the country through the program. However, his favorite part of training is still working with the girls and watching them improve.

“I think the coolest thing for me is when we're working on something, you can see when it clicks for a kid, you know? And they're like, ‘Oh, I got it!’ Just the looks on their face and seeing the excitement,” said Klemz.

The dedication he sees in these young girls is incredible, and he hopes to see them carry the values they’ve learned playing softball throughout the rest of their lives.

“For girls right now, it's about softball, but from experience going through the entire process with my daughter, in the grand scheme of things, it's not. It's not about softball, it's about where you're going to be in life. What kind of a person are you gonna be, what's your work ethic like, are you a team player?” Said Klemz.

Klemz is incredibly grateful for his daughter opening up this path in his life. Without her, he never would have gotten into softball the way that he did.

“There was never a period in my life where I thought, ‘hey, I'm gonna be a softball coach.’ Just going through that journey with her, I think I found in the end that I ended up loving softball more than she did,” said Klemz.

Klemz’s life is a testament to the fact that life is full of unexpected twists and turns, and sometimes those turns end up with you being somewhere greater than you ever were before.

To learn more about Robert Klemz and the work he does to empower young, female athletes, visit his Facebook page.