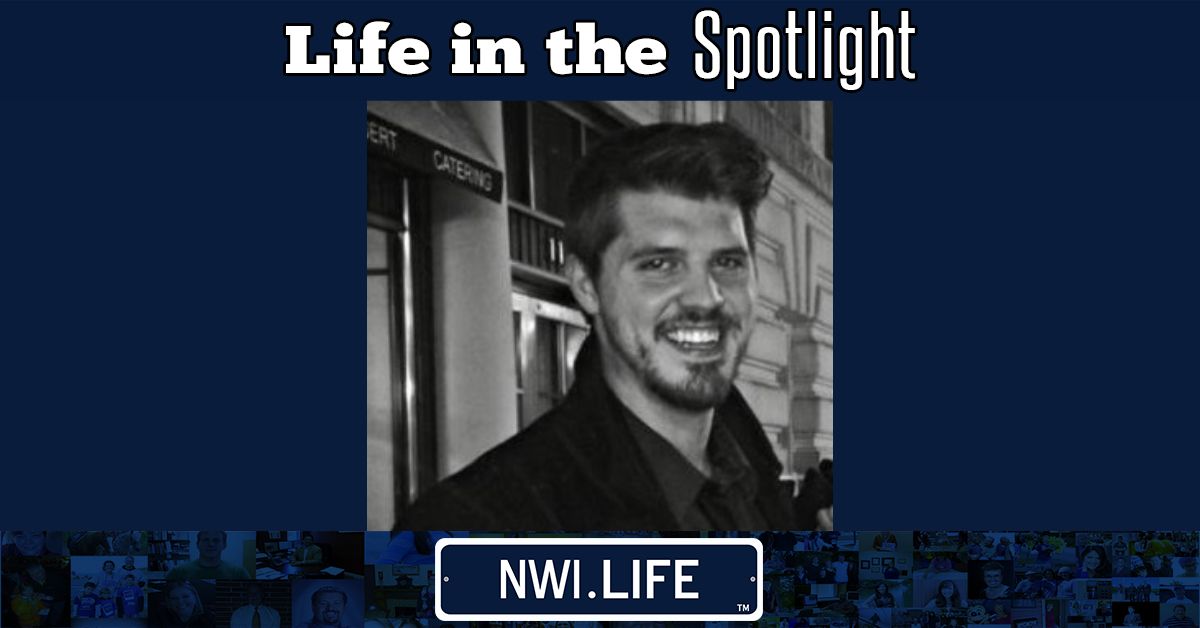 For Nathaniel T. Jones, choral and handbell director at Lake Central High School, teaching music was never a question. Jones has had a lifelong fascination with music thanks to his mother. As an elementary school music teacher for the School City of Hammond, she would often let Jones sit in on her classes whenever his own academic schedule would allow it.

“It was very common that I would come with her to school,” Jones said. “From a young age, I was participating with the students in her classroom, and eventually I transitioned to helping her and teaching kids alongside her. She lived and breathed music and always had a joy for it. That was quite contagious.”

Jones continued to stay involved in music as he progressed through his academic career. He joined Lake Central’s band in middle school as a trumpet player amidst a schedule of sports. He stayed with the band until his second semester of freshman year when he began to feel that he needed a change. Jones joined Lake Central’s choir under the direction of Sandra Hobbs and fell in love with it.

“I just felt like I wanted to change from band. Choir was the logical move, and it turned out to be a perfect fit,” he said. “I really enjoy music in general, but especially singing. Something about the instrument being part of your body and internal fills a deeper connection.”

Jones became increasingly involved after joining the choir and took on more responsibility. He would assist in leading sectional practices and rehearsals whenever Hobbs wasn’t available.

“Mrs. Hobbs joked that I was going to wait for her to retire and take her job,” Jones said. “It was always a comment through high school and this weird joke and pipe dream.”

After high school, Jones attended Valparaiso University studying music. He, like most college students, did a bit of soul searching before coming to the conclusion that he truly did want to direct choir and teach children the love for music that he held dear. Jones worked a few jobs post-graduation as a substitute teacher for Hammond before eventually becoming the Choir Director at George Rogers Clark High School. After a year in this position, he made his move to Lake Central High School.

“I ran into Mrs. Hobbs at a local ISSMA competition, and she told me that she was planning on putting in her retirement and that I should put in an application,” Jones said.

Since being hired in August of 2016, Jones has been working to teach his students music in a way that leaves them with the same passion he feels for it, through a combination of music theory and the arrangement of student-picked pieces.

“I don't just want their music to be a lyric sheet,” Jones said. “I want to help them be able to use the music to its full potential and know what all the lines and dots mean, rhythms, and whatnot. I also frequently arrange pieces that I have to put through the whole copyright and publishing gambit. A lot of times, the kids want to do songs that haven't already been arranged for choir or handbells, songs that they really feel passionate about and desperately want to do.”

Jones believes all the effort on his part is worth it when it helps his students to grow as musicians and people.

“High school can be discouraging. A lot of times, I get individuals who, when first faced with the music or the task in front of them, feel very defeated,” he said. “Almost always, the student is able to perform even when just two months before they were confident was out of their ability range. I think that is really the best part from my perspective, being able to see a student do something that they were certain they could not do.”

Jones sees choir as an ensemble activity that requires trust, cooperation, and a feeling of safety between everyone involved. He helps students push beyond what they believe their limits to be while keeping the program accessible. When it all comes together, it becomes something magical.

“We've had a lot of performances that have really been those unique moments of music and taking it to the next level,” said Jones. “You just float above time and space, and I think that's really why I do what I do. I see the students and the joy and home that they find in it, and I think that's worth doing.”

Jones hopes that the time he dedicates to his students builds their confidence and self-esteem. He also hopes that the love of his works shines through to everyone he meets.

“My hope is that the students, and their parents by extension, see how much I love what I do, love the students that I work with. It's rare that people truly enjoy their job. I know there are not many people who get to say that, but I genuinely don't feel like I work that much despite hours and hours of rehearsal preparation time that I put in.”