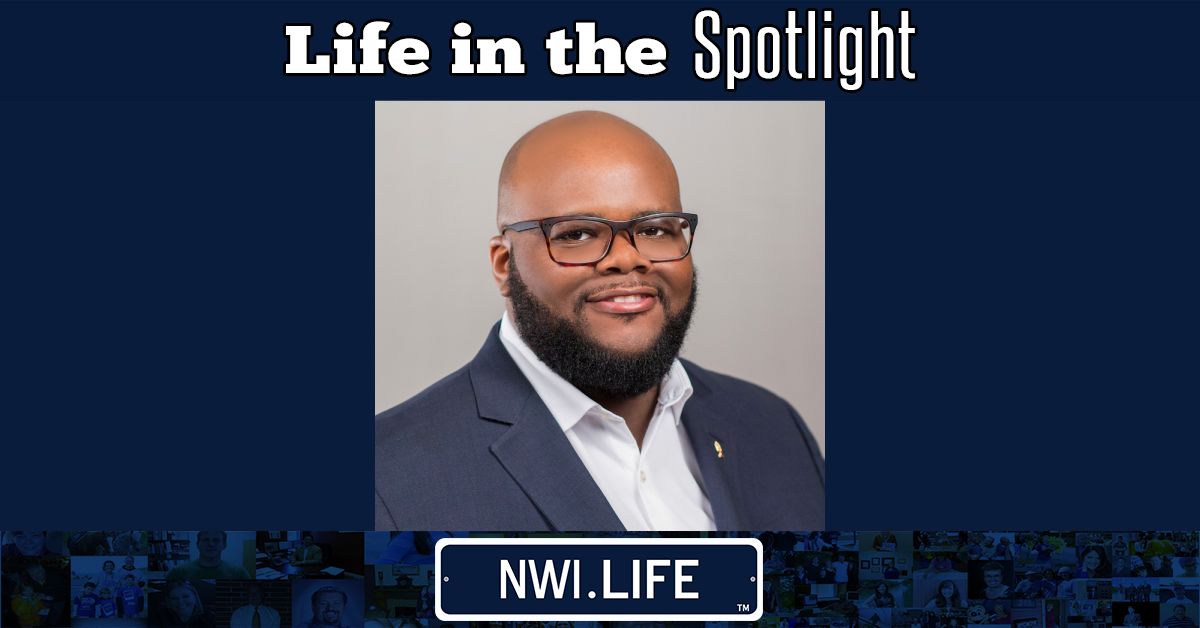 For Nathan L. Nicholson, art has been a passion for as long as he can remember. Nicholson is a digital specialist for the Evangelical Covenant Church and a multidisciplinary artist. He resides in Gary, Ind. with his wife of almost 10 years and two children.

Nicholson was born in Chicago, Ill. and moved to Gary, Ind. in 1994 when he was four years old. Nicholson started doing graphic design in middle school and continued throughout his high school career.

“I went to the Gary Area Career Center in high school,” Nicholson said. “My brother used to teach there as the paraprofessional for graphic design. I took a liking to it, saw that I was gifted in it, and that spanned over to me creating a lot of digital art over the years.”

Nicholson would then go off to attend Vincennes University for college and would participate in art shows.

“I won a few juried art shows in 2010,” Nicholson said. “I won first place in graphic design and second place in Best in Show.”

Although he was influenced greatly by his brothers, one of Nicholson’s other main influences was his mother.

“My mom was an artist and a seamstress; she used to carry around a sketchbook,” Nicholson said. “Nowadays, my inspiration is everyday people; that was the inspiration for the two series that I'm doing now.”

Nicholson expands more on the current projects he is working on.

“The paper portrait series, which is one that I've made more so for art galleries and museums, and the unseen portraits series is the one that's really become robust now,” Nicholson said. “The theme behind that is, a lot of people make African Americans out to be a monolith. This shows the gamut of emotion we have, the gamut of color that we have; the skin tones are brought down and underexposed in many cases. It just shows the beauty and the boldness of African Americans.”

When Nicholson is not working, he enjoys playing the bass guitar and describes himself as a movie buff.

“I used to play bass for the Jazz Ensemble in Vincennes, and I also played at church,” Nicholson said.

Nicholson is still in school to earn his undergraduate degree in Fine Arts, graphic design, and computer information systems at Indiana University Northwest (IUN). He also owns his own LLC called “Numa Art” which he’s had since the beginning of 2022.

“‘Numa’ is a play on words,” Nicholson said. “Numa is the Greek word for breath, like the breath of God, new breath, new inspiration.”

Nicholson explains how he hopes his art makes an impact on his community.

“My art helps to bring people together and helps to uplift people who are under-represented,” Nicholson said. “I love to see people's dreams come to pass when it comes to graphic design and photography.”

One of Nicholson’s favorite things about living in Gary is how close it is to everything as well as the abundance of things to do.

Nicholson’s journey with exploring the arts is just beginning. He is also in the process of writing a book about his late father, whom he expresses gratitude for. Nicholson also offers advice to anyone who wants to be an artist.

“Do some work for free; that's the only way to hone your skills. You're not going to get clients right out of the gate,” Nicholson said. “Find organizations, find a church, find a school or something where you will be able to work consistently. Never stop creating.”